Kristof Milak, 19, won a gold medal in the 200 meters butterfly Wednesday at the 18th FINA World Swimming Championships in Gwangju, South Korea, smashing Phelps’ world record for the same event that he set in 2009, Reuters reported.

“It’s a tremendous honor to set such a great record,” Milak said according to the news organization. (RELATED: Michael Phelps And Nicole Johnson Expecting Baby Number 3) 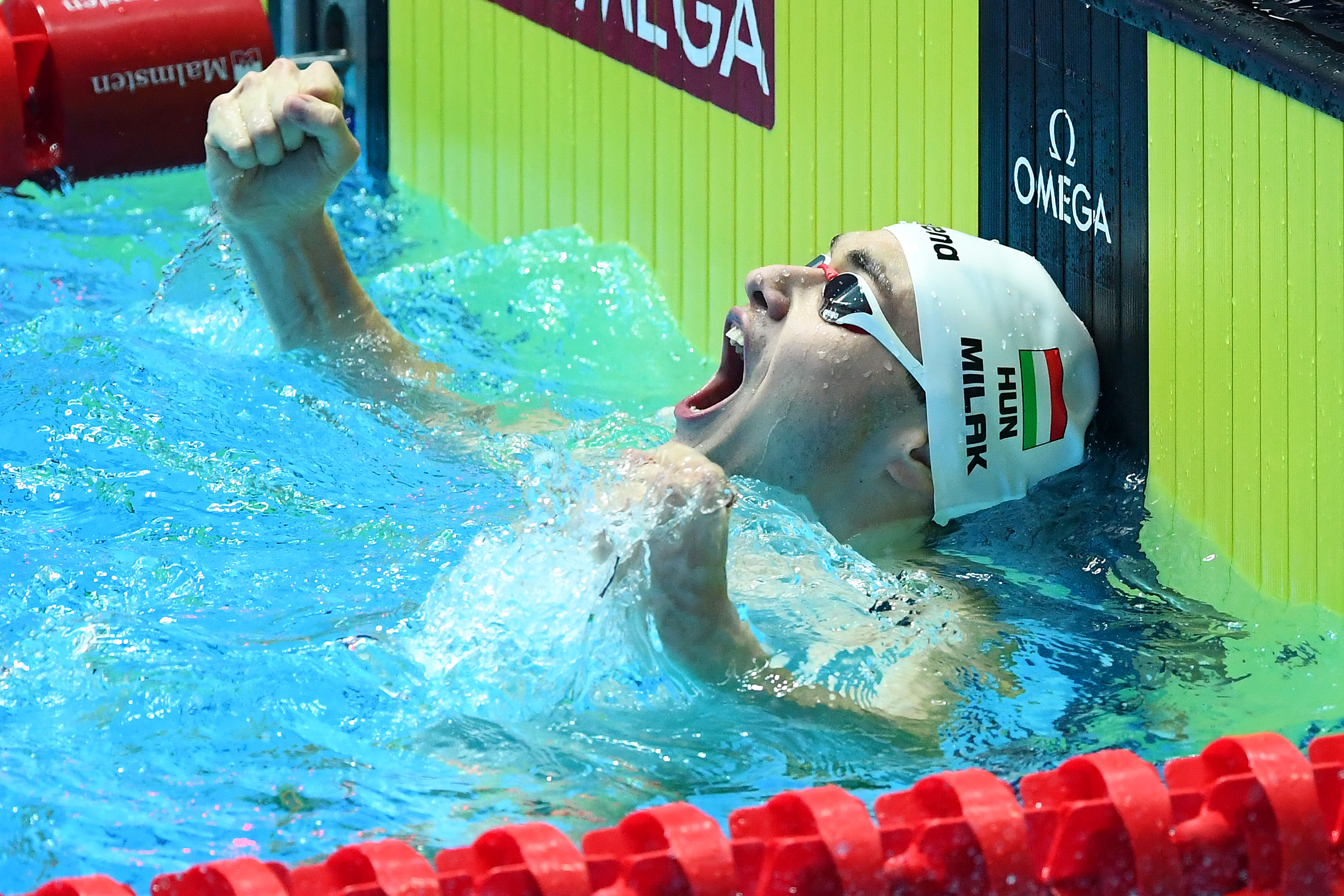 Kristof Milak of Hungary celebrates after setting a new world record of 1:50.73 in the Men’s 200m Butterfly Final on day four of the Gwangju 2019 FINA World Championships at Nambu International Aquatics Centre on July 24, 2019 in Gwangju, South Korea. (Photo by Quinn Rooney/Getty Images)

“Until 14 I was a backstroker and later I focused on the butterfly. But earlier I only did 100 meters because I wasn’t strong enough,” he continued.

Malik is the youngest swimmer to win the 200 butterfly event since Phelps won in 2003 at the age of 18, according to Reuters. He finished the event winning by 3 seconds in only 1:50.73, shaving 0.78 seconds off Phelps’ previous record, according to USA Today.