A record was set Tuesday for highest priced sneakers at a public auction after a collector paid $437,500 for a pair of 1972 Nike running shoes at a Sotheby’s event.

“I think sneaker culture and collecting is on the verge of a breakout moment,” buyer Miles Nadal, founder of financial firm Peerage Capital, said in a statement, adding he was thrilled with the purchase of a “true historical artifact in sports history and pop culture.” 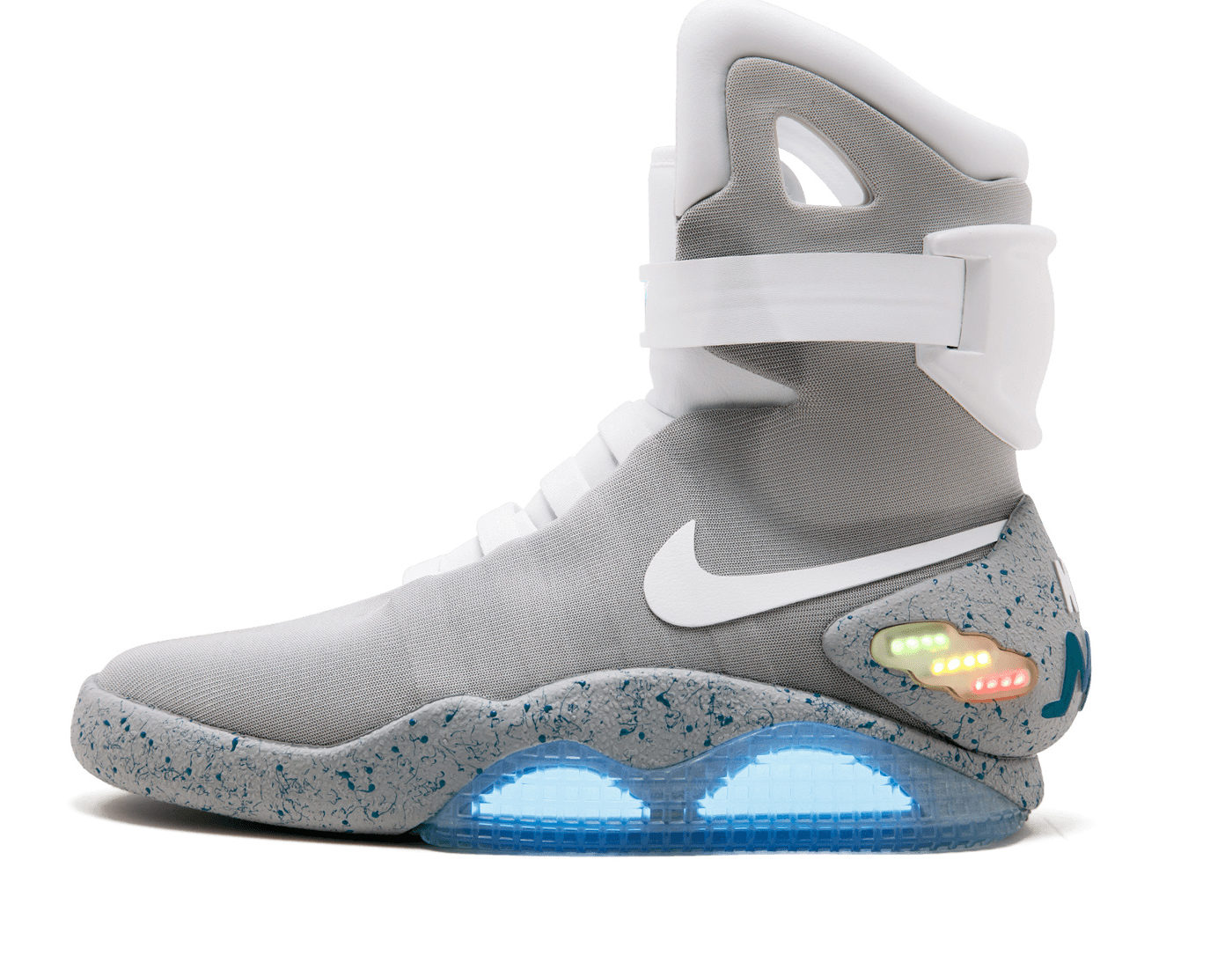 The Nike Mags sneaker, the design worn by Marty McFly character in “Back to the Future Part II” film and one of only 1,500 pairs made, is seen in this Sotheby’s image released on July 11, 2019. Courtesy Sotheby’s/Handout via REUTERS

Twelve pairs were made of the handcrafted “Moon Shoe,” which featured a waffle sole pattern reported to have been inspired by pouring rubber into a mold created with a waffle iron, according to Sotheby’s.

Sotheby’s said the pair auctioned is the only known to exist in unworn condition. (RELATED: Arizona Drops Nike Investment After Betsy Ross Shoe Is Scrapped)

The businessman, who also collects cars, reportedly paid $850,000 for 99 other pairs of rare sneakers last week through Sotheby’s in the initial phase of the auction, which was online.

Nadal’s acquisition included the 2011 and 2016 “Back to the Future Part II” limited edition Nike shoes inspired by the 1989 film starring Michael J. Fox.

He plans to display his shoe collection at his private Toronto automobile museum.

Sotheby’s reported the highest previous price recorded at a public auction for sneakers was $190,373 paid for signed Converse shoes allegedly worn by basketball player Michael Jordan in the 1984 Olympics.