The city drew attention when it initially decided to remove the word ‘Lord’ from the monument’s script. Now, the whole stone is coming down, according to a Fox report.

“Lord, I ask for courage — courage to conquer my own fears, courage to take me where others will not go. I ask for strength — strength of body to protect others and strength of spirit to lead others,” the monument reads. 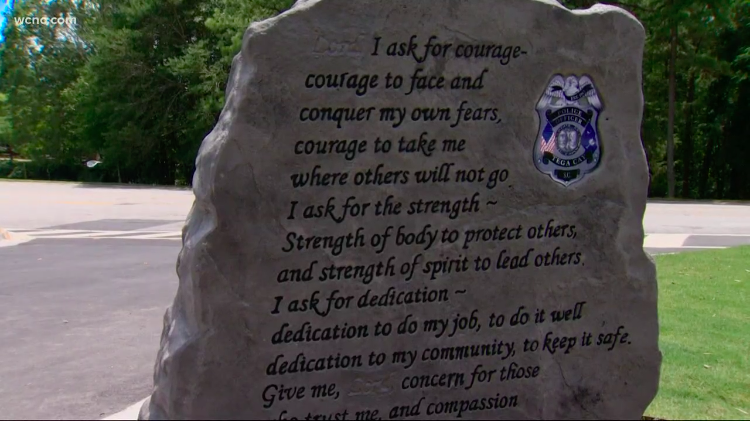 The word ‘Lord’ is painted over three times in the monument’s text per the orders of the Tega Cay City Commission. (RELATED: Boston Sued For Booting Christian Flag, While Allowing Islamic Symbols)

“We attempted to find a compromise but failed as our community has further divided. In an attempt to find a resolution, we have upset parties on both sides of this issue and for that we are truly sorry,” the city said in a statement.

Some residents are calling the monument a “violation of church and state,” while others claim “America is still a Christian nation,” WCNC reported.

“You know our creator gave us God-given rights. And last time I checked it was ‘one nation under God,'” he said, “To have this scratched-out is sad to say the least.”