Comedian D.L. Hughley slammed supporters of President Donald Trump and said that people who worship the devil are “better” humans.

The comment came during the 56-year-old comedian’s “The D.L. Hughley Show” on the TV One network, when he went on a rant about Trump supporters and said he couldn’t be friends with a “staunch” person who supported the president, Fox News reported Thursday. (RELATED: There’s A Very Simple Reason Why Colin Kaepernick Remains Unemployed) 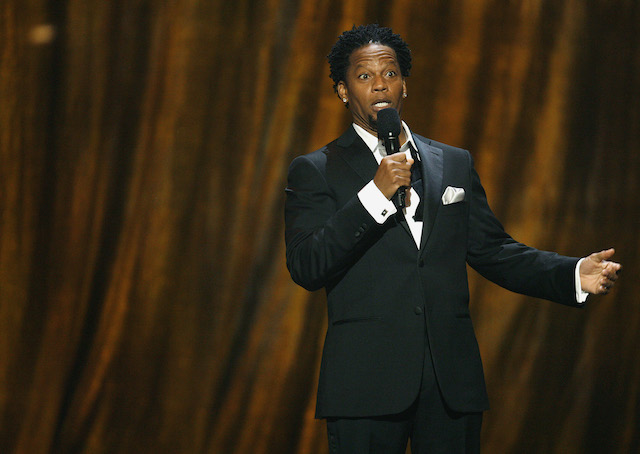 “Hell no,” he added, going on to call Trump supporters “morally vacant,” “self-centered,” and compare them to devil worshippers. (RELATED: DL Hughley: If Trump Says The N-Word ‘He’s Going To Be President Tomorrow’ [VIDEO])

“You could worship the devil and be a better human being than if you worshipped Donald Trump,” the comedian shared. “Look up the tenets of the Church of Satan … and then go to a Trump rally and you’ll feel safer around Beelzebub than this dude.”

Hughley and his panel then discussed whether it was possible to be a “good” person and be a Trump supporter.

“I don’t think you can do that,” co-host Jasmine Sanders replied. “That’s like saying ‘I’m going to eat a burnt piece of toast but scrape the burnt off.’ It still tastes burnt.”

“You can’t be a little Trump supporter,” Hughley responded. And said that, “it’s not because of his vocal supporters that he’s in power. It’s because of his benign ones.”

The comedian then took another swipe at Trump supporters and the president.

“[Trump’s] supporters are anti-Semitic,” the TV host shared. “He’s calling them racist, he’s racist … when people committed acts of violence in your name and you don’t denounce them and you still support him, you are a vacant human being.”