Facebook said Thursday it deleted over 1,800 accounts and pages from Thailand, Russia, Ukraine and Honduras that were pushing political propaganda.

The removal consisted of 294 individual accounts, 1,509 pages and 32 groups with a collective following of more than 274,000 users that participated in “coordinated inauthentic behavior,” according to Thursday statement from Facebook’s head of cybersecurity policy, Nathaniel Gleicher.

Facebook said all of the accounts were created to “mislead others about who they were and what they were doing.” (RELATED: Did Russian Facebook Ads Actually Have Any Effect On The 2016 Presidential Election?)

“In each of these cases, the people behind this activity coordinated with one another and used fake accounts to misrepresent themselves, and that was the basis for our action,” the statement continued, adding that Facebook has shared the information they discovered with law enforcement.

Twelve accounts and 10 pages from Thailand with a collective following of over 38,000 were removed coordinated inauthentic behavior focused mainly on the U.S. and Thailand. 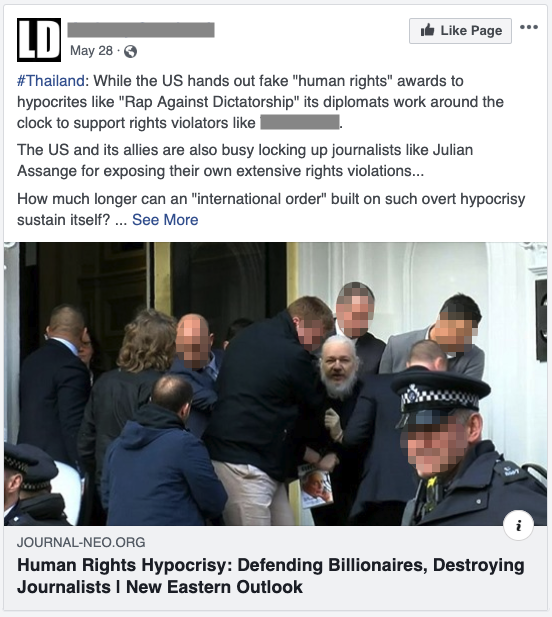 Gleicher told Reuters Thursday that the tech giant was “able to determine conclusively that some of the activities of this network was linked to an individual based in Thailand associated with New Eastern Outlook, a Russian government-funded journal based in Moscow.”

Facebook also removed 101 accounts, 11 pages and 32 groups with a total of over 170,000 followers linked to Ukraine ahead of the country’s election. Posts from these accounts were targeted mostly toward Ukrainian and Russian users. (RELATED: Meet The Conservatives Who Don’t Want To Regulate Big Tech)

Additionally, the social media company removed 181 accounts and 1,488 pages with a total of about 120,000 followers linked to Honduras. Some of the accounts that posted positive messages about Honduran President Juan Orlando Hernández were operated by people with ties to the government of Honduras, Reuters reported. 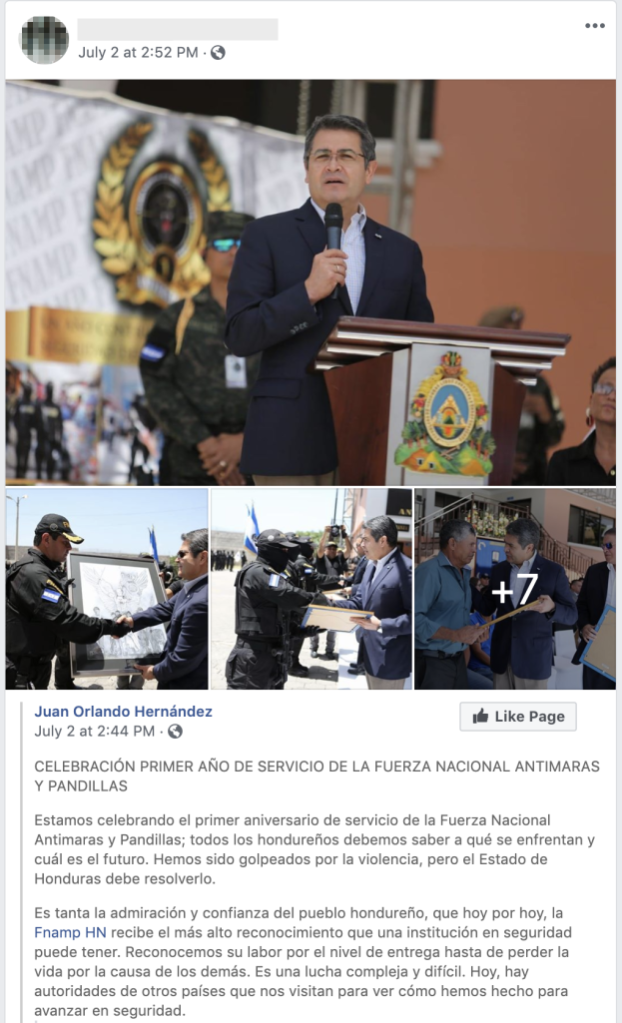 Gleicher defined coordinated inauthentic behavior in a 2018 Facebook Newsroom video as instances when “pages or people work together to mislead others about who they are or what they’re doing.”