Jimmy’s Famous Seafood announced the launch of a new beer called “PETA Tears” to commemorate the one-year anniversary of their Twitter feud with the animal rights organization, PETA. 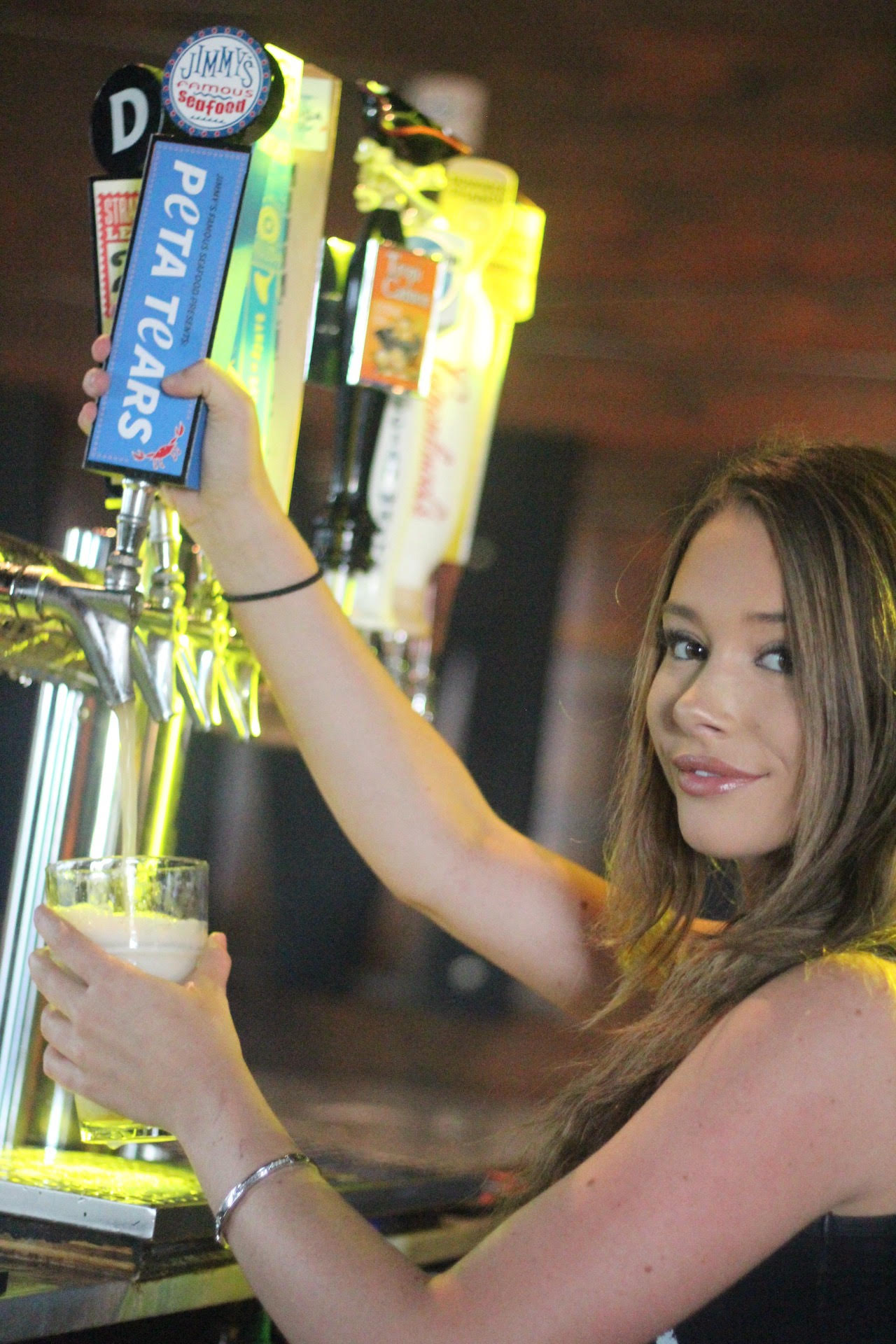 “It’s a process. You don’t just wake up one day and make a beer. It’s something a lot of our social media followers requested,” Minadakis said.

The spat began when People for the Ethical Treatment of Animals (PETA) erected a large billboard across from Minadakis’ restaurant. The billboard featured an image of a crab with the text, “I’m ME Not MEAT.”

But the crustacean-craving staff disagreed with the message, and hit back in more ways than one. They posted a billboard of their own and clapped back on Twitter.

Maryland crab restaurant hits back at PETA’s billboard with its own https://t.co/L1iCTcEeeP

They even took a trip behind enemy lines.

Come outside and show your face @peta. pic.twitter.com/JHwPtZhboA

Minadakis may joke on Twitter, but he feels this “attack was personal.” No crab means his 128-member staff become unemployed, and Maryland’s famed seafood festivals would have a permanent void.

“Tens of thousands of people throughout the state depend on crab. How are they going to feed their families?” he asks.

PETA is not a fan of Minadakis’ new lager or the Maryland crab industry.

“Instead of trying too hard with yet another silly bid for relevancy, this restaurant could simply add vegan options—or switch to an entirely vegan menu—and PETA would be happy to give it the attention that it craves and even send customers its way,” PETA Senior Vice President Lisa Lange told the DCNF, “Who knows—maybe we’d even hold a staff party there. Why fight when you can switch?

Minadakis hit back with a host of retorts. (RELATED: PETA Just Rolled Out A Campaign To Stop ‘Anti-Animal Language.’ Let’s See How It’s Going)

“I find it ironic that the company responsible for Holocaust On Your Plate and breast milk ice cream accuse others of ‘silly bids for relevancy,”’ he said, “When [PETA] gets its animal kill rate under 70%, we’ll talk about letting you eat here.”

PETA’s Holocaust Campaign that started in 2004 was banned in Germany in 2013. Images showed animals in similar predicaments as victims of the holocaust, according to an article on their site. PETA also engages in euthanasia.

“Mess with the crab, get the claws,” he tells the DCNF.