A federal judge in California barred the Trump administration from enforcing new rules meant to curb the number of asylum applications at the southern border Wednesday night.

The decision came just hours after a different federal judge in Washington, D.C., rebuffed a similar request from similar plaintiffs.

“The right to determine whether a particular group of applicants is categorically barred from eligibility for asylum is conferred on Congress,” U.S. District Judge Jon Tigar’s order reads. “Congress has empowered the attorney general to establish additional limitations and conditions by regulation, but only if such regulations are consistent with the existing immigration laws passed by Congress. This new rule is likely invalid because it is inconsistent with the existing asylum laws.”

The administration finalized a new asylum rule on July 16 providing that asylum-seekers must first apply for protection “in at least one third country through which they transited en route to the United States.” The rule provides several exceptions, including one for victims of human trafficking. New rules and regulations are subject by law to a public comment period before publication. The government invoked a work-around for that requirement, saying the order relates to the military and foreign affairs.

Tigar questioned whether countries like Mexico and Guatemala, states through which migrants often pass on their way to the U.S., are capable of accommodating large numbers of aliens. Failure to prove places like Mexico offer a “feasible alternative” for asylum-seekers renders the government’s action “arbitrary and capricious,” Tigar said.

“The administrative record consists of human rights organizations documenting in exhaustive detail the ways in which those seeking asylum in Mexico are subject to violence and abuse from third parties and government officials, denied their rights under Mexican and international law, and wrongly returned to countries from which they fled persecution,” Tigar wrote. (RELATED: There’s A Full-Fledged Fight Over The Wall Going On In The Supreme Court) 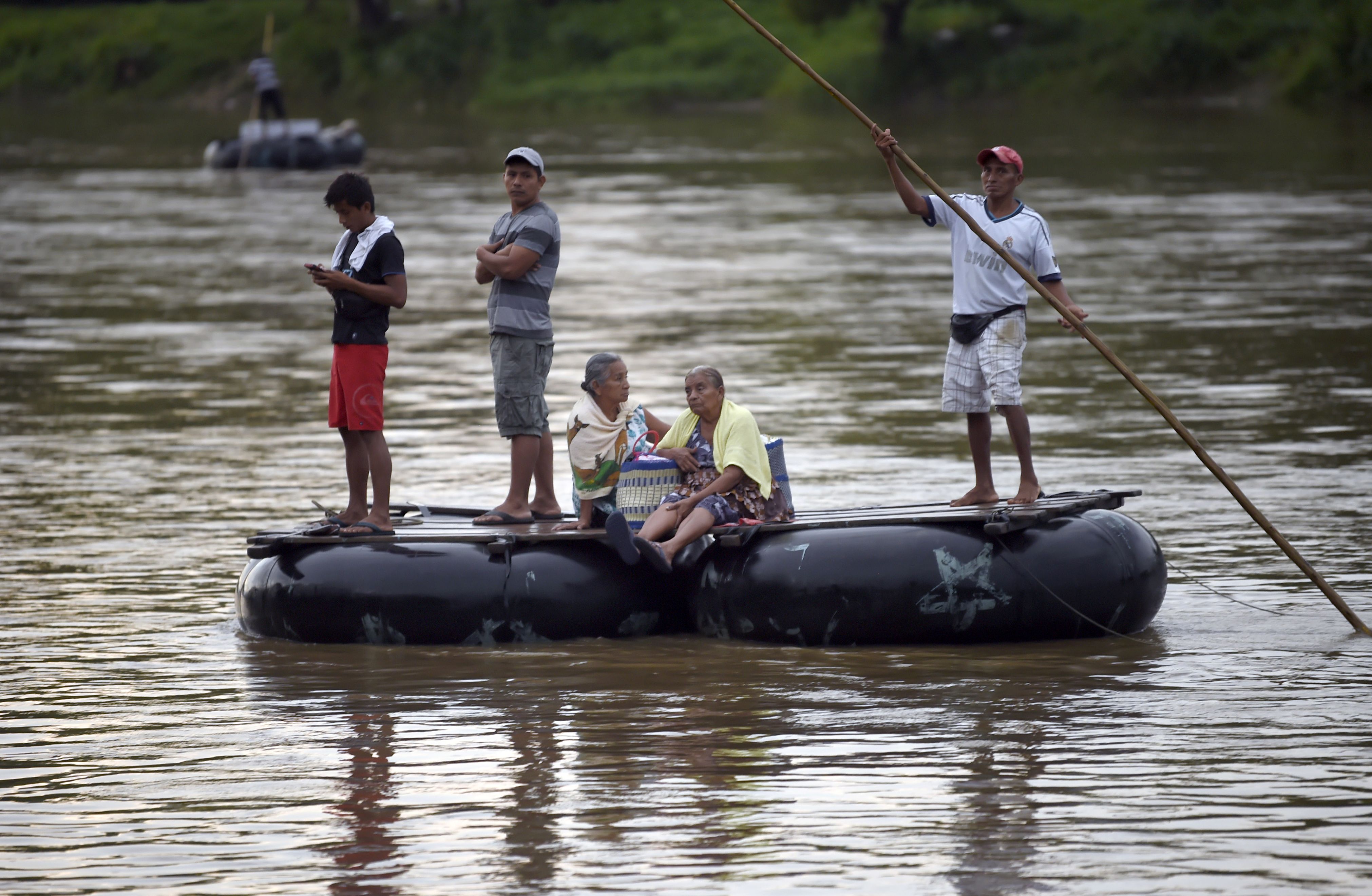 Guatemalan migrants use a makeshift raft to illegally cross the Suchiate river from Guatemala to Mexico, on July 22, 2019. (Alfredo Estrella/AFP/Getty Images)

The American Civil Liberties Union (ACLU) led a coalition of plaintiffs challenging the new asylum rules in the California court.

President Donald Trump issued a proclamation revoking asylum eligibility for migrants who cross the border illegally in November 2018. Tigar blocked the order shortly after it took effect. The 9th U.S. Circuit Court of Appeals upheld that decision in December 2018.

Though Tigar was not initially slated to hear Wednesday’s dispute, he reassigned the matter to himself on July 17, saying the matter is similar to the November case.

A different federal judge in Washington, D.C., sided with the government in a separate challenge to the new rule from another coalition of immigrant advocacy groups. That victory proved short-lived, however, since Tigar said his ruling applies across the entire country.

Speaking after Tigar’s decision, White House press secretary Stephanie Grisham said the rule was a valid exercise of the administration’s power to limit asylum eligibility. She also noted Tigar’s decision came shortly after “a ruling from another federal judge earlier in the day rejecting the same request by other plaintiffs.”

“The tyranny of a dysfunctional system that permits plaintiffs to forum shop in order to find a single district judge who will purport to dictate immigration policy to the entire nation — even in the face of a contrary ruling by another federal court — must come to an end,” she said. “We intend to pursue all available options to address this meritless ruling and to defend this nation’s borders.”