Conservatives in the House Freedom Caucus said they were voting “no” on the White House and congressional leaders’ budget deal Thursday and called on House Speaker Nancy Pelosi to keep Congress in session instead of going into August recess.

The bill passed 284 to 149 Thursday, and roughly twice as many Republicans voted against the bill as for it. Freedom Caucus member and Tennessee Republican Rep. Mark Green spoke with the Daily Caller News Foundation why he was voting against the deal in an interview hours before.

“I made a promise to my constituents that I wouldn’t vote for spending increases without offsets. … The president’s initial budget is the right one to go with, but of course the Democrats won’t even let us look at that. Here we go again being strong-armed by the Democrats, who don’t care about budget. We have to, in order to get the military funded — the president is forced into an impossible situation,” Green said. (RELATED: Democrats In Congress Probably Won’t Like The Budget Deal)

More than 30 Republicans in the Freedom Caucus signed a letter Thursday requesting the House stay in session until members vote on Immigration and Customs Enforcement (ICE) funding and address issues affecting the southern border like asylum loopholes. 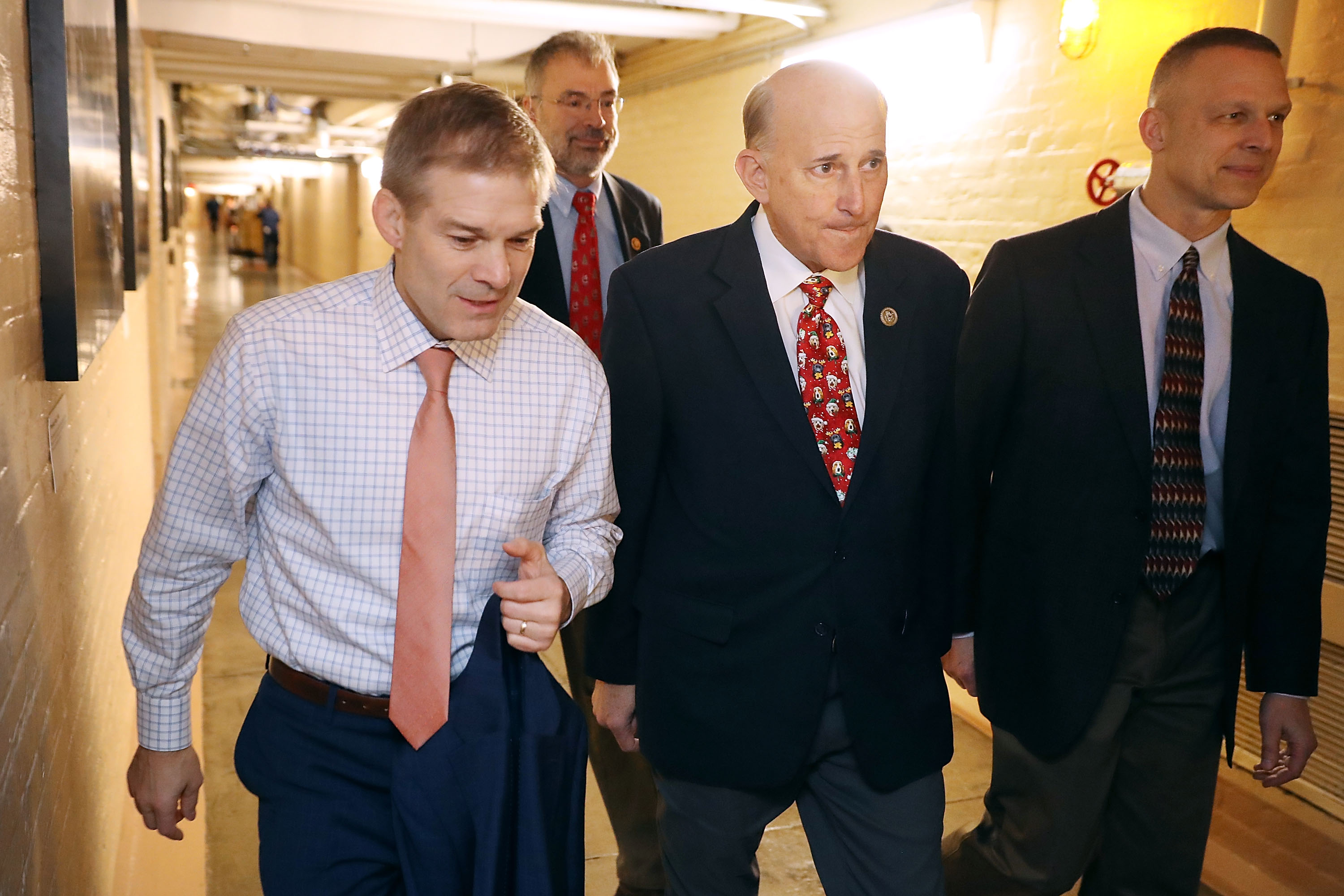 Members of the House Freedom Caucus, including Rep. Jim Jordan and Rep. Louie Gohmert, arrive for a House Republican Conference meeting in the basement of the U.S. Capitol on Dec. 18, 2017 in Washington, D.C. (Photo by Chip Somodevilla/Getty Images)

“ICE is using all the tools and resources at their disposal to house, process, and care for the hundreds of thousands of migrants crossing our southern border each month. They are overwhelmed. They’ve told Congress time after time they are overwhelmed, yet we have refused to supply them with the tools they need,” the letter stated.

The Trump administration and congressional leaders from both sides of the aisle struck the budget deal Monday. It would suspend the debt limit until July 31, 2021.

“I think we could find $500 million by defunding Planned Parenthood. That’s a big chunk, a big place to start,” Green told the DCNF Thursday.

House Republicans should support the TWO YEAR BUDGET AGREEMENT which greatly helps our Military and our Vets. I am totally with you!

“House Republicans should support the TWO YEAR BUDGET AGREEMENT which greatly helps our Military and our Vets. I am totally with you!” he wrote on Twitter.