Suppressing testosterone levels in male athletes isn’t enough to eliminate their natural advantages over female athletes, according to a recently published paper in the Journal of Medical Ethics.

The paper’s findings contradict congressional Democrats’ claim that male athletes who identify as transgender don’t have an inherent advantage over their female competitors.

The paper, “Transwomen in elite sport: scientific and ethical considerations,” concluded that male athletes who identify as transgender women have an “intolerable” advantage over their female competitors.

The authors, two bioethics professors and a physiology professor, noted that “there is very little scientific evidence” to support the argument that “hormone therapy will mitigate the advantage transwomen may have in comparison with cis-women athletes.”

The authors cited research showing that “healthy young men did not lose significant muscle mass (or power) when their circulating testosterone levels were reduced to [below International Olympic Committee guidelines] for 20 weeks.”

“Moreover, retention of muscle mass could be compensated for by training or other ergogenic methods,” the study continues. “In addition, the phenomenon of muscle memory means muscle mass and strength can be rebuilt with previous strength exercise making it easier to regain muscle mass later in life even after long intervening periods of inactivity and mass loss.”

The authors noted that “indirect effects of testosterone will not be altered by hormone therapy. For example, hormone therapy will not alter bone structure, lung volume or heart size of the transwoman athlete, especially if she transitions postpuberty, so natural advantages including joint articulation, stroke volume and maximal oxygen uptake will be maintained.”

Unlike the authors, Democrats in Congress have repeatedly downplayed the competitive advantage that biological males have when competing in female athletics.

“The myth that trans women have a ‘direct competitive advantage’ is not supported by medical science, and it continues to stoke fear and violence against one of the most at-risk communities in the world,” Democratic Minnesota Rep. Ilhan Omar wrote in a January letter to Minnesota Attorney General Keith Ellison, urging him to investigate USA Powerlifting for barring male weightlifters from female events.

Ellison said the matter was out of his jurisdiction. 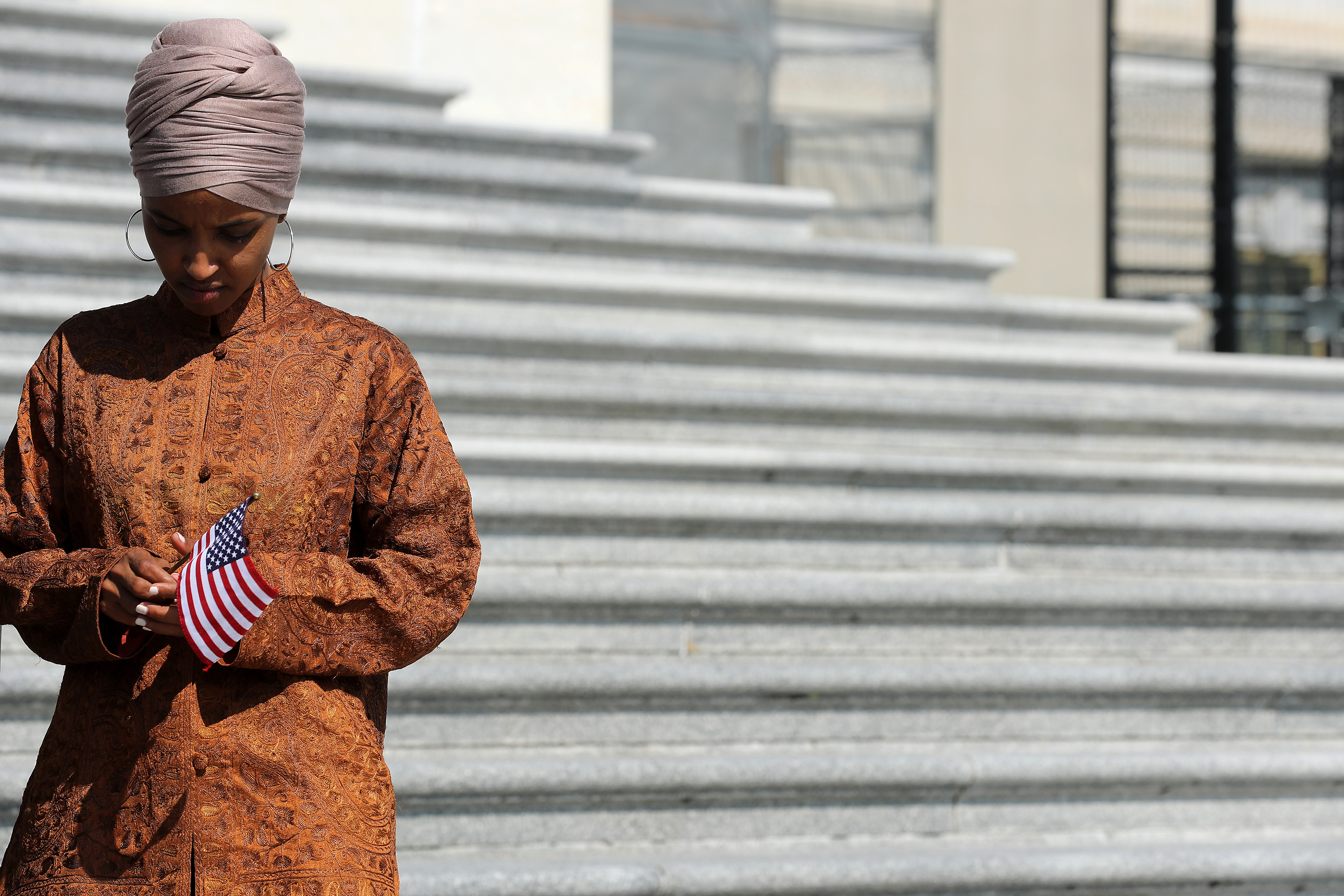 Democrats’ Equality Act would make “gender identity” a protected category under federal anti-discrimination laws, which would force public schools to expand female athletic teams to include biological males who identify as transgender girls.

“Many states have sexual orientation and gender identity nondiscrimination laws, and all of them still have women’s sports,” House Judiciary Chairman Jerry Nadler said during a committee hearing on the bill in April.

“Arguments about transgender athletes participating in sports in accordance with their gender identity having competitive advantages have not been borne out,” the New York Democrat continued.

“This is fear-mongering about transwomen playing in sports. Are you kidding me?” the California Democrat said during the bill’s floor debate in May.

The House passed the bill in May with unanimous support from Democrats, though the Republican-controlled Senate is unlikely to vote on it. Democratic presidential frontrunners have pledged to prioritize the bill’s passage if elected.

Spokespersons for Hill, Nadler and Omar didn’t return requests for comment on the research challenging their positions. 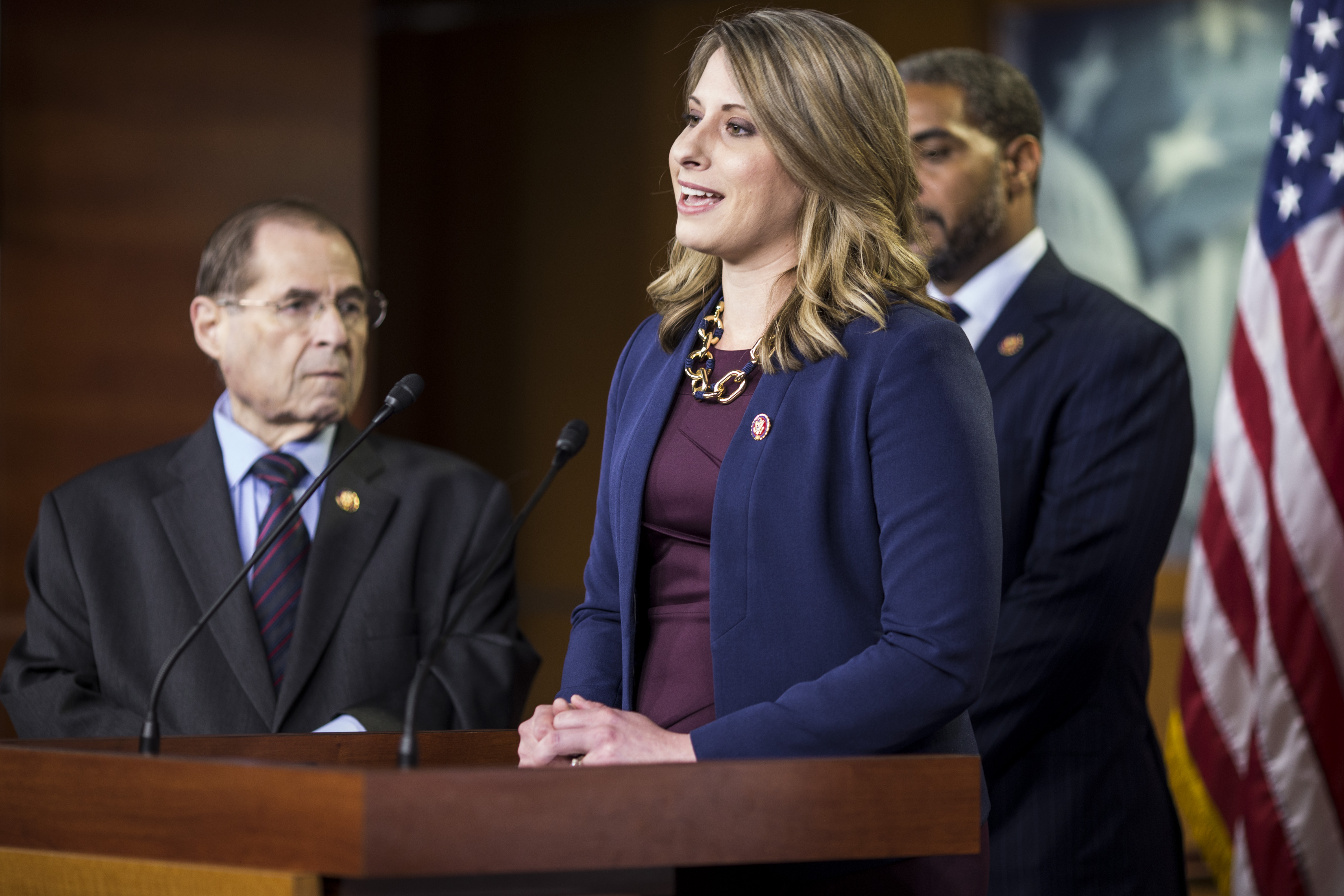 Male athletes have racked up victories in girls’ and women’s sports. A biological male, Laurel Hubbard won two gold medals in women’s weightlifting at the 2019 Pacific Games earlier this month.

Two biologically male runners, both of whom identify as transgender, have dominated high school girls’ track in Connecticut, leading at least one female competitor to cry foul.

Franklin Pierce University (FPU) runner CeCe Telfer, a biological male, won an NCAA women’s championship in May. Telfer won the DII women’s 400-meter hurdles by more than a second. Telfer previously ran a variety of events for Franklin Pierce’s men’s team, during most of which time he went by the first name Craig, according to school records.

NCAA policy is that male athletes who identify as transgender can compete on women’s teams if they suppress their testosterone levels for a full calendar year. The NCAA in 2011 published an explainer calling it “not well founded” to assume “that being born with a male body automatically gives a transgender woman an unfair advantage when competing against non-transgender women.”