Former UFC middleweight champion and MMA legend Anderson “Spider” Silva of Brazil is now officially a U.S. citizen after being sworn in this week at a ceremony in Los Angeles.

The 44-year-old mixed martial arts great took his oath of citizenship to the USA along with thousands of others at a naturalization ceremony on July 23 held at the LA convention center, according to CNN in a piece published Friday. (RELATED: Melania Trump’s Parents Sworn In As US Citizens) 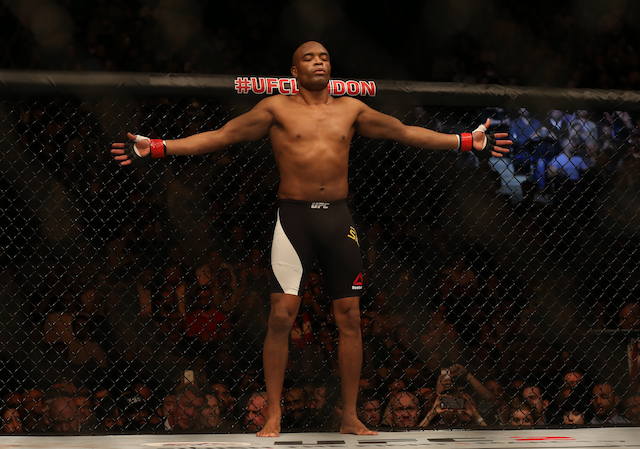 Silva, born in Sao Paulo and raised in Curitiba, has lived in Los Angeles for the last ten years and has sought citizenship for over a decade.(RELATED: LEGALLY! — Melania’s Parents Are Becoming Americans The Right Way)

“I feel very happy, you know, it’s a great moment for me and my family,” the MMA champion explained, per the Associated Press.

“Everything USA (gave) for us, it’s time to give back, you know,” he added. “I have my family in Brazil. I have my mom and my brothers in Brazil. But I think this is my country now.”

Silva continued while explaining that there is more opportunities for his family in the US than Brazil after both is son, Kalyl, 20, and daughter Kaory, 23 took the oath alongside him.

“We were really excited, especially with learning the language, and I’m going to college,” Silva’s daughter shared.

The “Spider” has quite the accomplishments as a fighter holding the UFC middleweight champion title for the longest in the sports history, with 16 consecutive victories from 2006 to 2013.

He is currently ranked 15th in the UFC middleweight rankings and holds a record of 34-10.