An armed bystander thwarted a robbery at a 7-Eleven early Thursday in Virginia Beach by shooting both suspects, killing one, police reported.

Called a “hero” by witnesses, the customer, who police say had a concealed carry permit, killed one suspect and injured another during the 2 a.m. attempted robbery, WTKR reported.

“One guy went around the counter and started grabbing money out of the register, started putting it in his pocket,” said witness Barrie Engel, a woman who was inside the store, according to 13 News Now.

Engel said an armed bystander inside the store opened fire on the suspected robbers. “Next thing I know I heard a gunshot and I just dropped to the ground and covered my head and prayed to God that this wasn’t my last day.”

“He’s a hero, that’s what that man is. Thank God he was here,” Engel added. 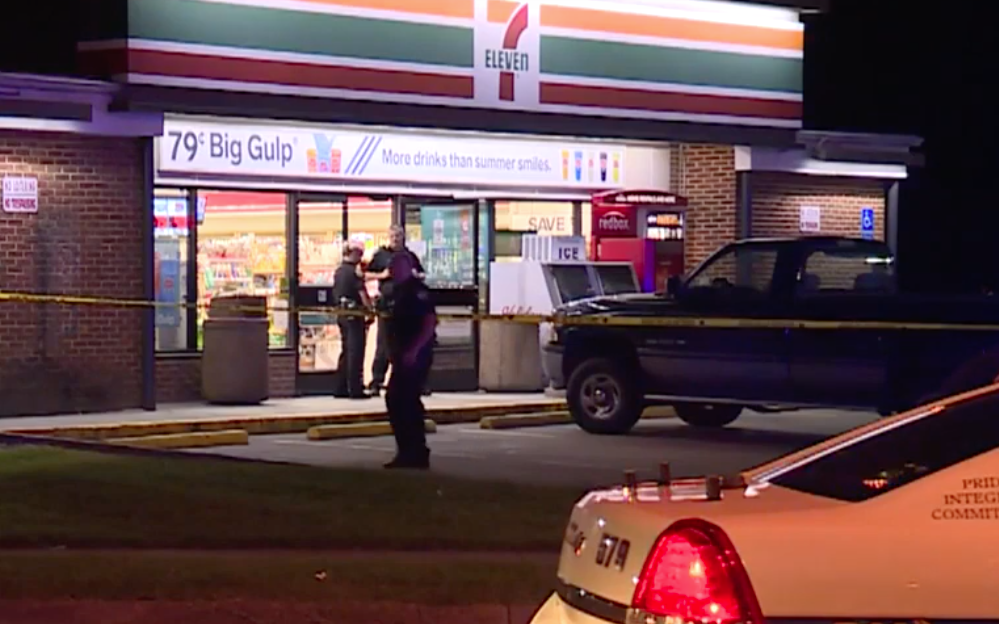 Customer at a 7-Eleven store in Virginia shot two suspects who were allegedly trying to rob the business July 25, 2019. Photo Youtube screenshot courtesy of WAVY.

The suspect killed was identified by police as Michael Moore, 18, according to 13 News Now. The other robber was identified as Ronald Lee Brookins, Jr., 18.

Brookins was transported to the hospital for treatment. His condition was not disclosed by police. He is charged with two counts of use of a firearm in the commission of a felony, two counts of conspiracy to commit a felony, abduction and wearing a mask in public.

Another man, Deric Breon Simmons, 19, was arrested outside the 7-Eleven and is charged with two counts of robbery and two counts of use of a firearm in the commission of a felony. (RELATED: Seattle Woman Shoots Armed Burglary Suspect With A Rifle)

Police believe the suspects are connected to three or more other robberies in the Virginia Beach area that night.

Simmons and Brookins are being held in the Virginia Beach Correctional Center without bond.