A new South Dakota law set to go into effect for the 2019-2020 school year requires all public schools to hang the national motto, “In God We Trust,” up in prominent locations on school grounds.

This new law, signed by Governor Kristi Noem in March, says the motto must be on an easily readable, 12-by-12 inches display in prominent locations like entryways, cafeterias and common areas, Rapid City Journal reported.

The display can be a plaque, student art project or whatever other form the principal approves. The lawmakers who drafted and supported this law were hoping to bring patriotism back into schools, according to the Journal. (RELATED: Florida House Passes ‘In God We Trust’ Bill For Public Schools Following Parkland Shooting) 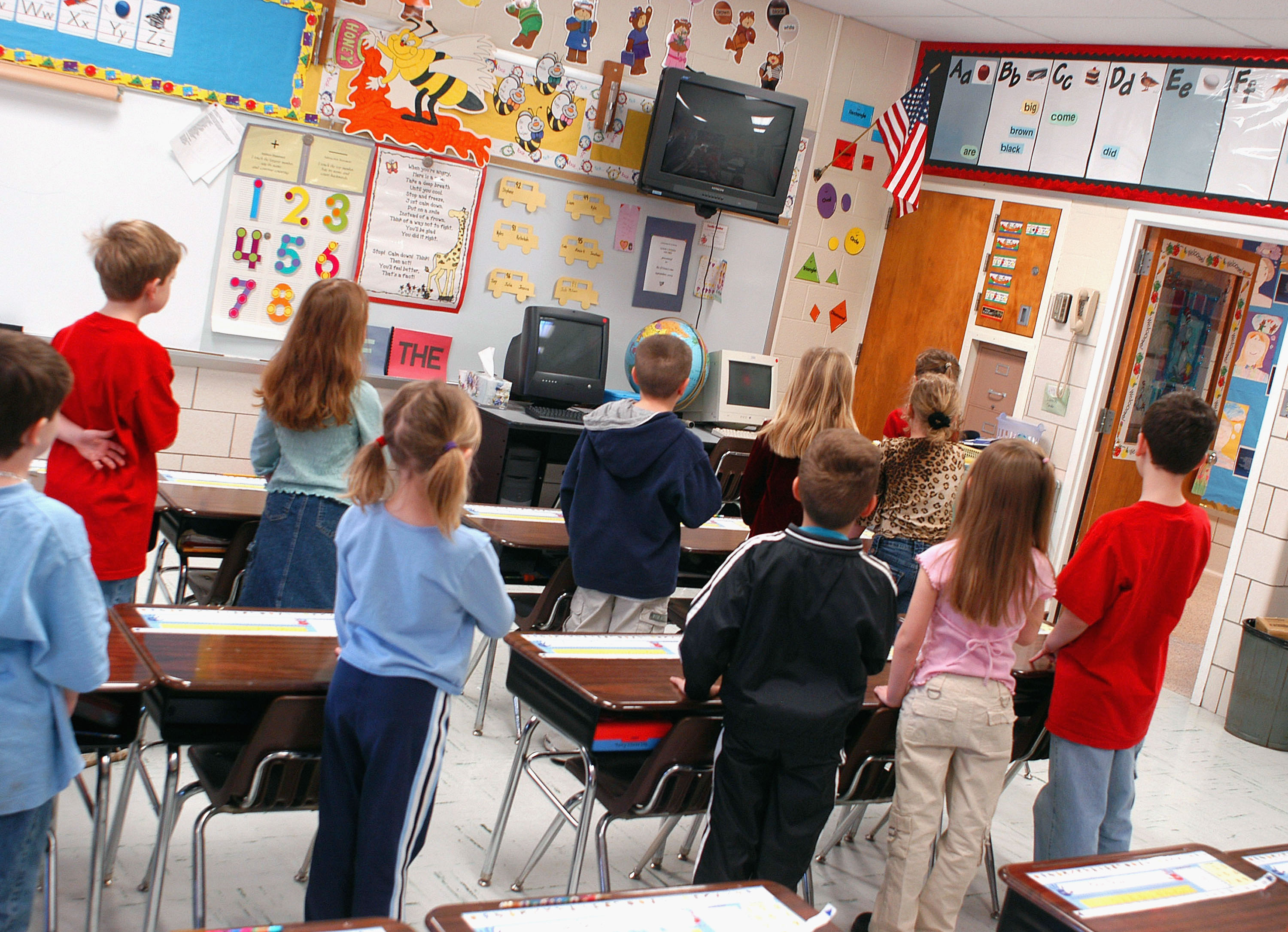 WARMINSTER, PA – MARCH 24: First graders at Longstreth Elementary School pledge allegiance to the flag March 24, 2004 in Warminster, Pennsylvania. An atheist parent, Michael Newdow, of Sacramento, California is scheduled to be heard by the Supreme Court today to defend his position that the “Under God” in the Pledge of Allegiance is unconstitutional. If the Supreme Court upholds and expands their original ruling, which affected western states, all U.S. children will be affected. (Photo by William Thomas Cain/Getty Images)

“Some have plaques. Others have it painted on the wall, maybe in a mural setting,” Wade Pogany, Associated School Boards of South Dakota executive director told the Associated Press.

There was a group of students in May who asked their school board to have versions of the motto to include Buddha, Yahweh, Allah and science and spirit terms, the Journal reported. One of the students said the motto favors Christianity. (RELATED: ACLU Helping Atheist Fight To Remove ‘In God We Trust’ Display)

However, Rapid City District spokesperson Katy Urban said, “To my knowledge there’s been no discussion among the board about any alternative.”

The Associated School Boards of South Dakota said they were okay with this law as long as the state gave schools legal protection, according to Pogany.

South Dakota’s 149 districts will have the nation’s motto hung up this school year. “In God We Trust” became the United State’s official motto when President Dwight D. Eisenhower signed it into law in 1956.