Aras Agalarov, the Azerbaijani-Russian billionaire who hosted President Donald Trump at the Miss Universe pageant in Moscow in 2013, says claims Trump engaged with prostitutes during his visit are “crazy nonsense.”

Former British spy Christopher Steele claimed in his dossier that Russian intelligence services were blackmailing Trump with footage of him with prostitutes at the Ritz-Carlton in Moscow in November 2013, while he was attending the Miss Universe pageant. Agalarov and Trump partnered to host the event, and Trump was with the Russian businessman during his visit.

Steele, who was working for the DNC and Clinton campaign during the 2016 campaign, alleged that the video showed Trump watching as the prostitutes urinated on each other, in a so-called “golden shower” scene.

Agalarov, who controls a multi-billion dollar real estate empire, has not spoken publicly about the rumored tape in the 30 months since BuzzFeed published the dossier (on Jan. 10, 2017).

But in an interview with The Bell, a Russian news outlet not affiliated with the government, Agalarov said Trump would not have had the time to take part in what the dossier described.

“He spent the whole first day with us, then allegedly invited prostitutes to his room, in the morning he went to meet with businessmen early, then until two in the morning he was with me, the next morning to the contest, and immediately flew away,” he said, according to a translation of the interview.

“This is crazy nonsense.” 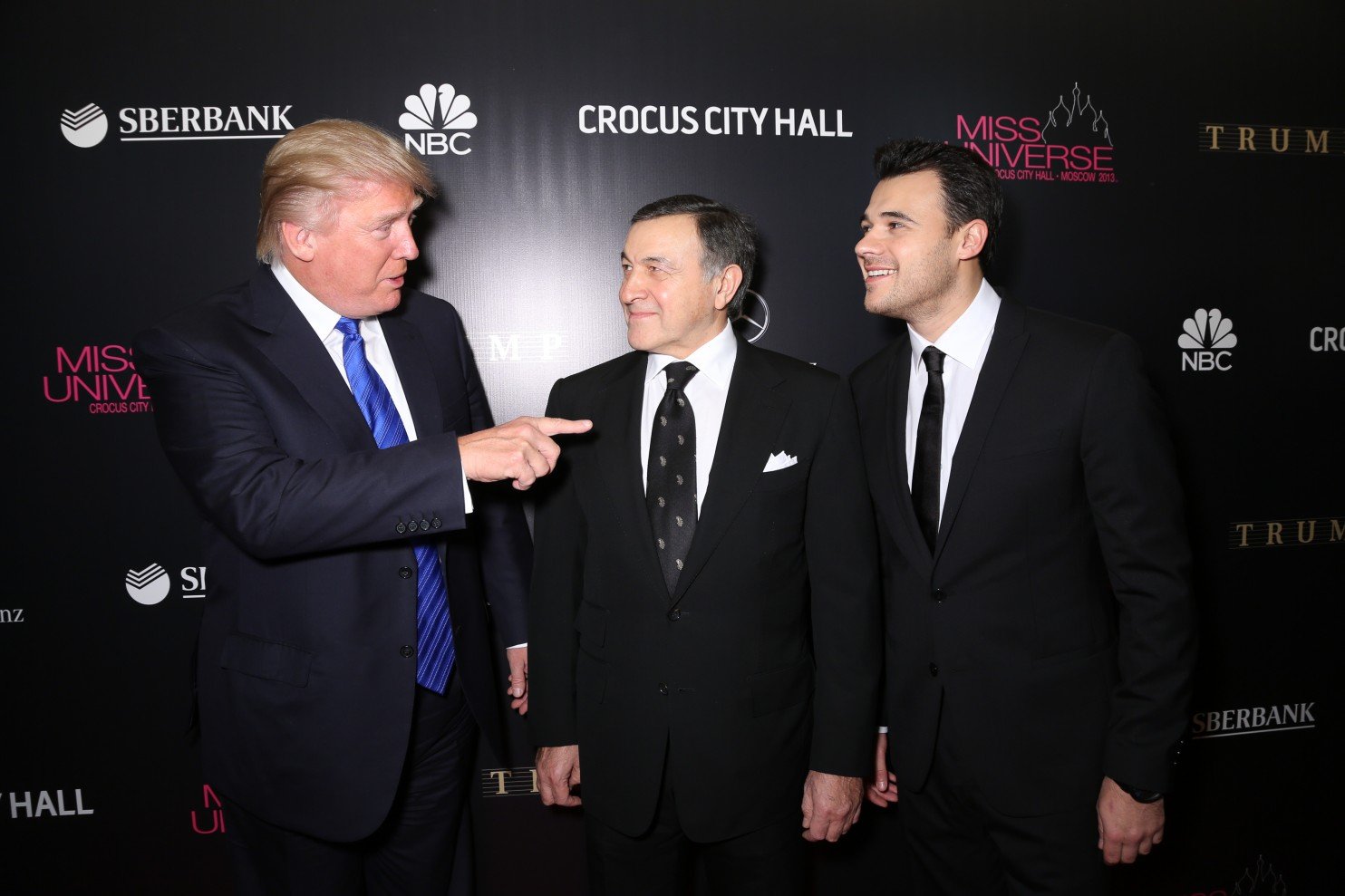 No evidence of a tape has emerged, and people who were with Trump during his stay in Moscow have said that he spent only several hours in his hotel room, making it unlikely that the events could have unfolded as described.

Trump’s longtime bodyguard, Keith Schiller, told the House Intelligence Committee that the dossier’s allegations were false. He did say that he denied an offer from someone at the event to send five women to Trump’s hotel room. Schiller said he and Trump joked about the offer on the way back to his room for the night.

Rob Goldstone, a publicist for the Agalarov family, has also said there would have been almost no time for Trump to frolic with prostitutes. Trump turned in to his room around 2 a.m. and was at a video shoot for Emin Agalarov early the next morning, Goldstone has said. (RELATED: Rob Goldstone On Dossier’s ‘Golden Shower’ Claim: ‘Well, When Would It Have Happened?’)

“Well, when would it have happened?” he said in an interview with The Daily Caller News Foundation last year.

While Trump has vehemently denied the allegation of a tape, the special counsel’s report did not settle the question and some of the Republican’s detractors have suggested the footage could indeed exist.

But Michael Cohen, who cooperated with the special counsel against Trump, told the House Intelligence Committee that he believed rumors of the tape to be false. He said that he personally investigated whether the tapes existed and decided they likely did not. He also described having a frank conversation with Trump before the 2016 election about the tape allegations, but that Trump denied the incident occurred.

Many of Steele’s allegations have been all but debunked. Steele himself reportedly told associates that he was “fifty-fifty” on whether the golden showers incident occurred. And Glenn Simpson, the founder of Fusion GPS, the firm that hired Steele, reportedly expressed doubts about the reliability of the main source for the pee tape claim.

The special counsel’s report undercut the dossier’s main claim that the Trump campaign was involved in a “well-developed conspiracy of co-operation” with the Russian government. The special counsel found no evidence that the two sides conspired.

The report also accepted Cohen’s denial of the dossier’s claim that he visited Prague in August 2016 in order to meet with Kremlin insiders. Cohen has said all of the dossier’s allegations about him are false.