U.S. Custom and Border Protection officers seized more than 314 pounds of hard drugs at the Port of Nogales last weekend, according to a CBP press release.

CBP officers confiscated more than 314 pounds of methamphetamine, cocaine, heroin and fentanyl. CBP is holding four U.S. citizens and a Mexican native in custody in connection to the busts.

Officers at the Mariposa Crossing referred a 19-year-old Tucson man for further inspection after he tried to enter the U.S. from Mexico Friday afternoon, according to CBP. A narcotics detection canine alerted to the presence of a suspicious smell.

The officers found more than 90 packages of methamphetamine. The packages weighed nearly 107 pounds, and contained roughly $320,000 worth of drugs. 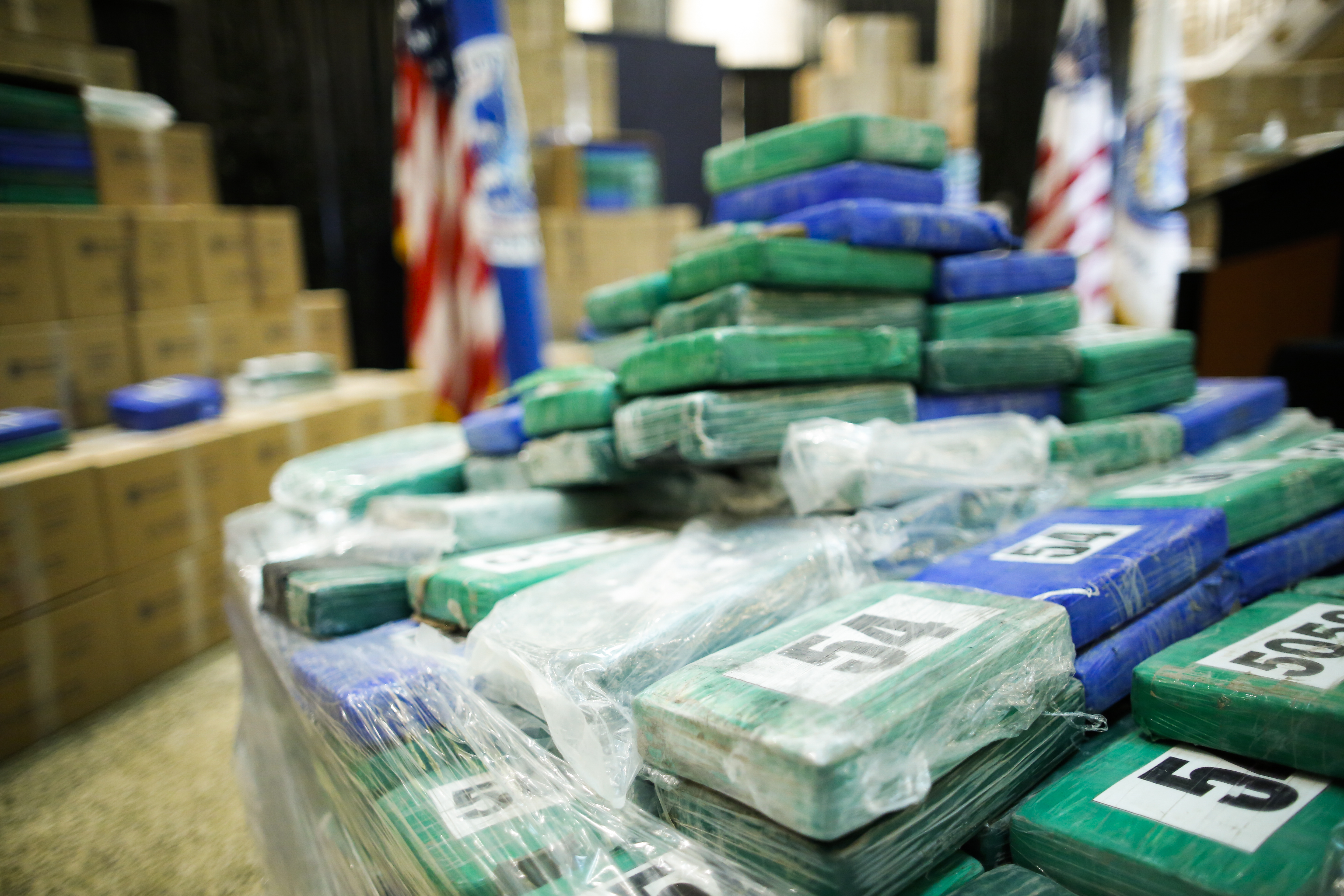 US Customs and Border Protection seized over 17.5 tons of cocaine worth more than $1 billion at a Philadelphia seaport.
(Photo by Eduardo Munoz Alvarez/Getty Images)

Officers at the Morley Pedestrian Crossing referred a 60-year-old Tucson woman and her 40-year-old daughter for an additional search after they tried to enter the U.S. from Mexico, according to CBP. The mother was carrying five packages of drugs around her waist. The daughter was carrying two packages around her upper torso.

With them were more than four pounds of fentanyl, worth nearly $50,000, and two pounds of methamphetamine, worth $7,000, in addition to a small amount of heroin, worth $1500. (RELATED: Border Patrol Finds Half A Ton Of Marijuana In Texas, With $1 Million Street Value)

Saturday morning, officers at the Mariposa Crossing arrested a  31-year-old Mexican woman found with 11 pounds of heroin, worth nearly $305,000, and a small amount of fentanyl.

That same day, officers at the Mariposa Crossing arrested a 56-year-old Mesa woman whose vehicle contained 121 pounds of heroin, worth nearly $3.26 million, nearly 65 pounds of meth, valued approximately at $194,000, and five pounds of fentanyl, worth $69,000.

CBP stated the officers seized all drugs and vehicles. The officers also apprehended the subjects and turned them over to U.S. Immigration and Custom Enforcement’s Homeland Security Investigations.

Last week the Department of Homeland Security’s Office of the Inspector General released a report which argues that the increasing amounts of fentanyl seizures at the Mexico-United States border is putting CBP officers at a greater risk of exposure. In response, the CBP said it would update its policies in order to address this issue.

“With the recent rise in fentanyl seizures, CBP staff now routinely handle fentanyl more than ever,” said the report. “However, without the easy access to naloxone in case of exposure, CBP is unnecessarily jeopardizing the lives, health and safety of its staff.”