A shooting at a community event in Brownsville, Brooklyn, Saturday night left 1 man dead and 11 people injured according to law enforcement.

“It was chaos. … We were enjoying the evening and all of a sudden shots rang out. … Shots rang out and the crowd was already dispersing, and you heard about nine to 11 shots and everyone was running and scattering for cover,” vendor Gary Miller, 60, told The New York Post.

The shooters fired into the crowd at the annual two-day “Old Timers Day” festival even though roughly 100 cops were monitoring the event, according to The New York Post. (RELATED: Harris Goes After Barr For Reinstating Federal Death Penalty)

NYPD Commissioner James P. O’Neill said the police do not have any suspects or knowledge of what led to the gunfire, reported The Associated Press.

The shooting was reported before 11 p.m. near Hegeman and Christopher Avenues in Brownsville.

One person was dead at the scene, said a police source.https://t.co/l2OXuZzzMN pic.twitter.com/P6UjhPL2zk

An unidentified 38-year-old man died from a single bullet to his head, a New York City police spokesperson said, according to The AP. Six of the 11 wounded are out of the hospital, O’Neill added.

Detectives found one abandoned firearm within hours of the shooting, reported The New York Post.

“Old Timers Day” has been going on for more than 50 years, and as many as 3,000 people were at this year’s event, O’Neill said. 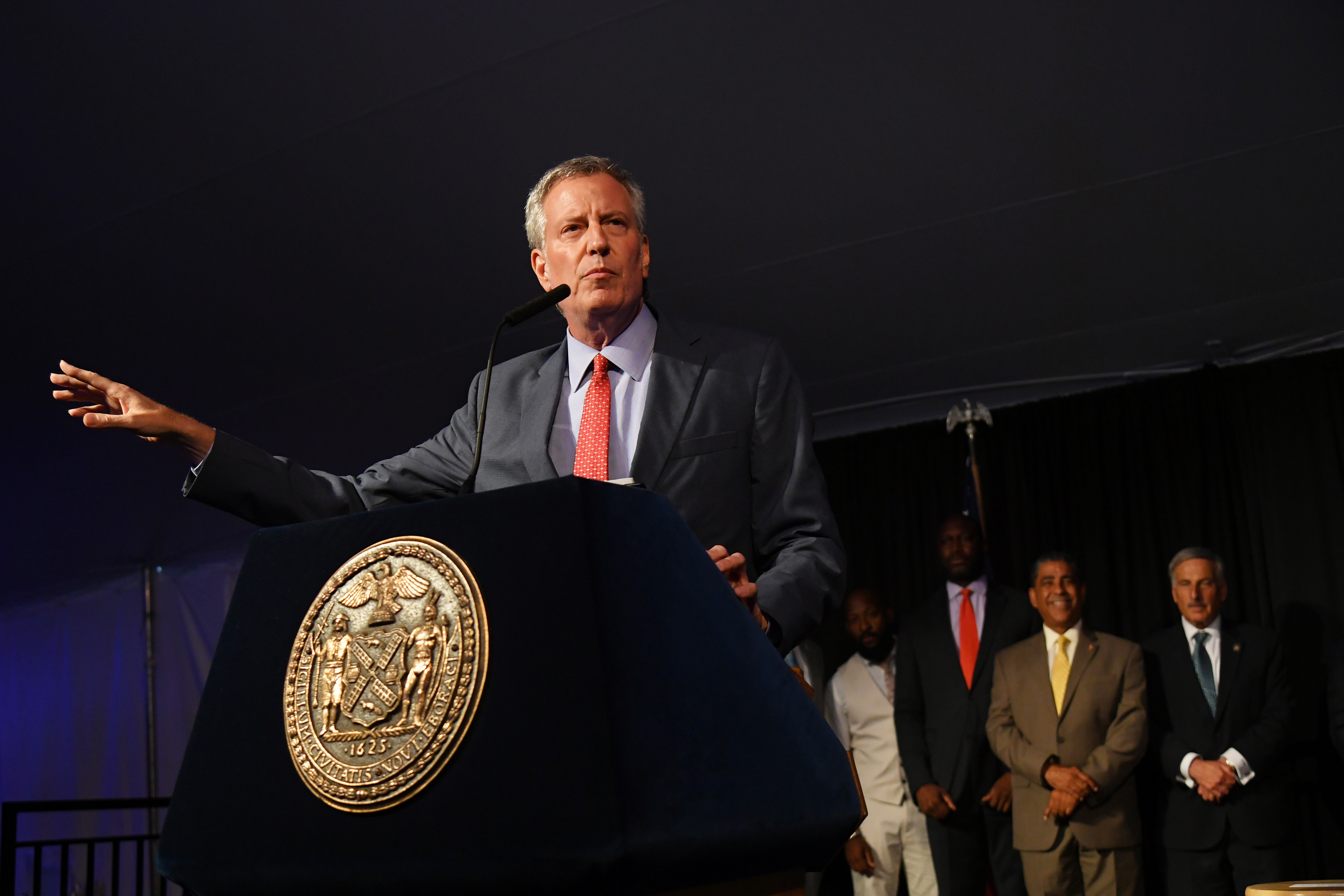 “We had a terrible shooting in Brownsville tonight that shattered a peaceful neighborhood event. Our hearts go out to the victims. We will do everything in our power to keep this community safe and get guns off our streets,” he wrote on Twitter.

The shooting occurred in the same precinct where New York City Police Department officers were doused in water and struck with buckets in the head earlier in July, according to The New York Post.