Biden had conversations with his donors shortly after it became clear he had slipped in the polls, according to Politico. The former vice president’s support dropped 10 percentage points after his debate performance, according to a Morning Consult/FiveThirtyEight poll.

Democratic California Sen. Kamala Harris bashed Biden during the second night of 2020 debates in June over Biden’s past positions on civil rights, highlighting the former vice president’s past comments regarding his opposition to bussing.

Biden’s reaction to Harris’ attack made Biden appear “anything but a front-runner,” according to Politico’s Natasha Korecki.

But Biden is promising to be more aggressive in the next round of Democratic debates. (RELATED: Support For Joe Biden Plummets 10 Points After Debate)

“I’m not going to be as polite this time,” Biden said Wednesday at a fundraiser, referring to Harris’ emotional attack. “Because this is the same person who asked me to come to California and nominate her in her convention.” 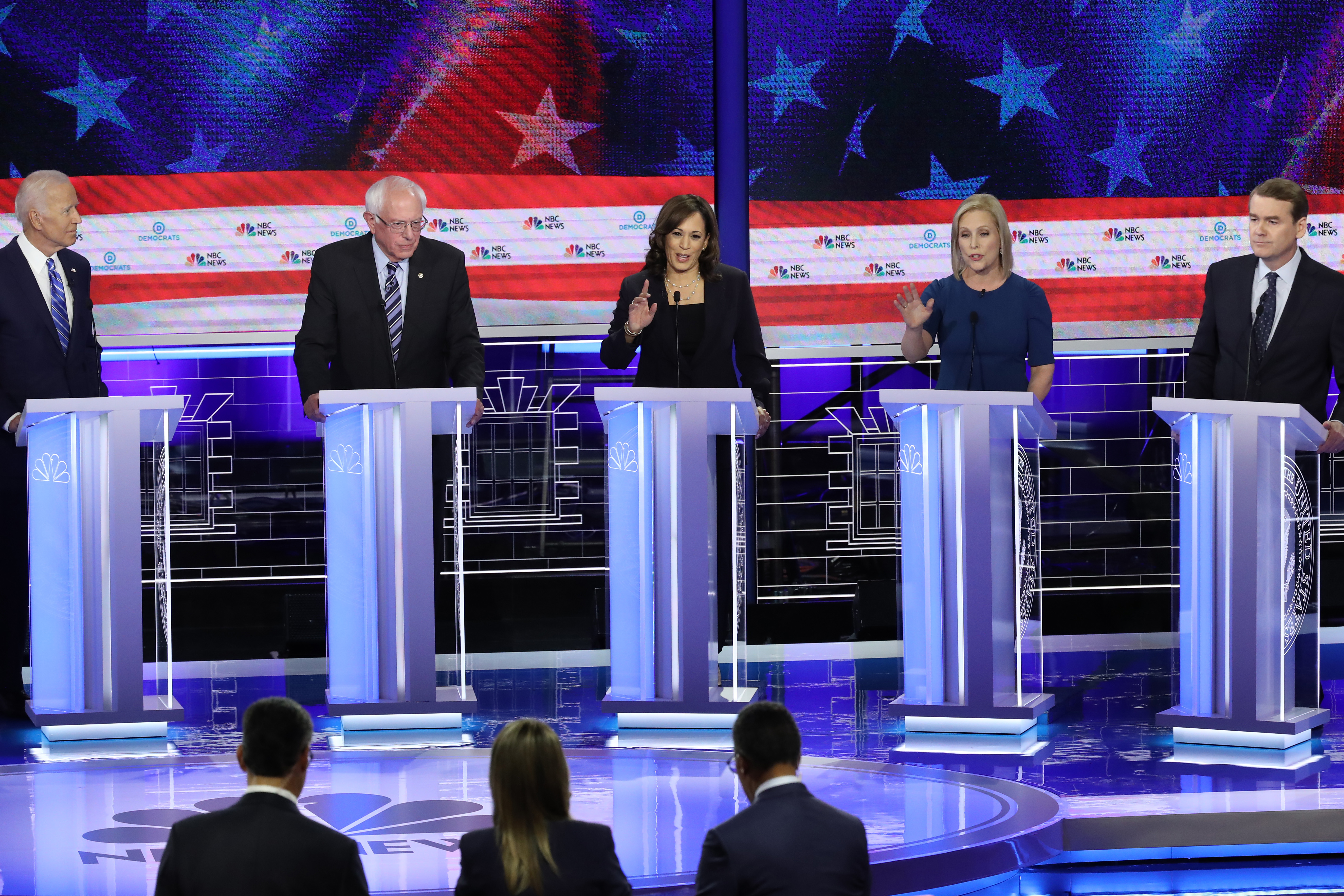 This aggressiveness may be necessary to persuade voters that Biden can combat Trump, a source who spoke to Biden told Politico

“People were raising serious questions about his ability to be very aggressive against Trump,” the source told Politico.“He’s listening. He seems to be more sure of himself after that first fiasco. I think he realizes now that he screwed up.”

Biden’s occasional habit of impulsively going off script makes him an uncertain candidate, an anonymous Democratic consultant who worked with both President Barack Obama and Biden told Politico. (RELATED: Biden On Kamala Harris: ‘I Thought We Were Friends’)

“It’s not like he’s willfully defiant of it. He just kind of is impulsive, in the moment. I think he thinks he’s grasped onto something glib or clever, and it turns out it’s not a good way to deliver,” said the consultant, who spoke on the condition of anonymity.

“I think it’s grounded in an impulsiveness, it’s just kind of the way he is,” the consultant continued. “He’s always had this issue, [today] it’s compounded by the combination of being just a little bit out of step with the contemporary theme and discussion.”

“The big question he has to resolve is if he’s up to this thing, if he’s vigorous and if he’s engaged,” said David Axelrod, a former Obama advisor.

Biden’s campaign did not return a request for comment.