“The men and women of CBP are not running concentration camps, making those in our custody drink from toilets, nor denying them access to toothbrushes. That is simply not true. This is the kind of irresponsible rhetoric that they have to endure from both the media and even some of our own congressional leaders,” Morgan said Tuesday before a Senate Homeland Security committee hearing.

The committee’s hearing, titled the “Unprecedented Migration at the U.S. Southern Border: What Is Required to Improve Conditions?” examined the current immigration crisis along the U.S.-Mexico border and the living conditions of the detention centers that are housing thousands of migrants.

During his opening statements, Morgan spoke about an incident in May when Border Patrol agents observed a group of migrant smugglers deliberately throw a paraplegic man into the Rio Grande River. Agents with the Border Patrol Sector Search, Trauma, and Rescue (BORSTAR) were able to act swiftly, fighting against the river’s strong currents and rescue the handicapped man before he drowned to death.

Had it not been for the quick actions of Border Patrol, Morgan said, the man would have been one of the 172 deaths discovered along the southwest border in recent time — and it was one of more than 4,000 rescues made by Customs and Border Protection this year. Stories like this, he said, mostly go unreported by the media.

“This is who the men and women of the United States Customs and Border Protection are. They risk their lives every single day to help and protect whomever is in distress,” the CBP acting commissioner said Thursday.

Morgan continued to hammer those who he claimed are vilifying the agency.

“It’s unjust and does nothing to bring us closer to resolving one of the most divisive issues that we face in our country,” Morgan said. “The demonizing of law enforcement professionals must stop. These false, misinformed, and overheated attacks are demoralizing, and serves to further deteriorate the public’s understand and perception of what the true issues are and what needs to be done to end this crisis.” 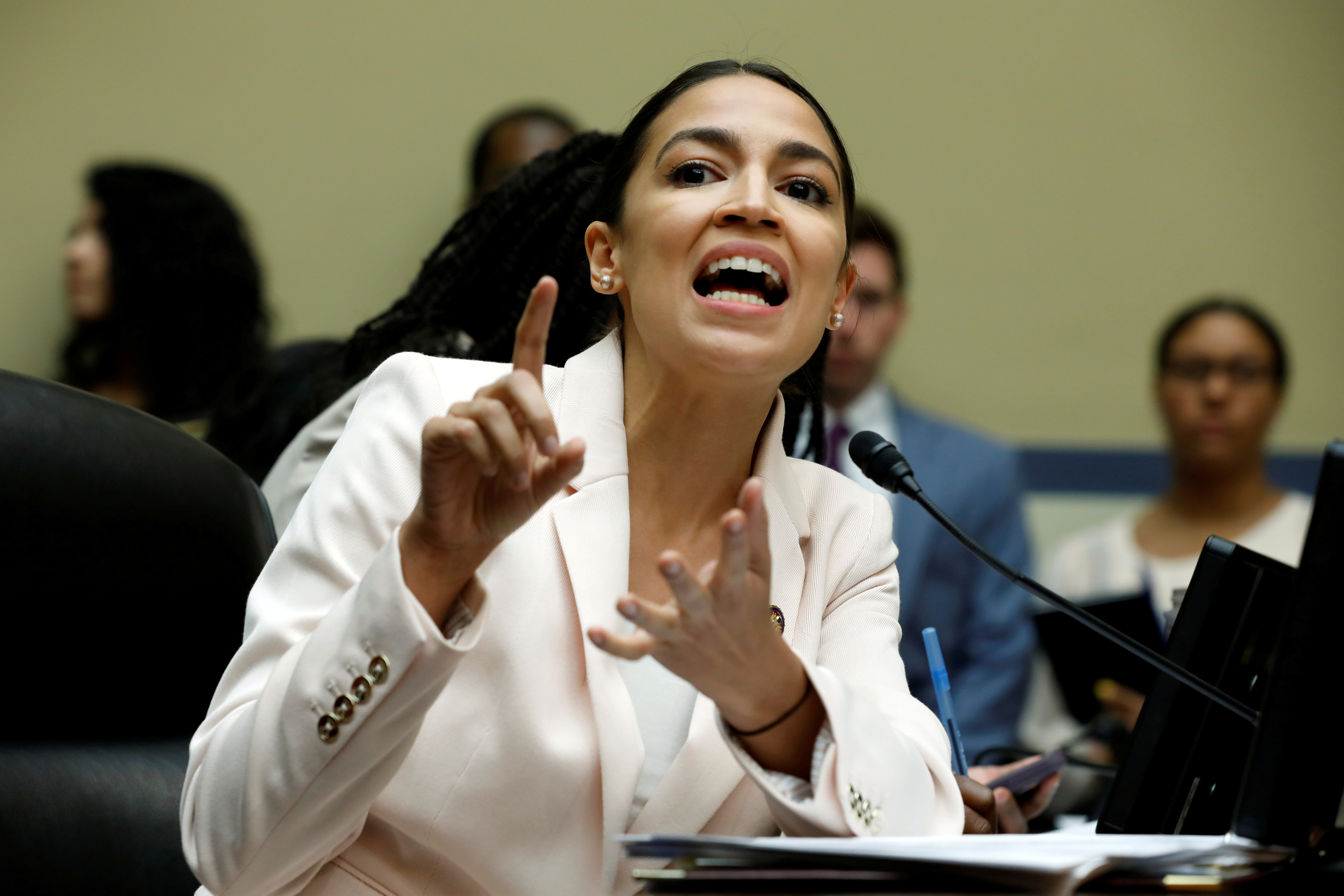 Mentions of toilet water and concentration camps were in clear reference to attacks made by Democratic lawmakers and popularized by New York Democratic Rep. Alexandria Ocasio-Cortez. The freshman Democrat in June accused the Trump administration of running “concentration camps” along the U.S. southern border, generating intense backlash from law enforcement and Jewish communities.

Earlier in July, Morgan blamed on the concentration camp comparisons for an attempted terrorist attack on an Immigration and Customs Enforcement (ICE) facility. The perpetrator, a left-wing Antifa member, referred to immigration detention centers as “concentration camps” in his manifesto.

After touring a CBP facility with other Democratic House members on July 1, Ocasio-Cortez claimed migrants were told to drink water out of toilet bowls.

“These women were being told by CBP officers to drink out of the toilet. They were drinking water out of the toilet, and that was them knowing a congressional visit was coming. This is CBP on their best behavior,” she said at the time. (RELATED: Ocasio-Cortez Stands By Toilet Water Claims)

However, a number of immigration officials have since come forward to say the accusation is untrue.

“I can tell you with the utmost confidence that the migrants — anyone and everyone in our custody at all of our facilities — have ready access to fresh water,” CBP Deputy Commissioner Robert Perez said earlier in July. “I’ve never heard, in 26 years of being in this business, ever heard of that type of allegation being made.”