A protester attempted to disrupt President Donald Trump’s speech in Jamestown, Virginia, on Tuesday morning. “You can’t send us back! Virginia is our home.”

President Trump was in Jamestown for an event commemorating the 400th anniversary of the Jamestown settlement.

“The democratic tradition established here lay deep roots all across Virginia,” Trump said. “It spread up and down the Atlantic coast. One fact was quickly established for all time. In America, we are not ruled from afar. Americans governor ourselves and so help us, God, we always will.” 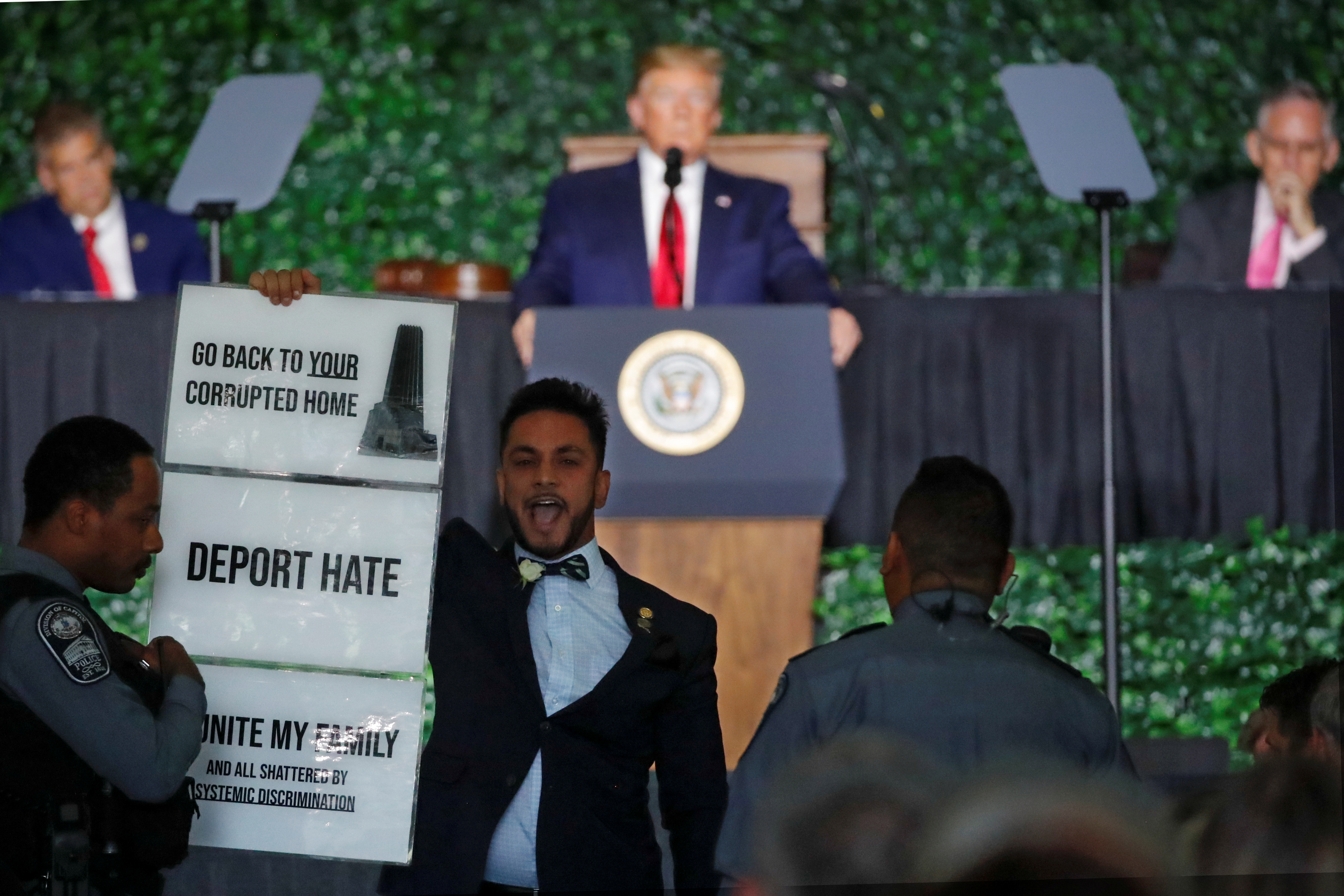 A protester interrupts U.S. President Donald Trump as he speaks at an event celebrating the 400th anniversary of the first meeting (July 30, 1619) of the Virginia state legislature in Historic Jamestowne in Williamsburg, Virginia, U.S., July 30, 2019. REUTERS/Carlos Barria

The protester appeared to be referencing the president’s recent comments directed at “the Squad” — Democratic Reps. Alexandria Ocasio-Cortez (NY), Ilhan Omar (MN), Rashida Tlaib (MI) and Ayanna Pressley (MA) — when he suggested that the four of them “go back” to where they came from. Attendees at a Trump rally took things a step further when he mentioned Omar, breaking into a chant and repeating “Send her back!”

Democratic Virginia delegate Ibraheem Samirah took credit for the interruption on Twitter, saying, “Nobody’s racism and bigotry should be excused for the sake of being polite.”

I just disrupted the @realDonaldTrump speech in Jamestown because nobody’s racism and bigotry should be excused for the sake of being polite. The man is unfit for office and unfit to partake in a celebration of democracy, representation, and our nation’s history of immigrants. pic.twitter.com/0okD7eRVer

The White House print pool confirmed that Samirah was the cause of the disruption.