Bright pink seesaws were placed between the U.S.-Mexico border wall in New Mexico Sunday so that children from Mexico and the U.S. could play with each other.

Two California professors, Ronald Rael and Virginia San Fratello, came up with the idea to develop a “Teetertotter Wall” between the border in 2009, according to Rael’s Instagram. The idea was meant to allow people to interact despite being separated by a wall.

Rael shared the installation on Instagram Monday, stating that “the wall became a literal fulcrum for U.S. – Mexico relations.” The “Teetertotter Wall” is located between Sunland Park, New Mexico and Ciudad Juarez, Mexico, according to NBC News.

“The wall became a literal fulcrum for U.S. – Mexico relations and children and adults were connected in meaningful ways on both sides with the recognition that the actions that take place on one side have a direct consequence on the other side,” Rael wrote on Instagram Monday. 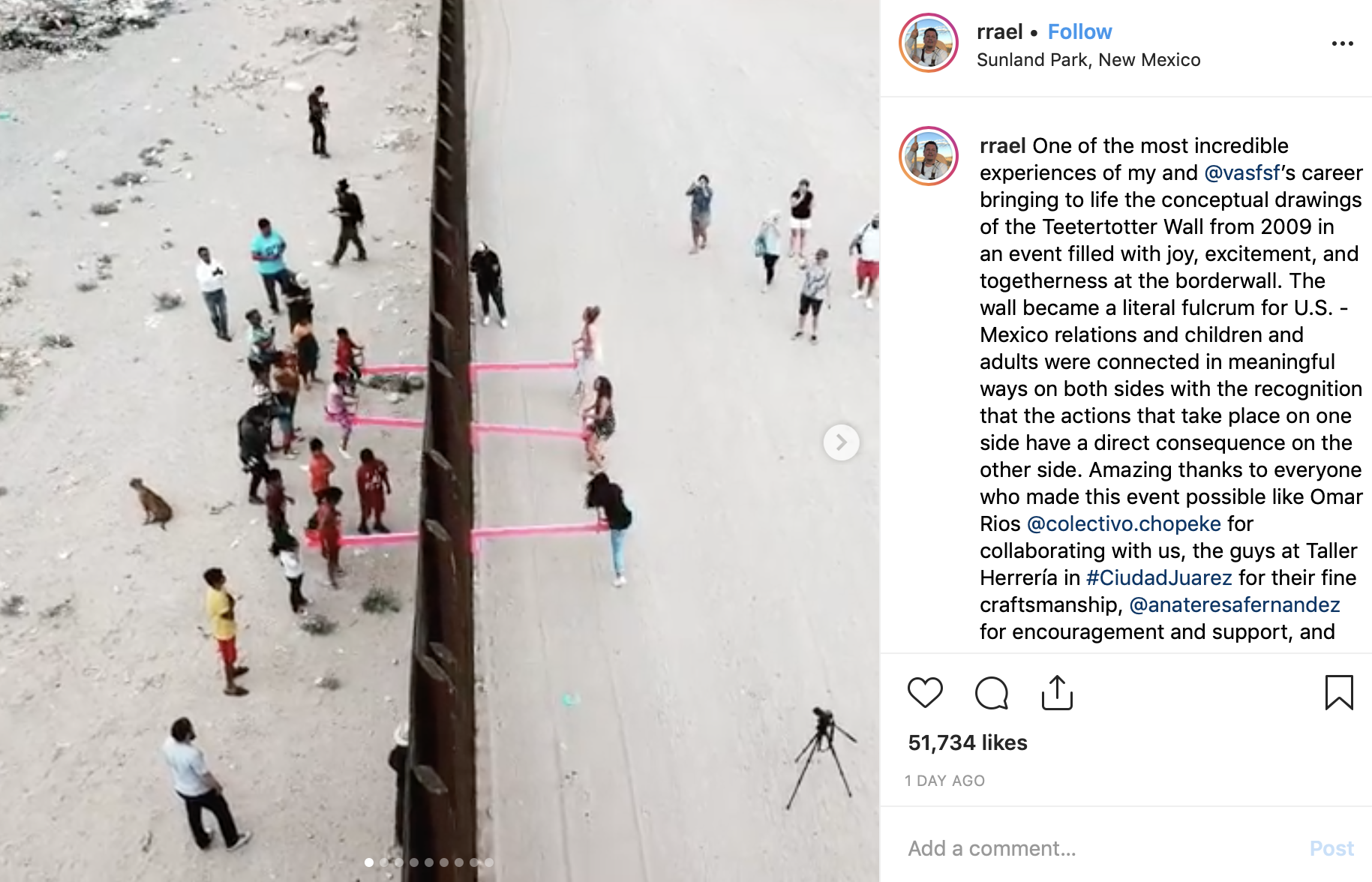 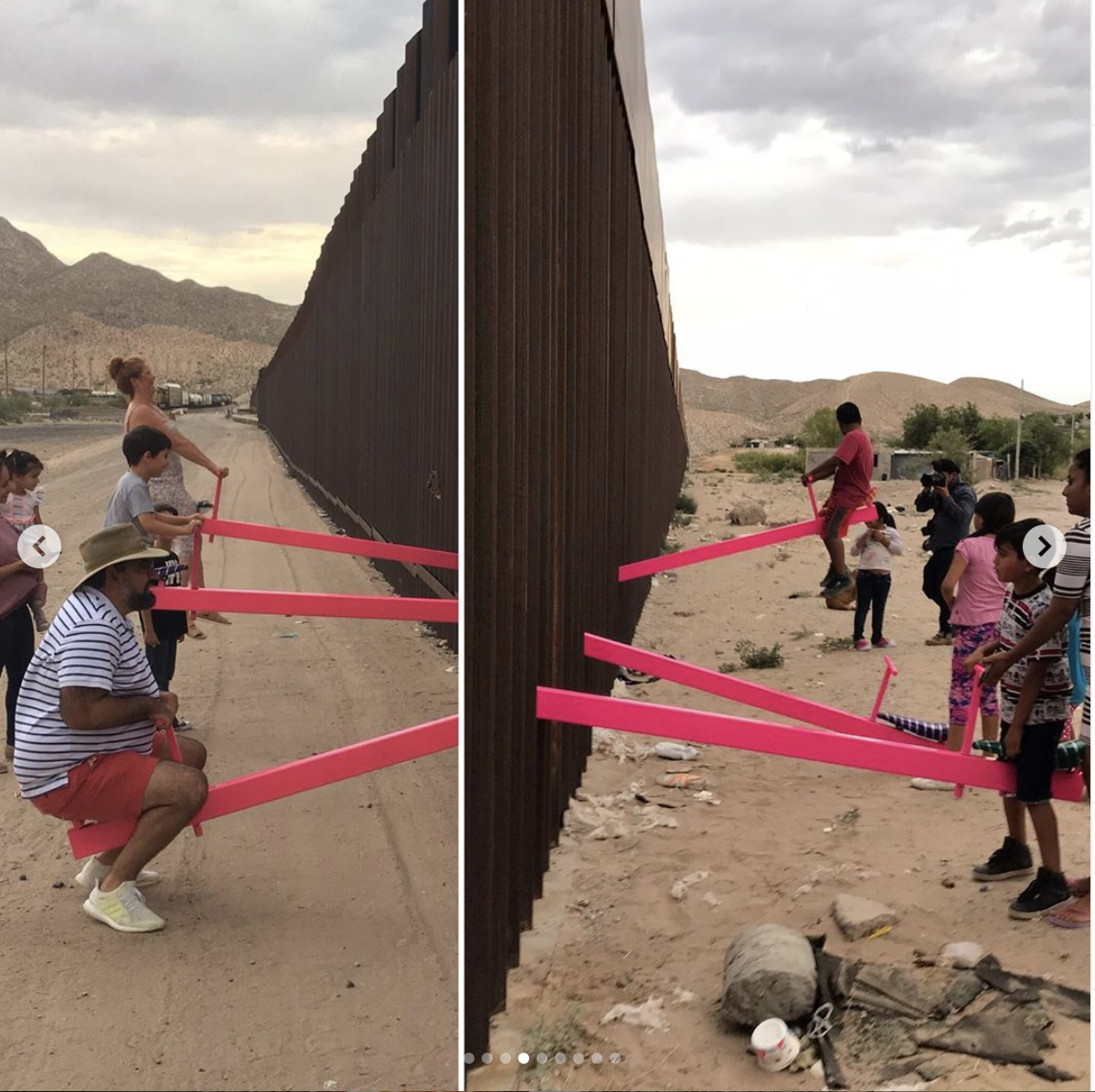 The video Rael shared shows children and adults playing on the seesaws together. The seesaws are placed so that one side is on Mexico and the other is on the U.S. side. (RELATED: Supreme Court Allows Trump To Build 100 Miles Of Wall With Military Funds)

“One of the most incredible experiences of my and @vasfsf’s career bringing to life the conceptual drawings of the Teetertotter Wall from 2009 in an event filled with joy, excitement, and togetherness at the border wall,” Rael explained on his Instagram post.

Customs and Border Patrol did not immediately respond to a request for comment.