During Tuesday night’s Democratic debate, CNN host Don Lemon asked Minnesota Sen. Amy Klobuchar, “What Do you say to those Trump voters who prioritize the economy over Trump’s bigotry?”

Klobuchar tried to distance herself from Lemon’s implication that Trump voters were necessarily bigoted. “There are people who voted for Donald Trump before who aren’t racist. They just wanted a better shake in the economy. So I would appeal to them.” 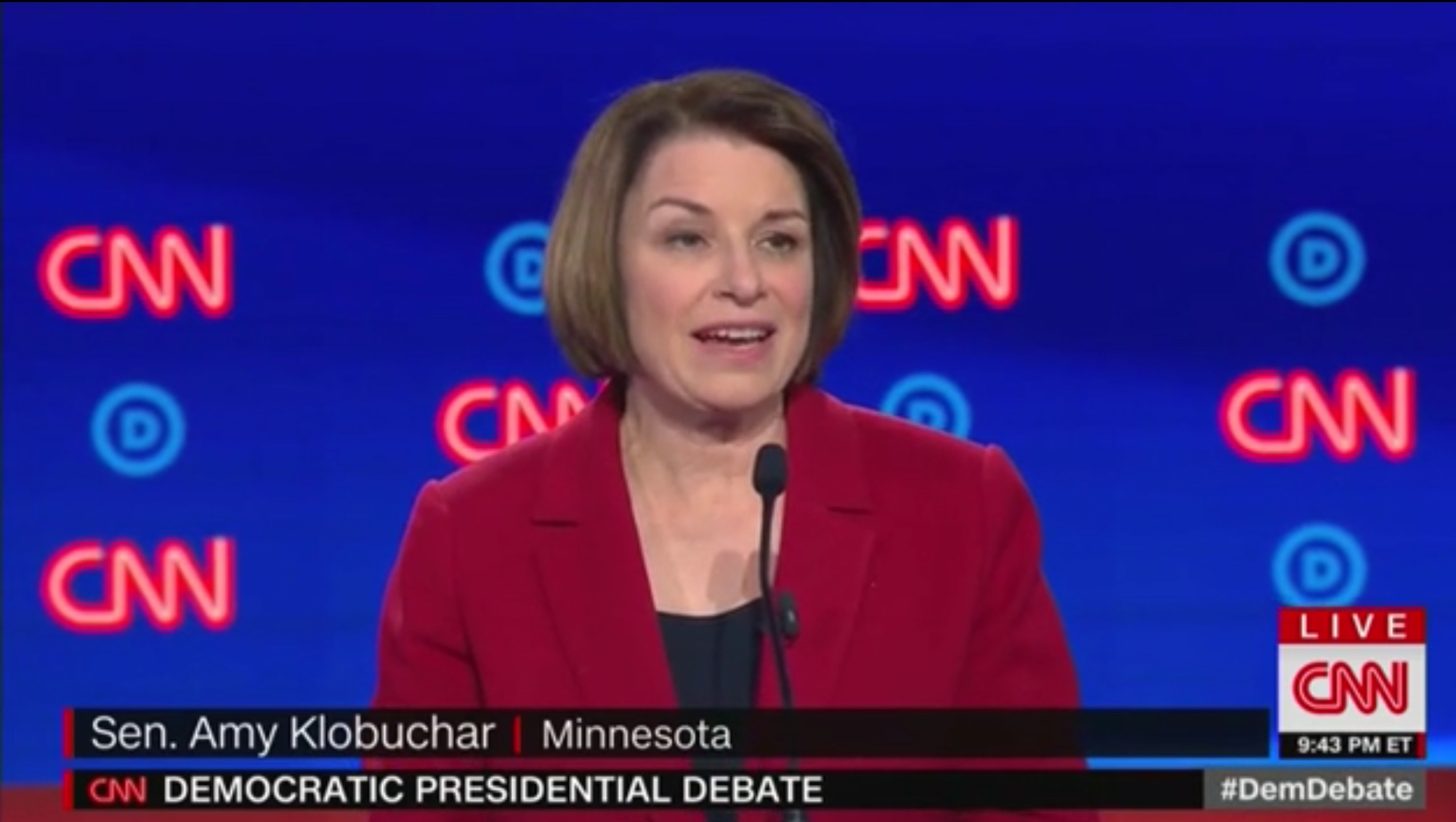 But Klobuchar then launched into an attack on Trump’s assessment of Baltimore as a “disgusting, rat and rodent-infested mess.” (RELATED: Don Lemon Compares Trump To Hitler)

“I don’t think anyone can justify what this president’s doing. Little kids literally woke up this weekend, turned on the TV, and saw their president calling their city, the town of Baltimore, nothing more than a home for rats. And I can tell you as your president that will stop.”
The area in question is Rep. Elijah Cummings’ congressional district. Although many progressives, including House Speaker Nancy Pelosi, have accused Trump of being racist in his description of the city, Housing and Urban Development Secretary Ben Carson has agreed with the president said. He is touring Baltimore on Wednesday and extended an invitation to Cummings to join him. Cummings refused the offer.

Klobuchar quickly moved on to the economy, saying her administration would focus on extending economic opportunity to all while creating “better childcare and better education.”  Klobuchar insisted blacks “have been most hurt by what we’ve seen in the last decade” despite the fact that unemployment for black Americans is at historic lows. (RELATED: Amy Klobuchar Launches Bid For The Presidency)
She said she tells the same thing to her rural voters as she does to those who live in the city: “Economic opportunity must be there for everyone.”