The Federal Reserve cut its benchmark interest rate Wednesday for the first time since 2008, and the president had strong feelings about the central bank’s decision.

Federal Reserve Chair Jerome Powell called the action a “midcycle adjustment to policy,” a phrase that caused chaos in the markets as analysts thought he was saying he was acting to stave off recession, reported CNBC.

“Let me be clear: What I said was it’s not the beginning of a long series of rate cuts,” Powell later clarified. “I didn’t say it’s just one or anything like that. When you think about rate-cutting cycles, they go on for a long time and the committee’s not seeing that. Not seeing us in that place. You would do that if you saw real economic weakness and you thought that the federal funds rate needed to be cut a lot. That’s not what we’re seeing.” (RELATED: Drug Industry Says They Can’t Allow Trump Admin Proposal To Import Drugs From Canada)

The rate cut does not apply to rates that most Americans deal with, like the interest on car loans and mortgages, but the number in question, the federal funds rate, does have an effect on most people’s lives, according to The New York Times. The rate now ranges from 2 to 2.25%. Financial institutions like banks use the federal funds rate when loaning each other money short-term. 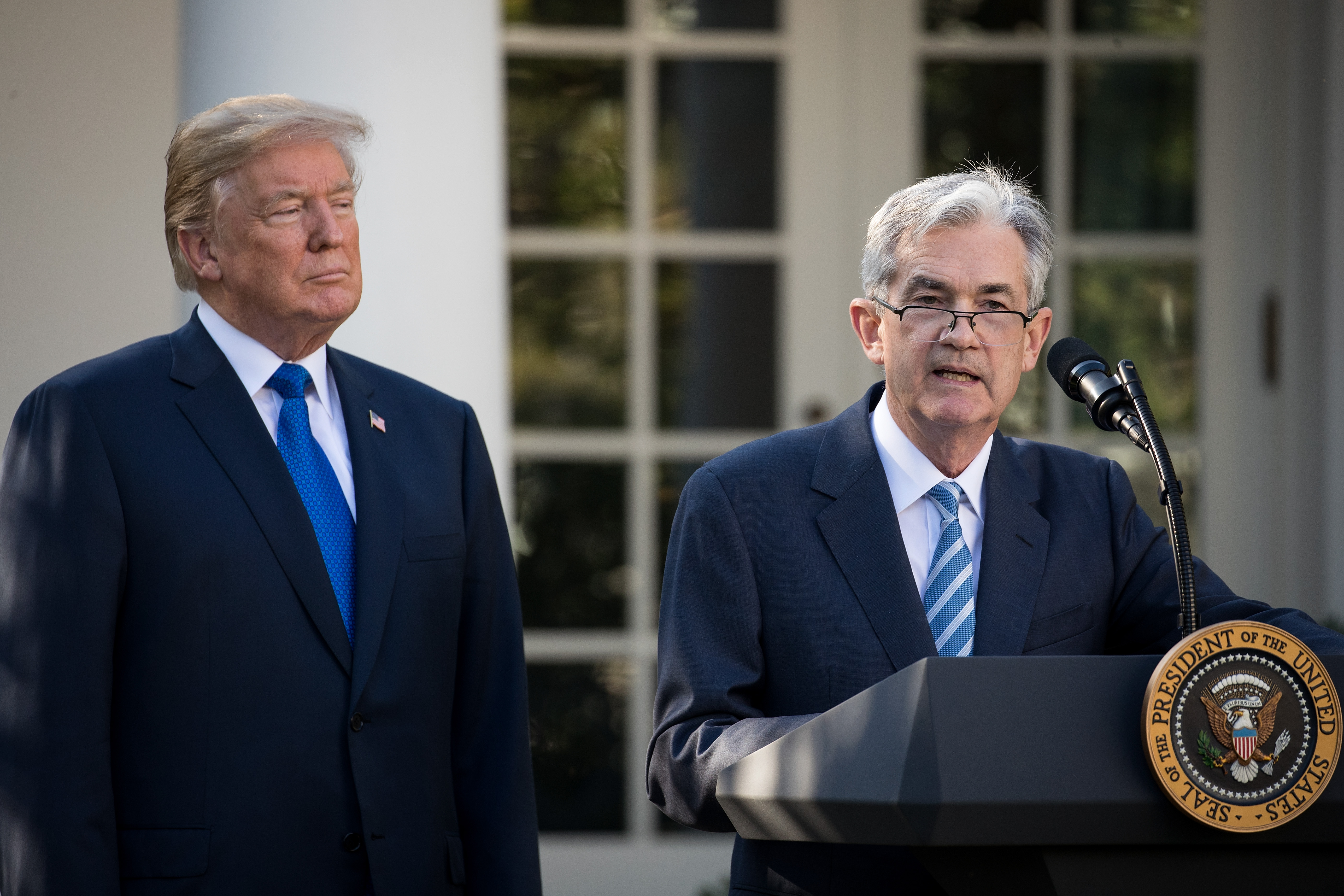 U.S. President Donald Trump looks on as his nominee for the chairman of the Federal Reserve Jerome Powell speaks during a press event in the Rose Garden at the White House, Nov. 2, 2017 in Washington, D.C. (Photo by Drew Angerer/Getty Images)

President Donald Trump has been highly critical of Powell for months. Wednesday was no different.

What the Market wanted to hear from Jay Powell and the Federal Reserve was that this was the beginning of a lengthy and aggressive rate-cutting cycle which would keep pace with China, The European Union and other countries around the world….

“What the Market wanted to hear from Jay Powell and the Federal Reserve was that this was the beginning of a lengthy and aggressive rate-cutting cycle which would keep pace with China, The European Union and other countries around the world,” Trump wrote on Twitter.

“As usual, Powell let us down, but at least he is ending quantitative tightening, which shouldn’t have started in the first place — no inflation. We are winning anyway, but I am certainly not getting much help from the Federal Reserve!” Trump continued.

Powell told reporters in March he would not resign the position even if Trump asked him to.

The dollar hit a more than two-year high after Powell said Wednesday that the rate cutting would not be a larger trend, reported CNBC.