Actress and PETA ambassador Pamela Anderson is not prepared to sit down with Alberta’s agriculture and forestry minister to discuss the “indefensible cruelty” at the Calgary Stampede.

Anderson has asked the government of Alberta to ban the world-famous stampede’s chuckwagon races, where six horses died in this year’s festivities. 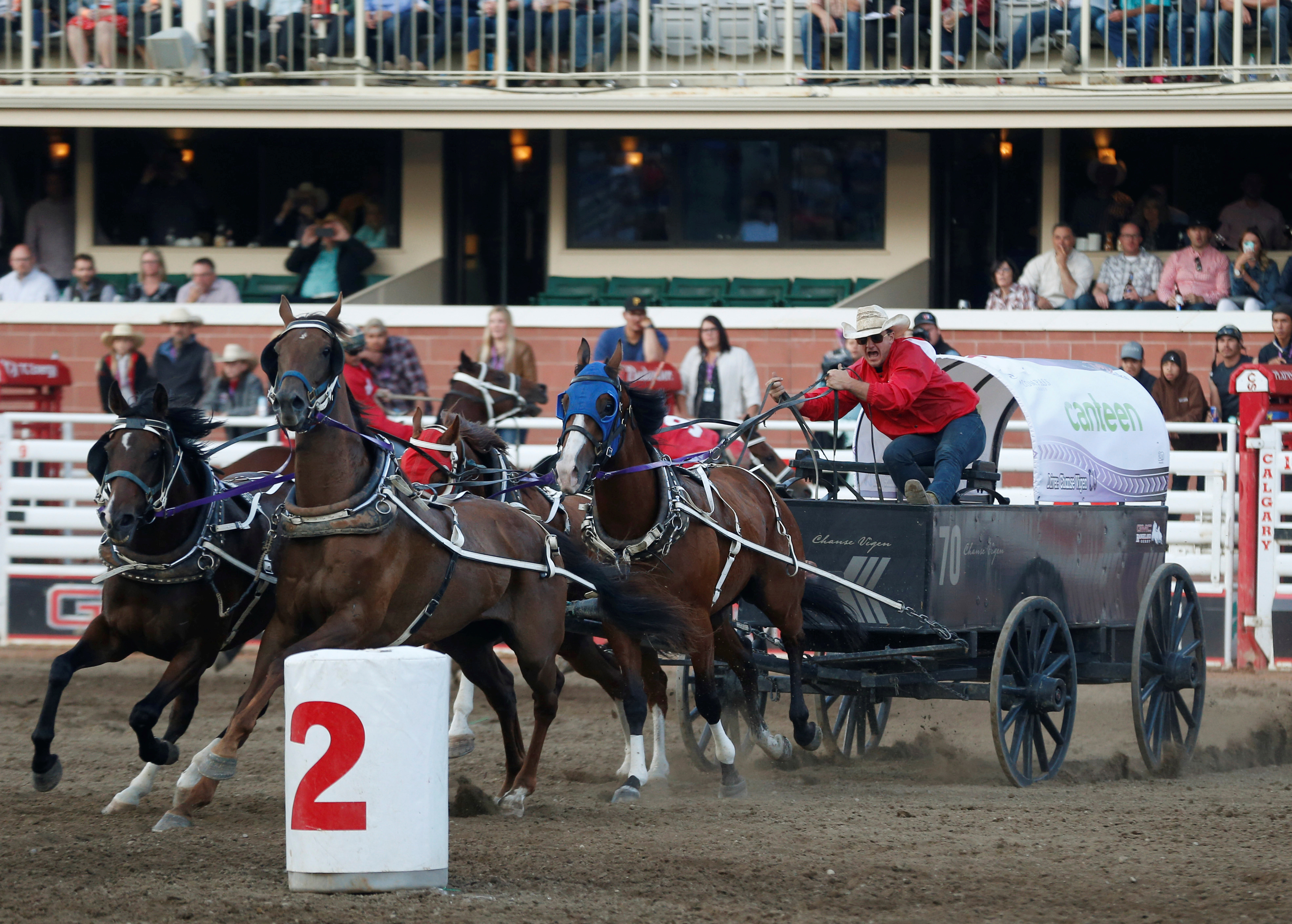 Chase Vigen of Canteen Compass goes around the second barrel in the fifth heat of the chuckwagon races during the Calgary Stampede in Calgary, Alberta, Canada July 8, 2019. REUTERS/Todd Korol

The Canadian-born actress’ refusal to discuss the issue brought a rejoinder from the province’s agriculture minister, who suggested the former Baywatch star was squeezing publicity from Canada’s national rodeo — dubbed “the greatest outdoor show on earth” — and unfairly assessing Alberta’s ranchers.

“It’s been a while since Baywatch but I wish @pamfoundation wouldn’t try to get news coverage at the expense of our ranchers,” Devin Dreeshen tweeted Tuesday. (RELATED: Celebrate Pamela Anderson’s Birthday With Her Hottest Looks)

Its been a while since Baywatch but I wish @pamfoundation wouldn’t try to get news coverage at the expense of our ranchers. #ableg #cdnpoli #abpoli #CdnAg https://t.co/KXKYjtnBBw

Celebrities like Leonardo DiCaprio, Jane Fonda, Neil Young and Pamela Anderson that attack everything from our oil industry to our Chuckwagons – will find Albertans willing to stand up for themselves. #ableg #CdnAg #cdnpoli https://t.co/Eyt6BgwRAu

Anderson refused to discuss the matter further and accused the minister of being “an apologist for indefensible cruelty,” Monday night.

“If animal care is such a priority for the ranchers you represent, why do you allow their horses to keep being mangled and killed simply for human amusement,” she wrote in a letter to Dreeshen Monday night.

Without an outright ban on the races, Anderson is planning to organize an advertising boycott of the Calgary Stampede.

Anderson was responding to a letter sent by Dreeshen that argued the animals involved in the chuckwagon races nearing the end of their lifespan are “doing something they love,” Dreeshen tweeted.

“Our rodeos are supervised by trained veterinarians and always striving to improve animal care,” he stated.

“I’d be happy to meet with you and introduce you to some of our farmers and ranchers, to speak more on this issue at your convenience.”