The University of Florida (UF) agreed yesterday to pay their Young Americans for Freedom (YAF) student chapter $66,000, and amend their school policy to allow conservative groups to have access to more financial resources.

In December of last year, the UF student YAF chapter filed a lawsuit against the school for allegedly violating students’ First and Fourteenth Amendment rights. (RELATED: While Colleges Spend Hundreds Of Millions On Diversity Offices, A Majority Of Students Report Zero Or Negative Impact)

The lawsuit stemmed from the University designating the chapter as a “non-budgeted” organization, meaning they would be forced to petition the school for funding for each event they seek to host. In addition, the policy disqualified them from being able to use student activity fees to go towards a speaker’s attendance fee.

“[The University of Florida] realized when YAF was taking them to court they’re weren’t going to win,” said Spencer Brown, a YAF spokesperson, to the Daily Caller.” It was very smart for them to recognize their policy was flawed the way it was set up, and that the conservative students in the YAF chapter were getting the rough end of the deal by being labeled a non-budget student organization.”

Brown added, “We had the emails and facts on our side; we had the constitution on our side. It just wasn’t worth it for them to try to prove they were doing it for some other reason. There is never any reason for violating the Constitution.” 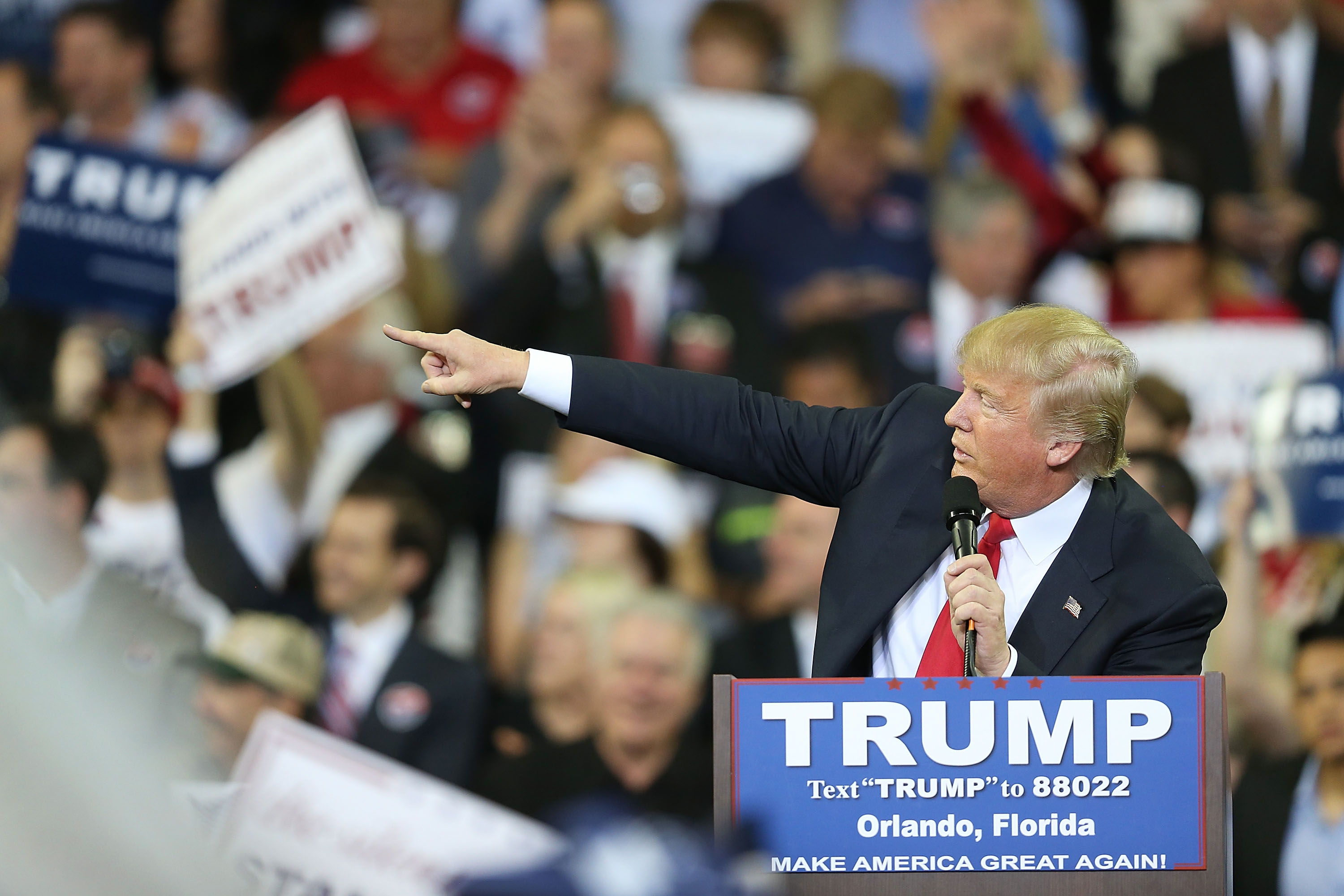 ORLANDO, FL – MARCH 05: Republican presidential candidate Donald Trump speaks at the CFE Arena during a campaign stop on the campus of the University of Central Florida on March 5, 2016 in Orlando, Florida. Primary voters head to the polls on March 15th in Florida. (Photo by Joe Raedle/Getty Images)

According to the YAF spokesperson, Young Americans for Freedom and other conservative student chapters all across the country feel emboldened to challenge campus administrations over free speech issues after President Trump signed an executive order in March, which connected college funding to policies that protect free speech.

Blake Meadows, legal counsel for Alliance Defending Freedom, also told The New Guard, “University of Florida administrators are limiting YAF members’ First Amendment freedoms by forcing them to pay into a system that funds opposing viewpoints. Worse yet, the university forces YAF to play an arbitrary, complex game of Chutes and Ladders in the funding process, wherein the student group can continually be sent back to the beginning of the game at the sole discretion of the student government. The university also changed its rules to single out and disqualify the conservative group from receiving funding for speakers fees and honoraria—making it even more difficult for the group to express its viewpoint on campus.”

That’s a wrap for day two of NCSC!

This week, Young Americans for Freedom will be hosting their 41st National Conservative Student Conference. Chapters from campuses all across the country have come to listen to conservative speakers ranging from Texas Senator Ted Cruz to Vice President Mike Pence.