Cuomo signed S.101A/A.1715, which prohibits school districts from granting permission to teachers or non-security personnel to carry a firearm on school grounds, the governor’s office announced.

“The answer to the gun violence epidemic plaguing this country has never been and never will be more guns, and today we’re expanding New York’s nation-leading gun safety laws to further protect our children,” Cuomo said in a statement.

School employees such as resource officers, law enforcement or security personnel will still be able to carry a gun on school grounds. 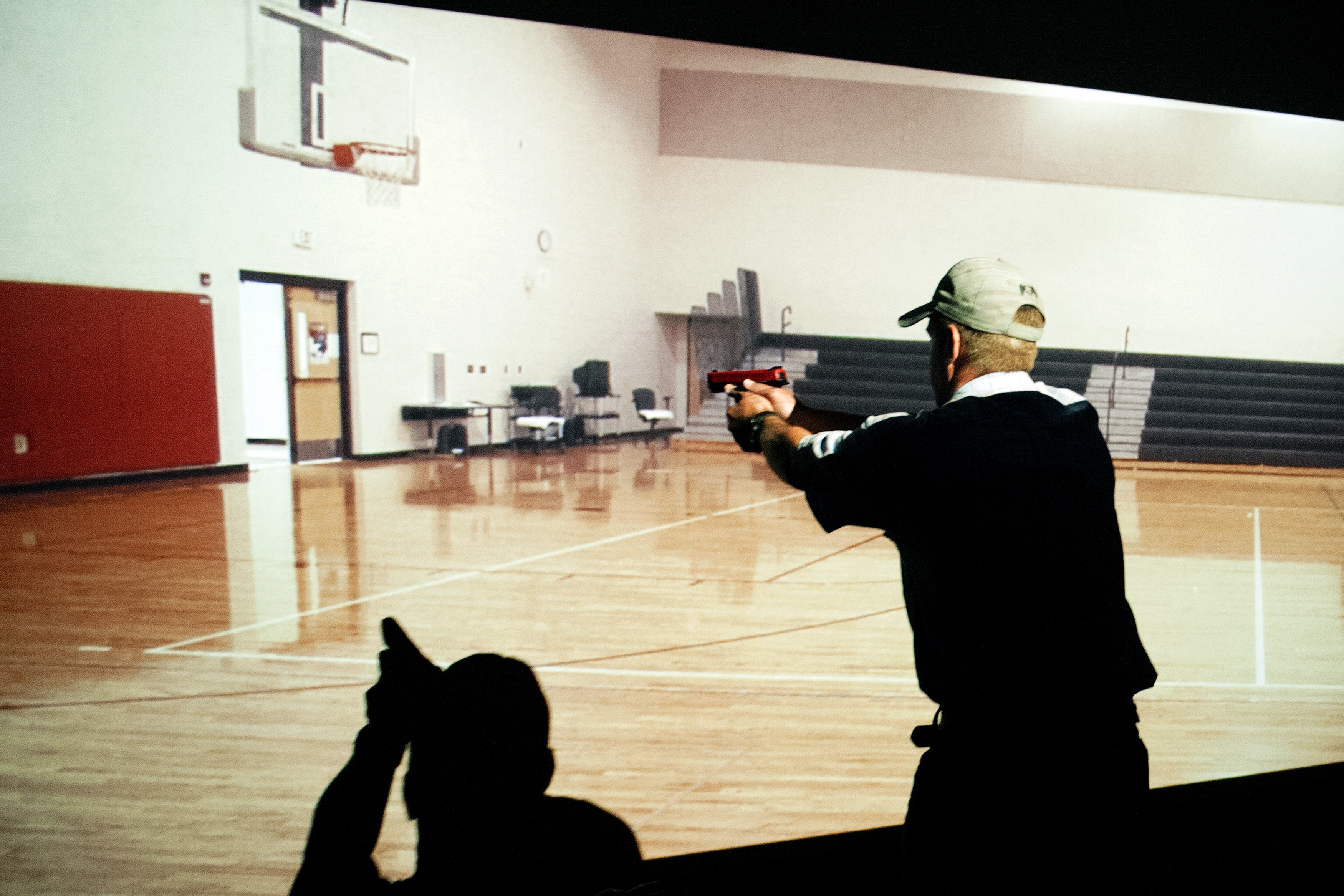 A trainee takes part in a simulated active shooter drill during a three day firearms course for school teachers and administrators on June 28, 2018. Colorado is one of approximately 30 states that allow firearms within school limits, and an estimated 25 school districts in Colorado allow teachers and administrators to carry concealed firearms. (Photo by JASON CONNOLLY/AFP/Getty Images)

The law comes in the wake of discussions in school districts across the country about arming teachers as a safety measure against school shootings. (RELATED: When Governor Challenged Trump’s Position On Arming Teachers – Trump Hits Back With The Hammer Of Truth)

The Parkland, Florida, shooting in February 2018, left 17 dead and led to state lawmakers passing legislation to allow teachers to carry guns at school, according to the Washington Post.

“These measures will help slow the proliferation of guns by keeping unneeded firearms out of school zones and helping to ensure unwanted or illegal guns don’t fall into dangerous hands,” Cuomo said.

The legislation is the third gun control measure signed in this week, according to the New York Times.

Tuesday he signed a bill to ban undetectable guns like those made by 3D printers, and expanding safe gun storage laws.

1
Armed Citizens Stand Guard Against Looters In Minneapolis
US
2
George Floyd Protesters Attack Old Woman In Wheelchair While Looting
US
3
Trump's Approval Rating Achieved Something Unprecedented. Here's What It Means For November
Analysis
4
'He Played Dumb': Jesse Watters Slams Andrew Cuomo Over Nursing Home COVID Directive
Politics
5
'If Anybody Needs To Be Fact-Checked, It's The Media': Kayleigh McEnany Unloads On Jim Acosta
Media