A black teenager in Kennedy Heights, Ohio, allegedly chased and fired a gun at four people while yelling “I don’t like white people in my hood,” court documents say.

Devonta Allen, 18 years old, was caught on video July 25 allegedly shooting three times at four people. He hit two vehicles, but no one inside them was injured, according to the Cincinnati Police, the Independent reported.

Police say the incident began over a stolen car. The video is reportedly being used as evidence in court so it has not been released to the public. (RELATED: Chinese Student Poisoned Roommate In Series Of Racist Attacks, Police Say) 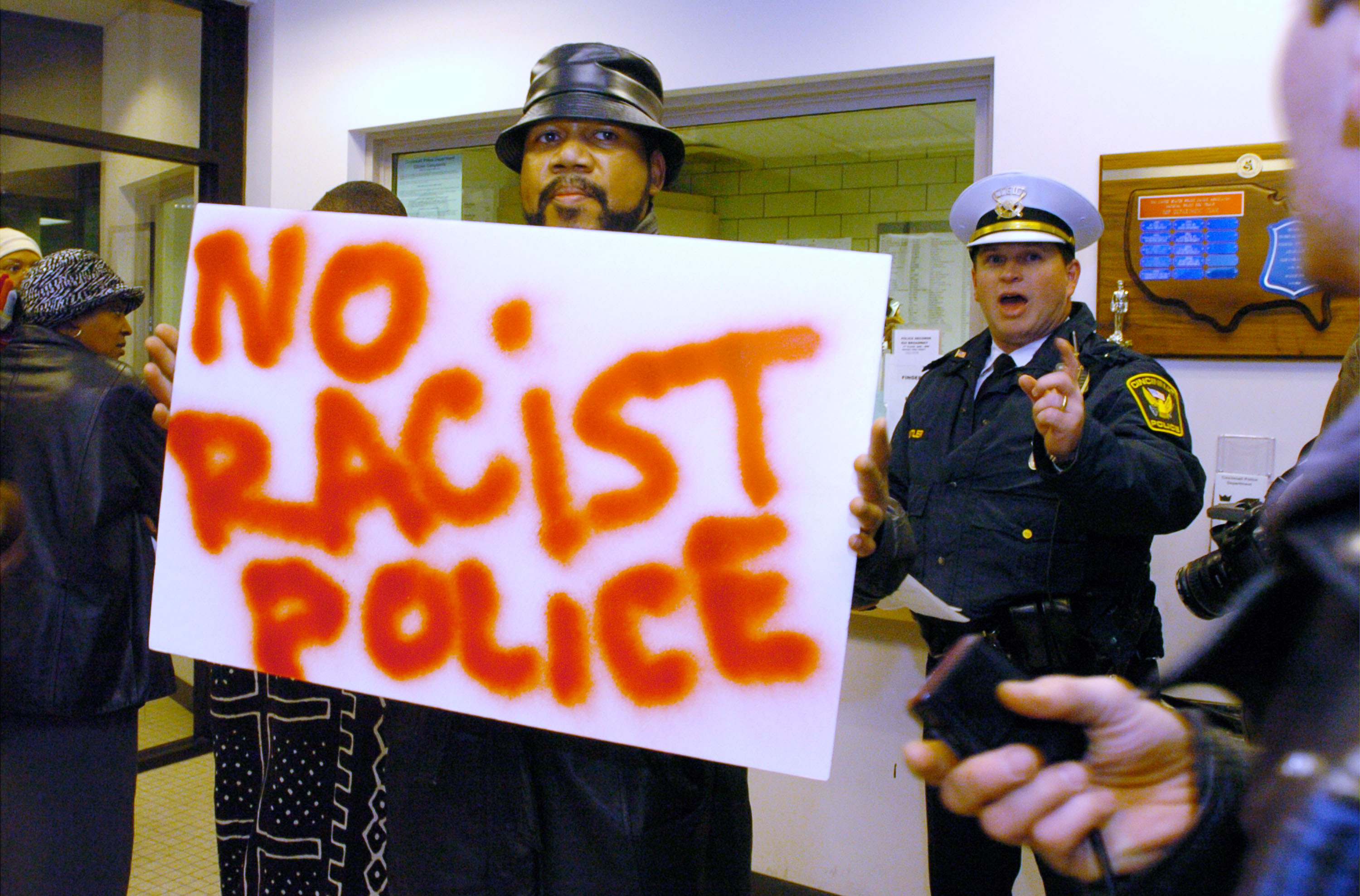 CINCINNATI, OH – DECEMBER 5: A Cincinnati Police officer asks protesters to leave after they entered Cincinnati Police Headquarters to deliver “eviction notices” for Chief Tom Streicher December 5, 2003 in Cincinnati, Ohio. A group of about 30 protesters showed up to protest the death of Nathaniel Jones, who died while being arrested by Cincinnati Police. (Photo by Mike Simons/Getty Images)

A criminal complaint says that three of the alleged victims are white and one of them is African-American. Neighbors did not recognize the teenager, “I’d never seen him before and I don’t know who he was friends with,” one neighbor told Fox 19.

Allen tried to claim, after he turned himself in, that the alleged victims started the incident and fired at him first. However, the police say Allen’s story does not line up with the evidence they have.

“This and other statements made by Allen are inconsistent with the videotape evidence and statements from the victims and witnesses,” Cincinnati police said. Allen is being tried on four accounts of felony assault.

Allen is being held in Hamilton County jail on a $480,000 bond. Allen has no adult record and knows how serious the charges against him are, his attorney reportedly said in court.