The bill, known as the Secure and Protect Act, requires that asylum seekers from Central America apply for asylum outside of the United States before applying here. Graham’s bill also extended the time that migrant families must be kept in detention centers from 20 days to 100 days, in order to help avoid immigration fraud. 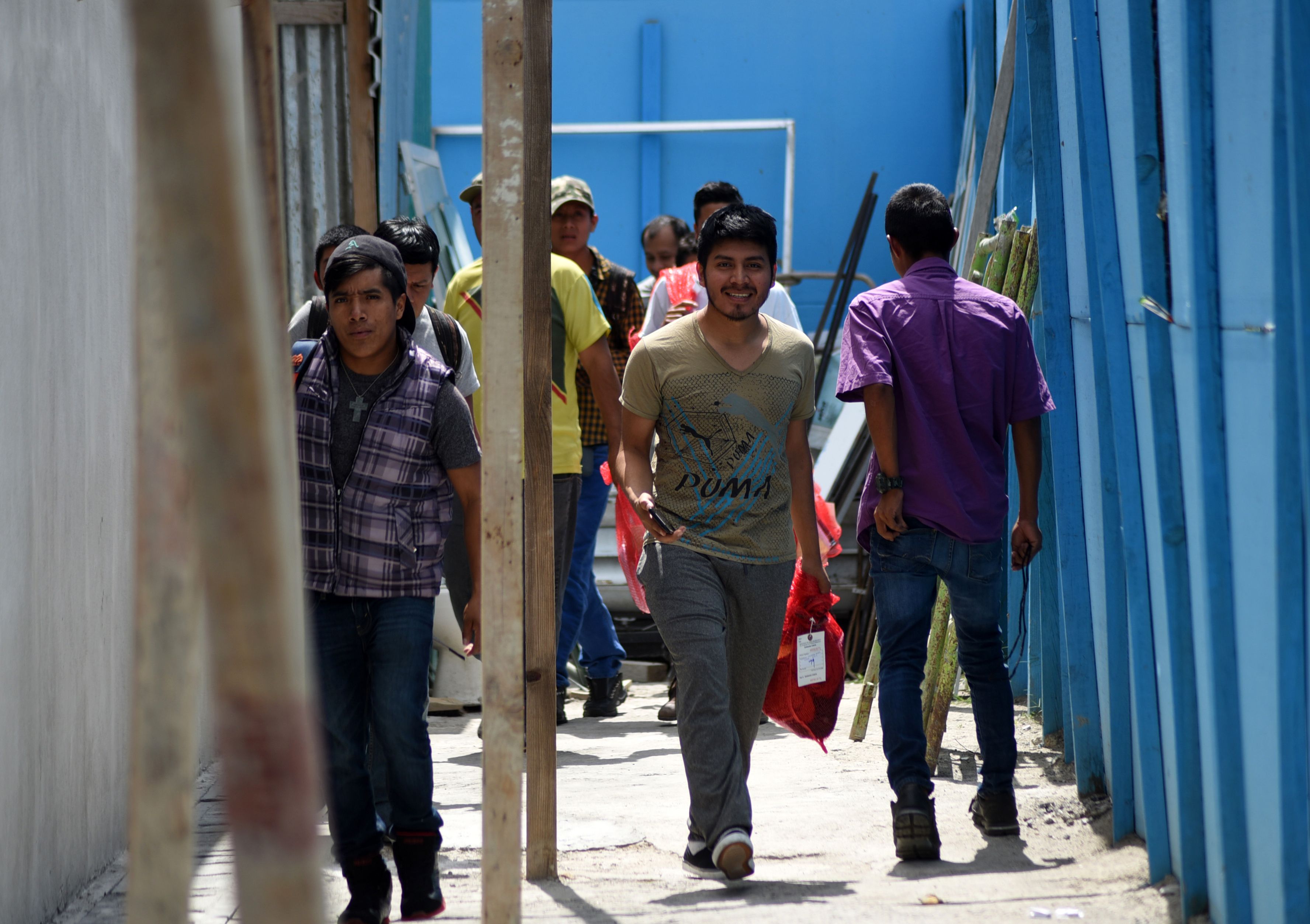 Guatemalan migrants deported from the United States walk upon their arrival at the Air Force Base in Guatemala City on July 31, 2019. – Nearly 200 Guatemalan migrants deported from the U.S. arrived in the Central American country on Wednesday, following the signing of an asylum agreement between the two countries, amid a migrant crisis in the region. (Photo by Orlando ESTRADA / AFP)

The bill will ensure that unaccompanied children migrating from Central America be sent back to their home country after a screening, following the procedure for children entering from Canada and Mexico. (RELATED: DOJ And DHS Issue New Rules On Asylum Seekers)

The Judiciary Committee eventually narrowly approved the bill by a 12-10 margin. The panel was short two Democrats in a vote on the bill last week leading Democrats to accused Graham of breaking the rules. “Why even have rules?” Ranking Member Dianne Feinstein asked rhetorically. Vermont Democratic Senator Patrick Leahy reinforced this sentiment saying “if the majority is willing to break any rule in order to report this bill today, there are no rules.”

Graham defended the bill’s passing, claiming he did not violate Senate rules. Graham accused Democrats of intentionally refusing to show up to a hearing on the bill last week, and having delaying its passing for seven weeks.

“Here’s the way I take what you did last week, your saying I really can’t be chairman. After seven weeks of holding my own bill, under this scenario I can’t even pass a bill that I introduced as chairman because two of you won’t show up,” Graham said. “I will work with you as long as I can in good faith, but you are not going to take my job away from me! I take this very personally. I tried my best.”

.@SenatorLeahy: “I wasn’t here last week because a member of my family was being buried that day.”@LindseyGrahamSC: “Duly noted. I apologize…I don’t mean to make it personal, but I was told nobody’s going to come for the expressed purpose, so I could not mark this bill up.” pic.twitter.com/an6ZaR68hX

Graham even called out Leahy directly, who was sitting to his left, saying, “Senator Leahy, you’ve been here a long time. I would never have done this to you.”  Leahy responded by saying he was absent, “because a member of my family was being buried.”

Graham immediately offered his condolences, but made clear that he was informed that Democrats would not show up over political reasons.

“I will no longer allow our asylum laws to be exploited by human traffickers, smugglers and cartels,” said Graham in an official statement. “Cartels, smugglers and human traffickers are profiting off immigrants and helping them take advantage of our broken asylum laws. I will no longer allow the loopholes in our laws to be exploited. I will not aid and abet these horrific practices. My bill fixes these problems.”