The infighting at the National Rifle Association continued Thursday as three board members who had previously asked the gun-rights group to audit its financial and legal activity resigned.

Esther Schneider, Sean Maloney and Timothy Knight all tendered resignations from their board positions by letter to NRA President Carolyn Meadows.

“While our belief in the NRA’s mission remains as strong today as ever, our confidence in the NRA’s leadership has been shattered, ” they wrote. 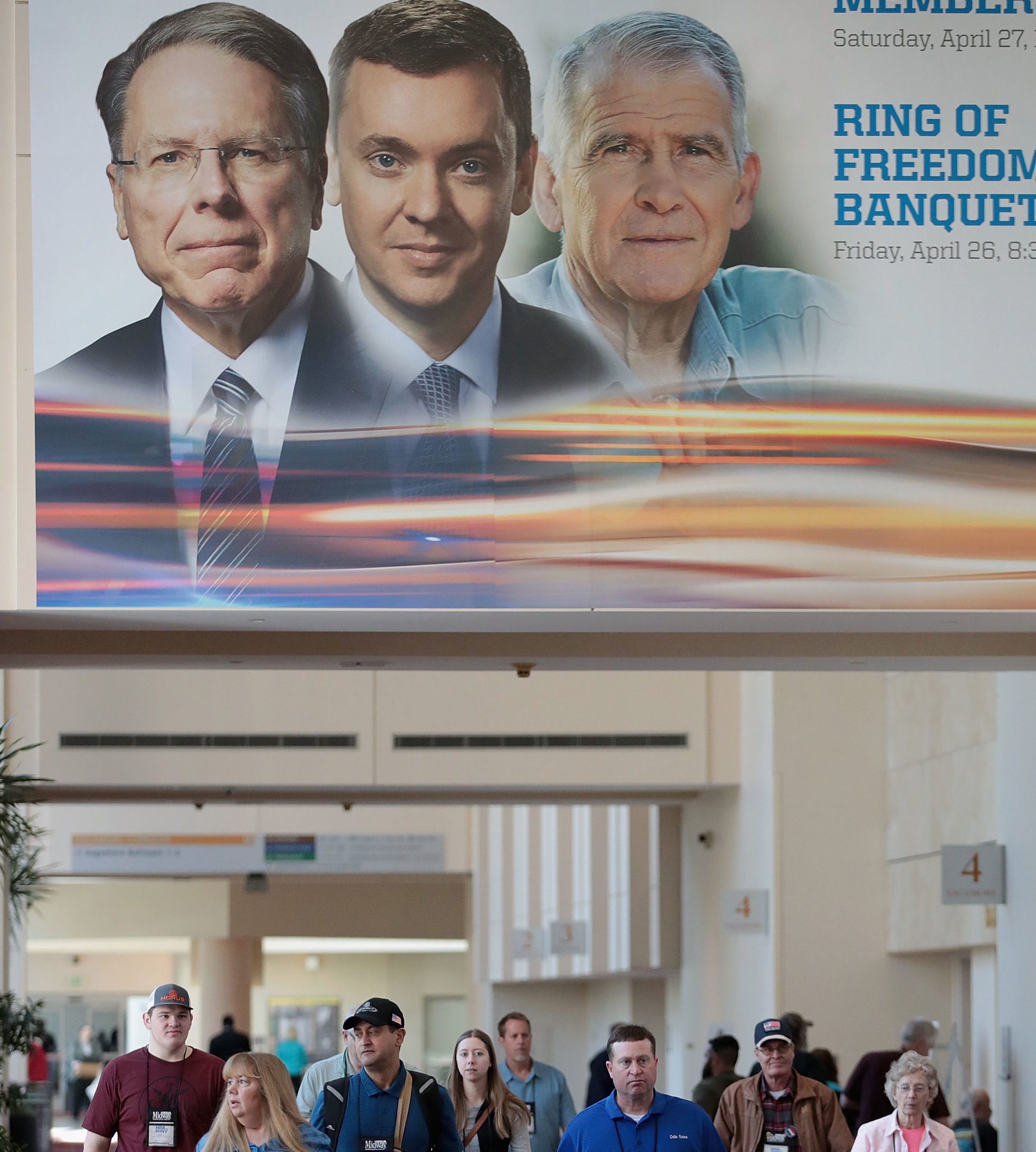 Guest walk under a poster featuring Wayne LaPierre (L), NRA vice president and CEO, Chris Cox (C), executive director of the NRA-ILA, and NRA president Oliver North outside a conference room where the NRA annual meeting of members was being held on April 27, 2019 in Indianapolis, Indiana. After much-publicized group infighting, only La Pierre remains. (Photo by Scott Olson/Getty Images)

“We have sought information and requested certain actions be taken with respect to these allegations, only to be rebuffed at every turn,” the letter continued.

“We have been stonewalled, accused of disloyalty, stripped of committee assignments and denied effective counsel necessary to properly discharge our responsibilities as Board members,” they added.

“We look forward to working with our new board members in furthering our mobile mission of protecting our Second Amendment rights,” she added, referring to the next three candidates in line for board positions, who have not yet been named.

The resigning board members had sent a letter July 22 to Meadows and the 76-member board urging the NRA to take immediate actions to address alleged “financial misconduct” and to “restore the trust of our members.” (RELATED: Board Members Demand NRA Investigate Financial And Legal Issues)

Board member Lt. Col. Robert Brown also signed the July 22 letter, but did not tender his resignation Thursday.

Meadows replied to their demands July 29. She remarked that their demand letter had been published on social media first.

“I was disappointed to see that your letter was distributed to the news media and disseminated via social media before I had even received a copy,” she began.

“Your correspondence reflects a misinformed view of legal and administrative matters involving our Association,” she continued.

“I assure you that the NRA is in good financial standing, tending to its legal and administrative duties, and taking appropriate measures to cooperate with all appropriate regulatory and congressional inquiries in which it is involved.”

At least one board member isn’t saddened by their departure. Marion Hammer, an NRA lobbyist in Florida, told the Washington Post the departing members “made a treacherous attempt to overthrow leadership and lost, now they’re unhappy nobody trusts them and doesn’t want them on committees where they can continue to disrupt the organization.”

“Don’t let the door hit you in the back on your way out,” she added.