President Donald Trump condemned white supremacy following two separate mass shootings over the weekend, one of which was allegedly carried out by a white supremacist.

Trump brought up the anti-Immigrant manifesto that was written by Patrick Wood Crusius, the individual who allegedly killed 20 people Saturday in a shooting that took place at an El Paso, Texas, Walmart. (RELATED: 20 People Dead After El Paso Shooting, Governor Says)

“The shooter in El Paso posted a manifesto online consumed by racist hate. In one voice, our nation must condemn racism, bigotry, and white supremacy,” Trump said. “These sinister ideologies must be defeated. Hate has no place in America. Hatred warps the mind, ravages the heart and devours the soul.” 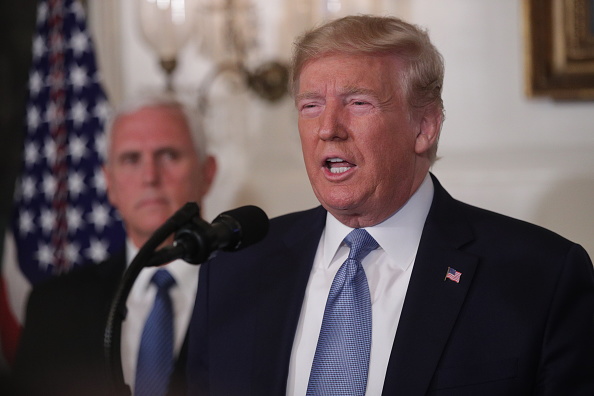 Trump also said that the internet has contributed to radicalization, and that he has instructed the FBI to “identify resources they need” to confront domestic terrorism. (RELATED: Texas Lt. Gov Warns Far-Left Group: ‘Stay Out Of Texas’ In Wake Of Walmart Shooting)

“We must recognize that the Internet has provided a dangerous avenue to radicalize disturbed minds and want dark acts. We must stop mass murders before they start,” the president said. “The Internet, likewise, is used for human trafficking, illegal drug distribution, and so many other heinous crimes.”

The president has come under fire from the left, with some 2020 Democratic presidential candidates even blaming him for the mass shootings, saying that he has promoted hatred and white supremacy.

Trump has condemned white nationalism and racism at certain points during his presidency.