Monthly migrant apprehensions in Mexico have begun to slow down, indicating that the government’s recent border crackdown is yielding results.

Authorities in the country apprehended 18,758 migrants in July, according to preliminary data from Mexico’s immigration agency, reported by the Wall Street Journal. While this number is more than double the amount detained in the same month last year, it is a decline from the record-setting 31,573 apprehensions in Mexico that took place in June.

The Mexican government says the slowdown in apprehensions is a result of the 40% drop of U.S.-bound illegal immigrants flowing through its country from May to July.

Marcelo Ebrard, Mexico’s foreign relations secretary, revealed in late July that the amount of mostly Central American migrants traveling through its country fell from 144,278 in May to 87,648 in June. Ebrard specifically credited his government’s dramatic suppression of illegal immigration, spurred on by pressure from the Trump administration. 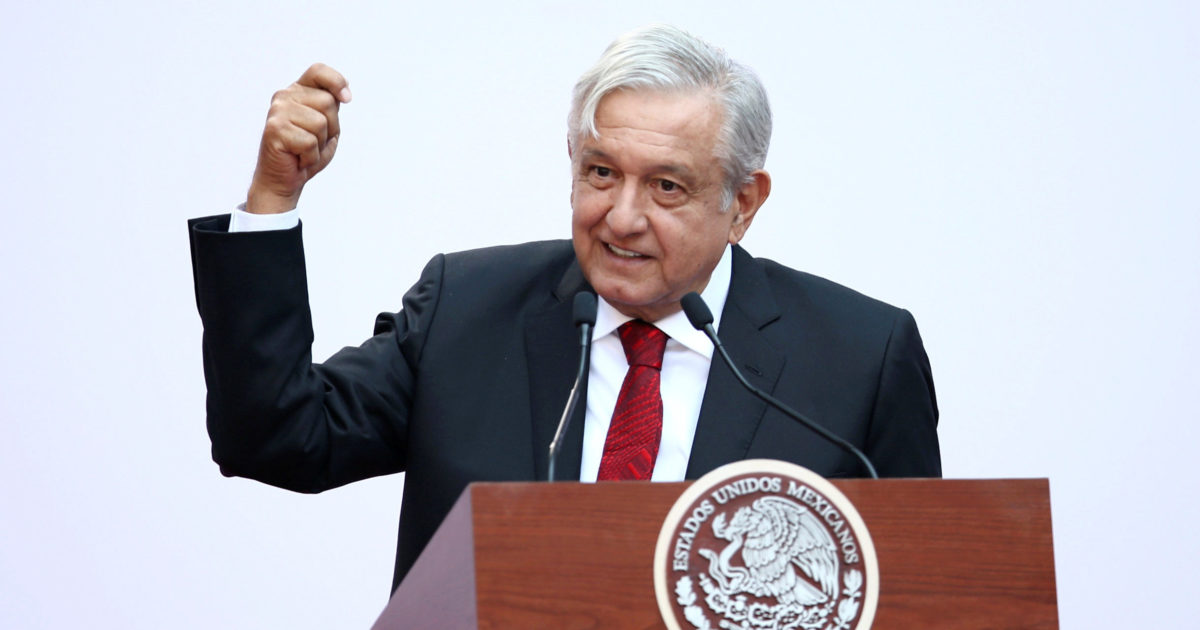 President Donald Trump threatened to slap a 5% tax on all Mexican products, and would increase this tax rate, unless their government agreed to step up border enforcement. The two countries reached an agreement in June, with Mexico pledging to hold more U.S. asylum seekers and send thousands more of its newly-formed National Guard troops to the Guatemalan border, a major chokepoint for Central American migrants.

The Mexican government has since deployed more than 20,000 National Guard members, made up of federal police and military troops, along its northern and southern borders.

As Mexico’s border security has improved, so has President Andres Manuel Lopez Obrador’s relationship with Trump. The leftist Mexican leader in 2017 accused the Republican president of fomenting a “campaign of hatred” against his people, and made a number of other remarks suggesting Trump was a racist. However, in his first interview with an international outlet since becoming president, Lopez Obrador said his American counterpart has toned down his rhetoric, and suggested the two have a good working relationship.

“I think that, as we say informally, he has toned it down. President Trump is more moderate now, and we are grateful for that,” Lopez Obrador said in an interview published on Friday. “We’re neighbors, and this neighborliness makes it mandatory for us to understand each other.” (RELATED: Details Emerge From Trump’s Asylum Deal With Guatemala)

The majority of the Mexican public supports removing illegal immigrants, and Lopez Obrador has enjoyed high poll numbers since embarking on migrant raids.

Fifty-five percent of Mexicans said they believe Central Americans who illegally cross into their country in order to reach the U.S. should be deported, according to a survey conducted in July. Only 33% of respondents to the survey said they supported keeping Central American migrants in Mexico as they await for their asylum claims to be adjudicated