A majority of Americans are in favor of a sweeping immigration deal that combines stronger border security along with protections for Deferred Action for Childhood Arrivals recipients, a survey found.

Sixty-two% of respondents said they would like to see President Donald Trump and Congress reach an agreement that bolsters security at the U.S.-Mexico border while providing a pathway to citizenship to individuals currently under the DACA program, according to a Harvard CAPS-Harris Poll survey released to The Hill.

The survey also found 58% of respondents agreeing that there was a security and humanitarian crisis at the U.S. southern border.

“It’s incredible how this has become the most important issue over healthcare. Democrats are increasingly on the defensive on the issue,” Mark Penn, co-director of the poll, said to The Hill. “The public still backs a compromise of tougher borders and a reformed system that would also give work permits and or a path to citizenship for DACA recipients.” 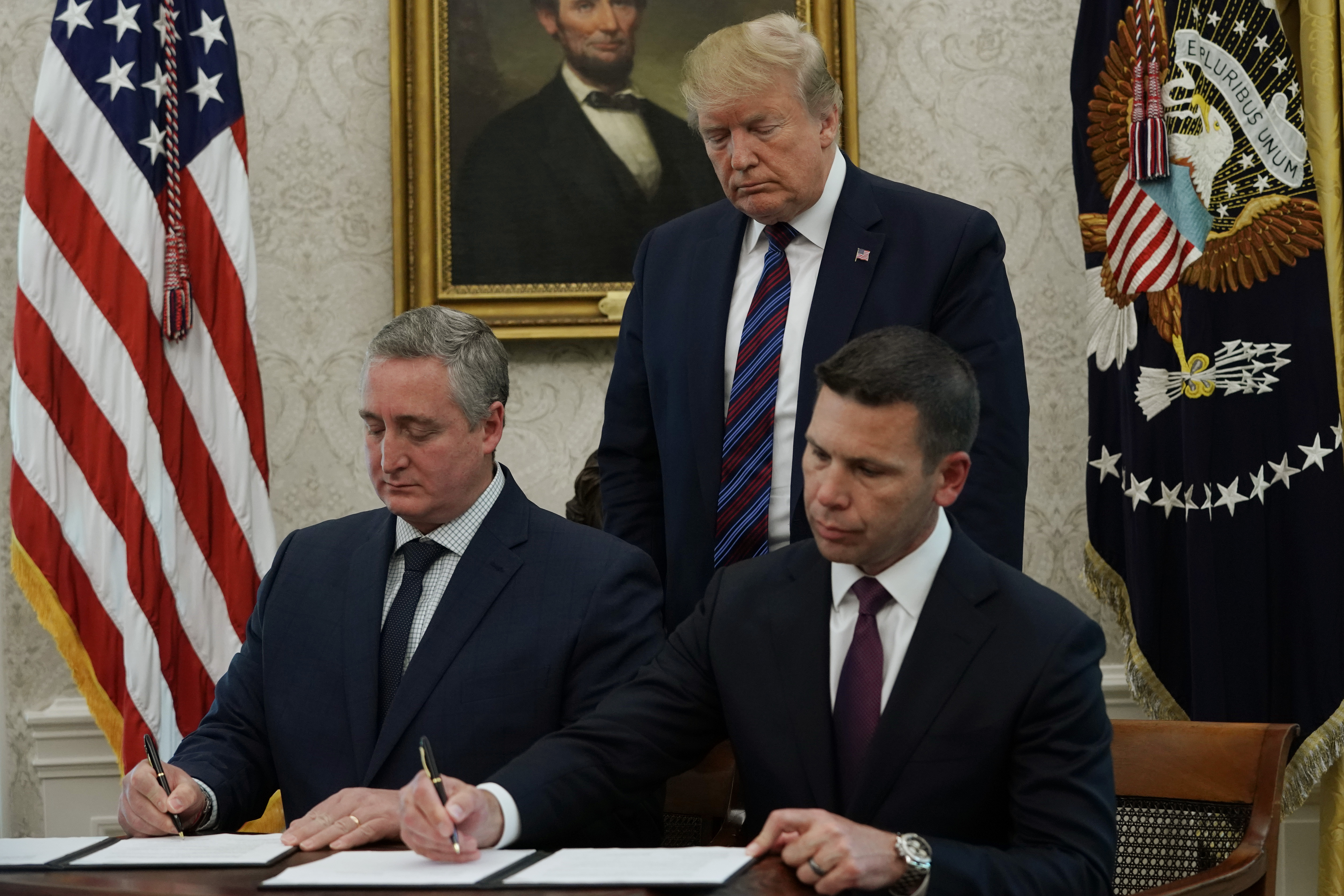 A total of 2,214 registered U.S. voters were surveyed online from July 31 to Aug. 1 for the Harvard CAPS-Harris Poll. More details on the poll’s results are expected to be released later in the week.

Illegal immigration — an issue that took center stage in Trump’s campaign, and now his presidency — continues to dominate U.S. political debate and headlines.

The federal government in January experienced its largest shutdown in U.S. history when Republicans and Democrats on Capitol Hill could not reach an agreement over funding for Trump’s proposed border wall with Mexico. The president declared a national emergency in February to secure additional funding. Congressional Democrats, along with a cadre of progressive groups, have adamantly tried to block the funds in court — so far to no avail.

Notably, Trump has entertained the idea of linking border security to DACA protections — two things that Republicans and Democrats, respectively, want to see passed in Congress. In the heat of the government shutdown fight, the president in January suggested such a deal would bring both parties together. (RELATED: Mexico Detaining Fewer Migrants As Crisis Shows Signs Of Waning)

A number of prominent Democrats in Congress entertained the idea, however, House Speaker Nancy Pelosi swiftly shot it down.