Two prominent Puerto Rican politicians filed lawsuits to remove the territory’s Gov. Pedro Pierluisi, who stepped up to the position from secretary of state after former Gov. Ricardo Rosselló resigned on Aug. 2.

San Juan Mayor Carmen Yulín Cruz and Senate President Thomas Rivera Schatz are behind the suits, NBC News reported Monday. Schatz’s suit maintains that Pierluisi stop acting as governor since he has only been confirmed by the island’s House of Representatives, reported CBS News. Puerto Rico’s Senate was expected to vote on his confirmation Monday afternoon.

Pierluisi became secretary of state after Rosselló’s Secretary of State Luis G. Rivera Marín stepped down as part of the same scandal that brought down the former governor. Thousands of protesters in Puerto Rico demanded Rosselló resign over corruption charges and what many believe are misogynistic private messages he shared with officials. Even U.S. lawmakers weighed in. (RELATED: Here’s Why Protesters Are Demanding Puerto Rico Gov. Rico Rosselló Resign)

Pierluisi said Sunday that if the Senate votes him down as secretary of state, he would step down and allow the justice secretary to become governor. 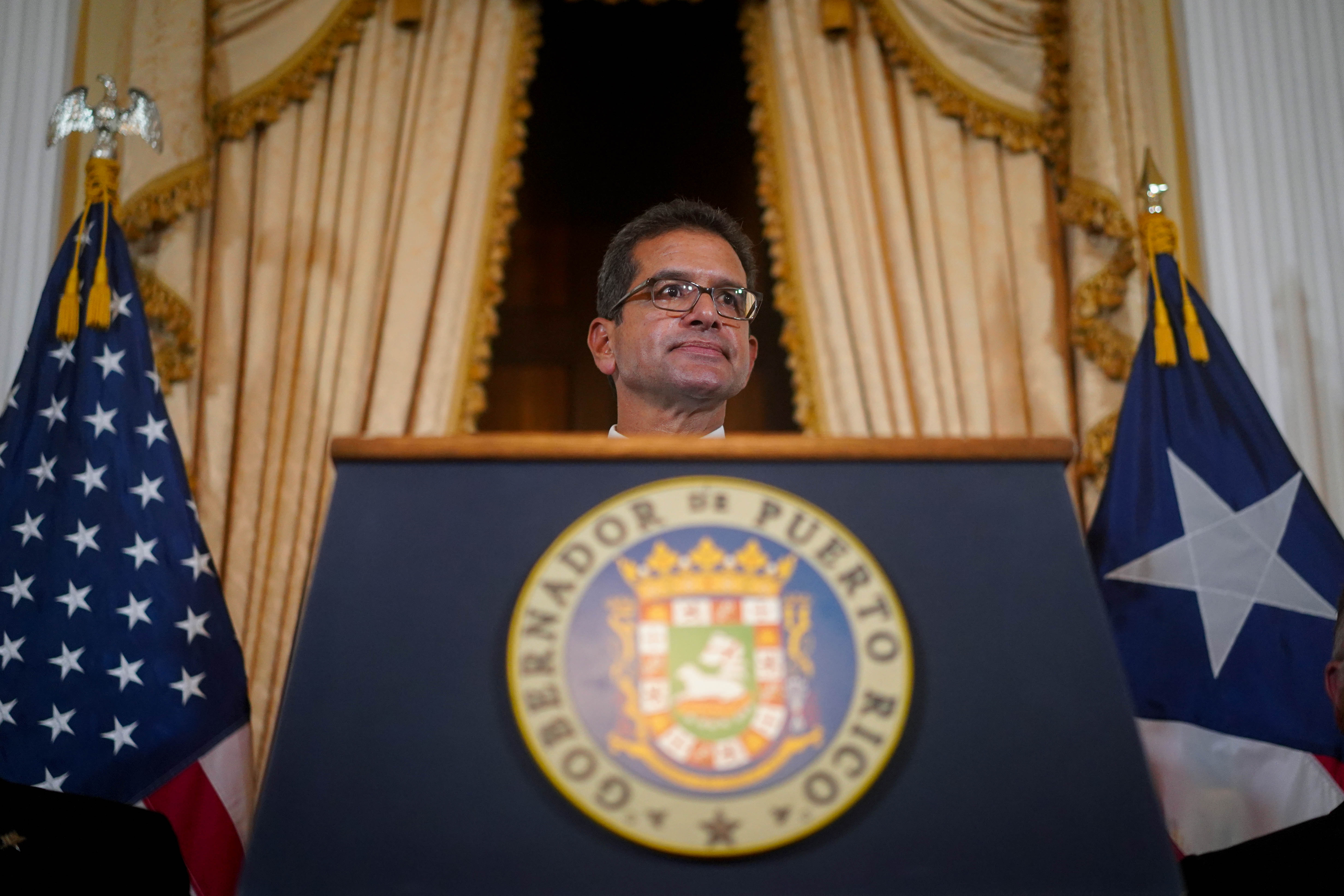 “Although it is regrettable that this matter has to be elucidated in our courts, I hope that it will be treated with the greatest urgency and diligence for the good of the people of Puerto Rico,” Pierluisi said in a statement.

The Senate’s suit also focuses on a 2005 Puerto Rico law, which says that the secretary of state position does not have to be approved by both House and Senate if he has to ascend to the rank of governor. The island’s Senate wants the court to declare the law unconstitutional.

Pierluisi is no stranger to the highest ranks of Puerto Rico’s government. He was Puerto Rico’s representative in Congress from 2009 to 2017 after serving as justice secretary in the 1990s. Pierluisi also ran against Rosselló in the 2016 primary for governor and lost, reported CBS News.