Mason Thibault Mason is a native of Fall River, Massachusetts, an avid NFL and NCAA fan, and a commerce writer for the Daily Caller
August 06, 2019 4:44 PM ET
Font Size:

Sometimes a teddy bear is more than a teddy bear, and Trumpy Bear, the bear born and raised inside a Dallas warehouse, resembles our President in both physical appearance and commitment to great American ideals.

Trumpy Bear, a teddy bear designed with a shock of blond hair and bushy eyebrows like President Donald Trump’s, has been on the market since 2017, but it has become a sensation this week because of a Twitter post that went viral. 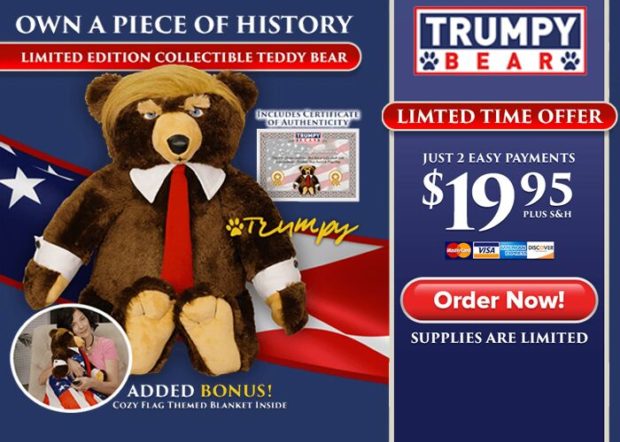 In fact, the success of Trumpy Bear has spawned many imitation products, but if you buy your Trumpy Bear right from the official website shown here, your purchase will include a certificate of authenticity that will help verify that this is a bon-a-fide collector’s item years down the road.

It also comes with an extra cozy flag themed blanket, to wrap Trumpy Bear around. 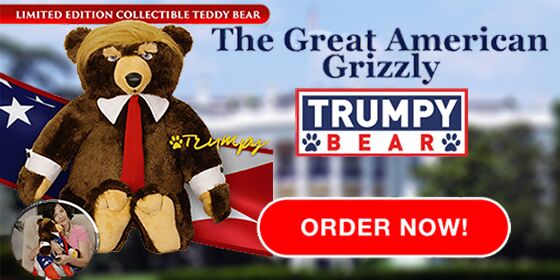 So what are you waiting for? Whether you want it as a collectors item or as a gift for your children or grandchildren, Trumpy Bear is taking the country by storm and with a limited supply…you don’t want to miss out.