U.S. Ambassador to Russia Jon Huntsman will resign from office effective on Oct. 3, he said in a letter Monday to President Donald Trump.

Huntsman is considering another run for governor of Utah, his home state, according to The Salt Lake Tribune. He previously served in that office until 2009, when he left to take the post of ambassador to China in the Obama administration. He ran for president in 2012.

“Going forward, we must continue to hold Russia accountable when its behavior threatens us and our allies,” Huntsman wrote in his letter to Trump.

“While much of what divides us is irreconcilable, there are common interests we cannot ignore,” he added. “No reset or restart is going to help, just a clear understanding of our interests and values — and a practical framework for sustained dialogue.” (RELATED: Ambassador Jon Huntsman Diagnosed With Cancer, Expected To Be OK) 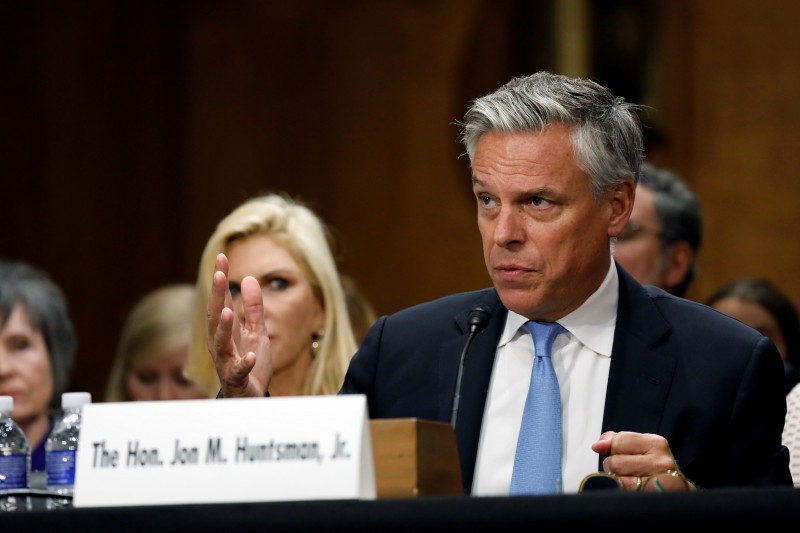 Former Gov. Jon Huntsman testifies before a Senate Foreign Relations Committee hearing on his nomination to be ambassador to Russia on Capitol Hill in Washington, U.S., Sept. 19, 2017. REUTERS/Aaron P. Bernstein

Huntsman, who has served as ambassador since Oct. 3, 2017, was also involved in the case of Paul Whelan, an American citizen in jail in Russia on charges that he is a U.S. government spy. The Russian government has said little about the case, and it has been reported that Whelan is being held as bait in a potential prisoner swap with the U.S.