Lawmakers are asking for the reports on AmeriCorps’ potential misuse of taxpayer money related to abortion services and referrals, as well as building renovations, a letter from ranking members on the House Oversight Committee reveals.

Republican Reps. Jim Jordan of Ohio and Mark Meadows of North Carolina are requesting the release of documents from the Corporation for National Community Service (CNCS) Office of the Inspector General (OIG) concerning the potential misuse of taxpayer money by AmeriCorps.

The lawmakers are also requesting the release of documents on potential misuse of taxpayer money to renovate a Baltimore campus building. The deadline they issued is Aug. 20 at 5 p.m.

“We always appreciate Congressional interest in our work and look forward to responding about our findings to date,” Deborah Jeffrey, inspector general for CNCS, told the Daily Caller News Foundation.

A Tuesday letter from Jordan and Meadows asks the inspector general for CNCS — the federal agency that oversees AmeriCorps — to release reports that investigate two separate instances of AmeriCorps allegedly misusing federal funds.

“We have become aware that the Corporation for National and Community Service (CNCS) Office of the Inspector General (OIG) has not issued final reports for two OIG investigations into the misuse of federal resources,” the letter reads. “We respectfully ask that you produce draft reports and case files for these two investigations.” (RELATED: Missouri’s Only Abortion Clinic Stays Open As Health Department Doesn’t Renew License) 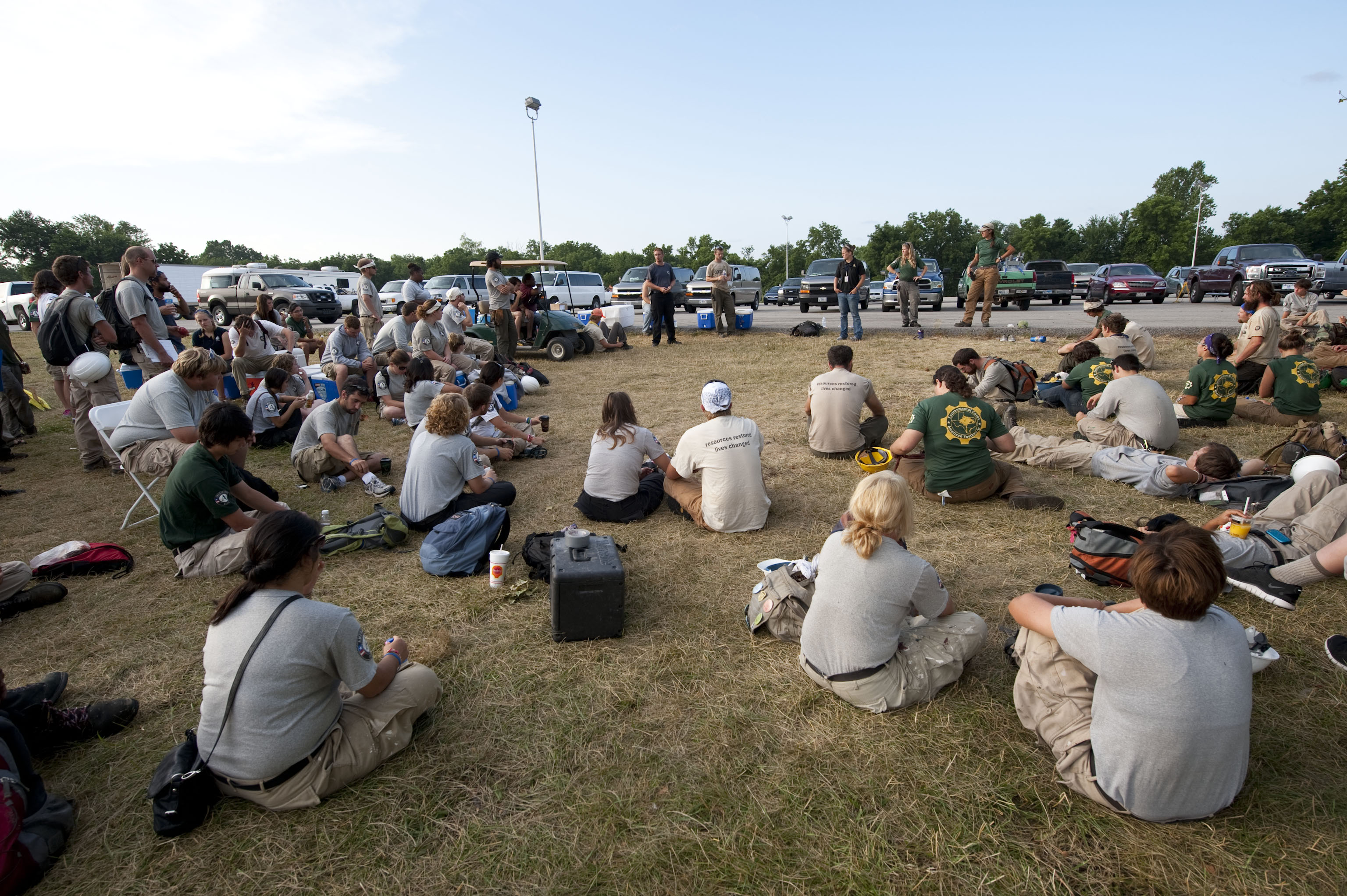 The letter then makes two inquiries into whether AmeriCorps participated in abortion services as well as details about the relocation — and subsequent renovation — of its National Civilian Community Corps (NCCC) Atlantic Region Campus from Parry Point, Maryland, to Baltimore.

“First, we understand that the CNCS OIG has prepared a draft report evaluating whether AmeriCorps members participated in abortion services or referrals, which is prohibited by federal law. Then-Senator [Orrin] Hatch and Senator [Mike] Enzi asked the CNCS OIG to perform this evaluation in June 2011. However, to date, CNCS OIG has not issued this report,” the first inquiry reads.

“Republicans have strong reason to believe that AmeriCorps members participated in abortion services or referrals. They just need official confirmation that is actually took place. Republicans contend the IG report details these illegal acts,” a source familiar with the investigations who spoke on the condition of anonymity told the DCNF.

Investigators found in 2016 that AmeriCorps disregarded a CNCS abortion prohibition that barred volunteers from certain activities related to abortion services or referrals.

“Although the Office of the Inspector General’s (OIG) investigation concluded the misconduct occurred on an extremely limited scope, the grantee broke the law and violated the spirit of national service,” CNCS spokeswoman Samantha Jo Warfield told The Hill in 2016.

AmeriCorps instead allegedly allowed members of its youth job-training program, Community HealthCorps, to provide “doula care” for women who were seeking abortions at three clinics between 2013 and 2015, according to U.S. News & World Report, citing a government watchdog report.

Those providing doula care give emotional support to women seeking abortions or provide transportation to and from abortion clinics, The Hill reported.

Investigators determined the group had violated federal law, and Community HealthCorps lost funding and was shut down.

“Second, we understand that the CNCS OIG prepared a draft Report of Investigation (ROI) in 2015 relating to the OIG’s investigation into the CNCS’s relocation of the National Civilian Community Corps’ Atlantic Region Campus from Parry Point, Maryland, to the Sacred Heart of Mary School in Baltimore, Maryland,” the second inquiry in Jordan’s and Meadows’s letter reads.

“The OIG apparently found that CNCS broke federal contracting rules in leasing the Sacred Heart of Mary School and the CNCS wasted taxpayer dollars in renovating the facility. To date, although we understand that a draft report exists, the CNCS OIG has not issued this ROI,” it continues.

The purpose of AmeriCorps’ regional campus buildings is to provide a place for its 18- to 24-year-old volunteers to complete training before beginning their 10-month community service programs, according to its website. (RELATED: Media Plays The Racist Card After Trump’s Tweets On Baltimore, President’s Supporters Push Back)

“Their argument comes after recent reporting showed American taxpayers already foot the bill for nearly $2 billion in federal aid to fund 30,000 public employees in Baltimore at local and federal levels,” the source added, referencing an investigation by OpenTheBooks.com published Aug. 1.

Jordan and Meadows conclude the letter by asking the CNCS OIG to provide information to better understand the results of the AmeriCorps and CNCS Atlantic Region Campus investigations.

A response from AmeriCorps will be added should the DCNF receive one.