President Donald Trump was greeted with a 20-foot “baby Trump” blimp and protesters Wednesday as he visited the survivors of a mass shooting in Dayton, Ohio.

The balloon was transported from Chicago ahead of Trump’s arrival, according to The Washington Post. It showed Trump as an angry baby in a diaper clutching a cellphone.

The “baby Trump” blimp had a sign that read, “Welcome to Toledo Dayton! Don’t be a baby — Stand up to the NRA.” The word “Toledo” was crossed out as a reference to Trump referring to Dayton as Toledo, Ohio, during a press conference Monday. (RELATED: Dayton Mayor Laughs As She Mocks Trump Over Toledo Gaffe) 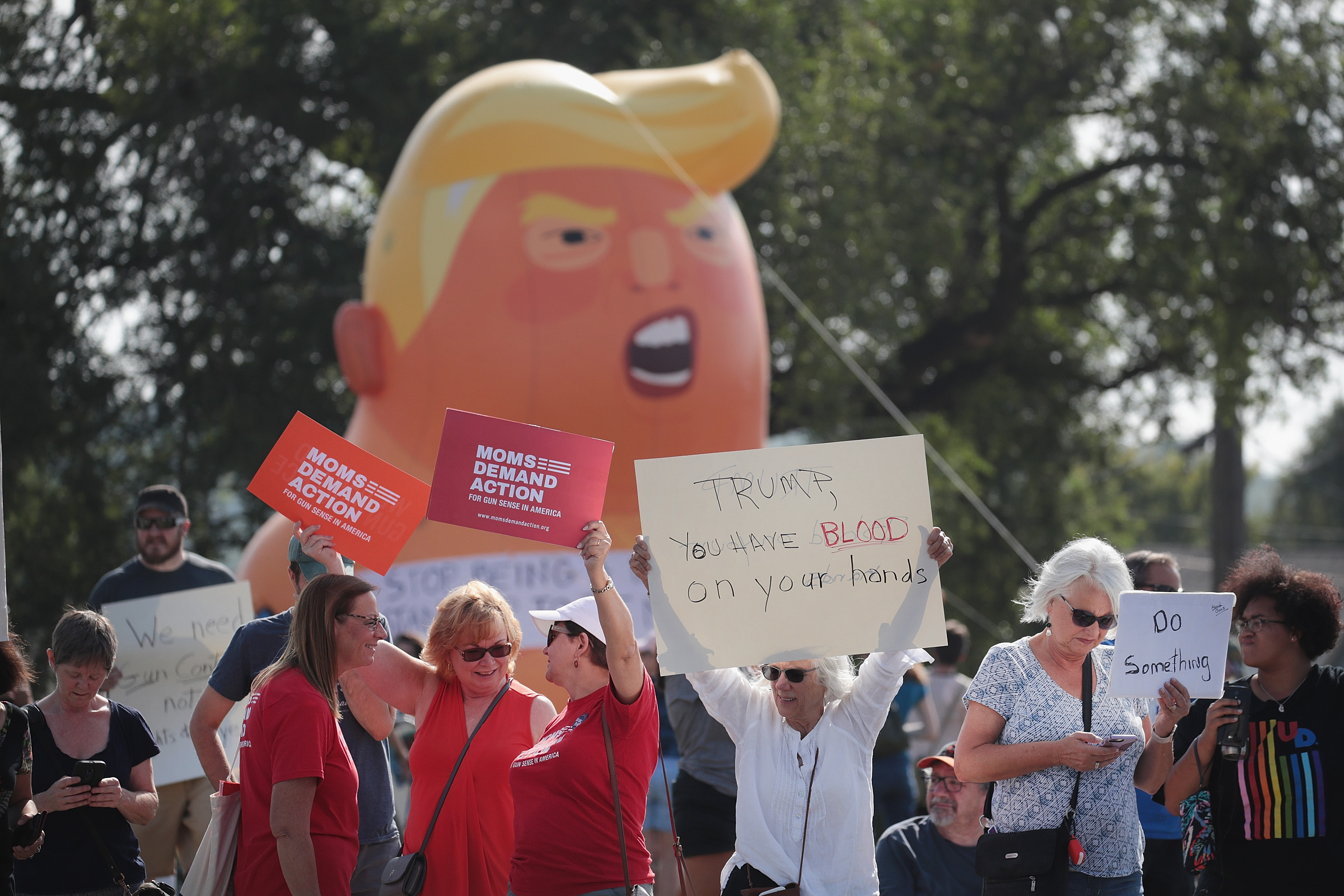 Demonstrators line the street near Miami Valley Hospital in anticipation of a visit from President Donald Trump on Aug. 7, 2019 in Dayton, Ohio. (Scott Olson/Getty Images)

The balloon has been seen at different events Trump has attended and first appeared in London in 2018, according to The Hill. Trump will visit El Paso, Texas, Wednesday as well, where a mass shooting at a Walmart Saturday killed 22 people and injured over two dozen others.

Protesters arrived in El Paso ahead of Trump’s visit.