Drug Enforcement Agency (DEA) agents are reportedly losing their own weapons, and their system for tracking them down is obsolete, a Department of Justice (DOJ) audit of 16 locations released Thursday reveals.

The DEA routinely combats illegal drugs and firearms, but a new gun problem isn’t on the street, it comes from within their own ranks. DEA agents have lost 26 issued weapons between 2014 and 2018, and their means of tracking them down is riddled with “weakness” and “risk,” leaving room for things to go missing, the report details.

The DEA employs over 4,300 agents throughout 222 offices in the U.S. and dozens abroad. They oversee numerous firearms including fully-automatic machine guns and “projectile-launch weapons.”

The 26 firearms, both carbines and handguns, were stolen or lost in 24 different instances, and only 17 of the 24 agents who parted ways with their government-issued weapon were actually penalized for the loss. DEA penalties varied from 5-day suspensions all the way up to 35-day forced leaves.

One agent lost his handgun while hunting, another left their weapon in a restaurant and a third left one in a hotel. Only 12 of the 26 lost guns have been recovered, meaning 14 are still unaccounted for. 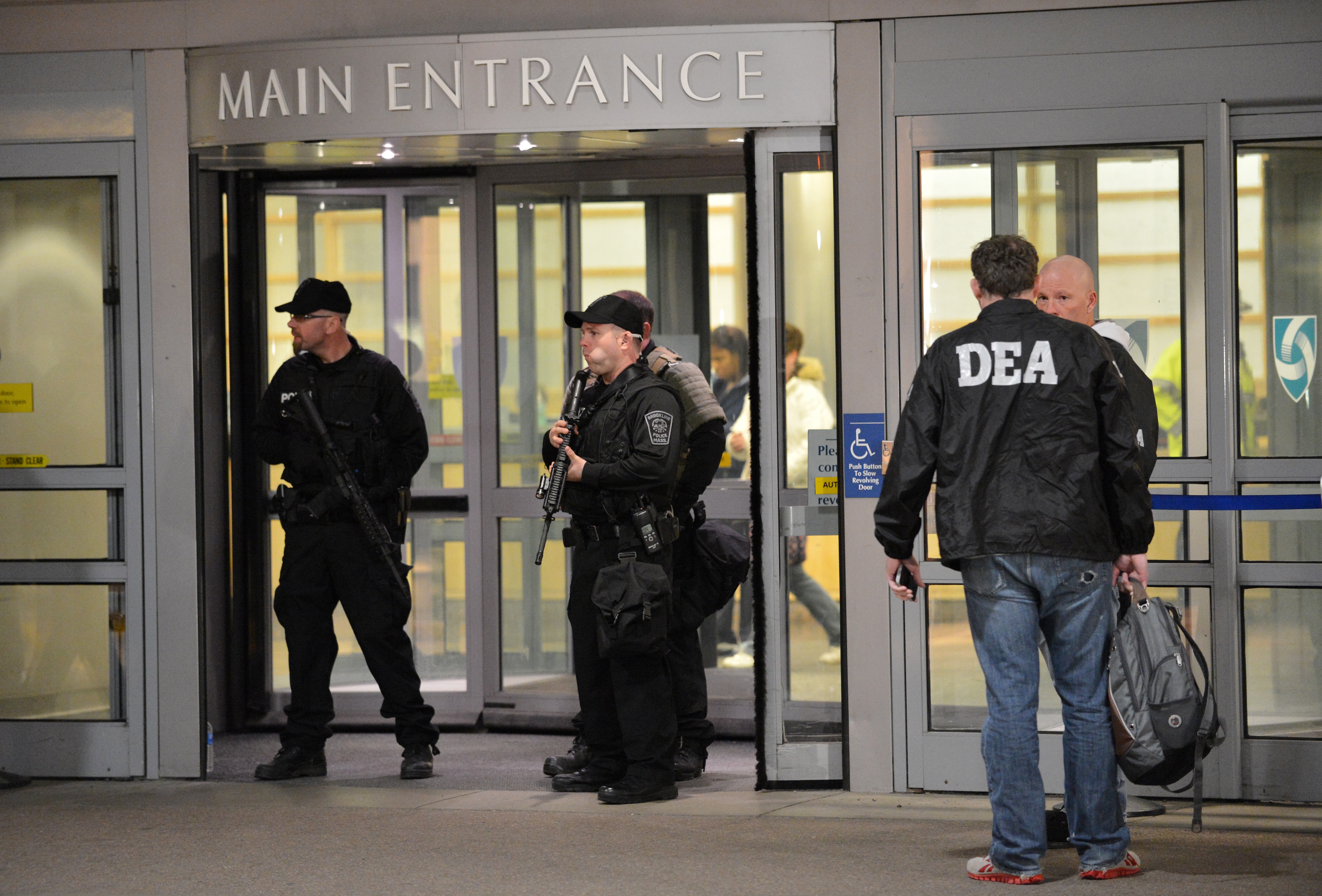 Armed police officers and Drug Enforcement Agency (DEA) agents secure the main entrance to Brigham and Women’s Hospital April 15, 2013 in Boston, Massachusetts. Many who were wounded when two explosions struck near the finish line of the Boston Marathon were brought to Brigham and Women’s. (STAN HONDA/AFP/Getty Images)

The report also alleges DEA agents do “not track data on whether any of the lost or stolen firearms were used in a crime.” And even if tracking them down was a priority for the government organization, it would be extremely arduous.

There is no central database that holds information about the weapons possessed by DEA agents. Facilities have their own database forms, DE-17s, but they don’t communicate with the central data location, Weapons Database Inventory System (WDIS).

DE-17s also have little ability to make edits as to which officer possesses which firearm, and information is reportedly deleted and mishandled frequently. If a firearm needs to be tracked, it must be done manually.

“However, WDIS does not track the location of the firearms assigned to Special Agents. Currently, in order to identify the location of an assigned firearm, the DEA’s Firearms Training Unit has to manually match the firearm record in WDIS to its records in its Firearm Qualification Tracking System,” the report details.

The DEA has another problem: they aren’t following their own policies. They’re issuing their agents more firearms than needed, despite losing more than a few of them throughout the years.

“We also found that the DEA is circumventing its own policy requirements for issuing and tracking firearms assigned to Special Agents, in order to permanently assign more weapons to an individual than allowed by its polices,” the DOJ alleges in their report.

The DEA also has an ammunition problem, as DOJ investigators found issues in 5 of the 16 audited locations. Ammo, 600,000 rounds at each facility, was reportedly not logged properly and according to the report, such mishandling “increase the risk of ammunition being lost, misplaced, or stolen without detection.” 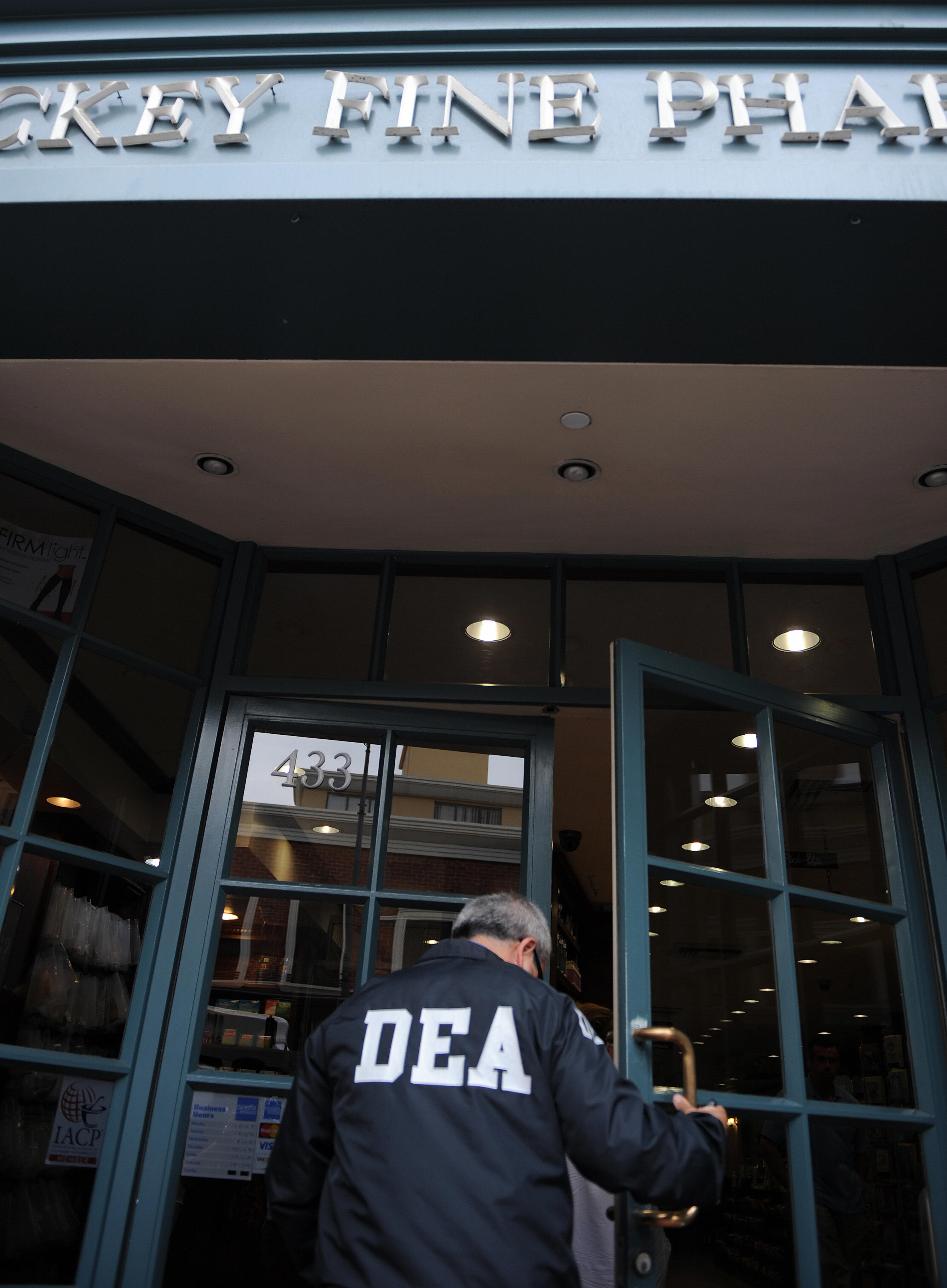 The DEA also possesses a host of non-lethal weapons (diversion devices) such as flash bangs and smoke grenades. These were also not properly supervised. Diversion devices were only stored in less than half of the audited facilities, and the DOJ claims poor inventory checks put them under a heightened theft risk. (RELATED: Custom’s Commandeers Ship That Had $1 Billion In Cocaine Aboard)

“We appreciate the role OIG played in identifying areas we can improve upon in DEA’s controls over its weapons, ammunition, less than lethal munitions and diversionary devices,” a DEA spokesperson told the Daily Caller News Foundation, “We are addressing the recommendations in the audit and implementing policies and procedures to enhance our oversight in these areas.”

The DEA has reportedly concurred with all nine of the DOJ’s recommendations, the report details.