President Donald Trump is not one to often express remorse, but he apparently does regret pressuring his brother Fred Trump, Jr. to manage the family business instead of being the pilot that he longed to be.

“Come on, Freddy, what are you doing?” Trump told his brother, according to a Washington Post interview published Thursday. “You’re wasting your time.”

“I do regret having put pressure on him.”

President Donald Trump listens during an opioid and drug abuse listening session in the Roosevelt Room of the White House in Washington, D.C., U.S., on Wednesday, March 29, 2017. Photographer: Shawn Thew/Pool via Bloomberg

The lack of encouragement apparently hurt Fred deeply. “It was a lot of pressure,” Fred’s university fraternity brother David Miller told the Post. “He did what he could to run away from it.”

“What he loved doing was flying airplanes,” Donald Trump told the Post. “I remember being at the house and other pilots from TWA would come to the house and they’d come to work with Fred because he was a very natural talent.”

Although both friends and family observed the early signs of alcoholism, Fred’s descent into addiction continued until it destroyed its usual targets of  work, marriage and health. He eventually died of a heart attack, most likely brought on by excessive drinking, at the age of 42.

That tragedy reinforced Trump’s decision to eschew alcohol and drugs because he believes he was probably predetermined for addiction. But Trump says the tragedy has also endowed him with an understanding of how the disease of addiction seizes hold of people and that this understanding makes him a worthy foe of America’s growing opioid crisis. (RELATED: We Can End The Opioid Epidemic, Trump Says) 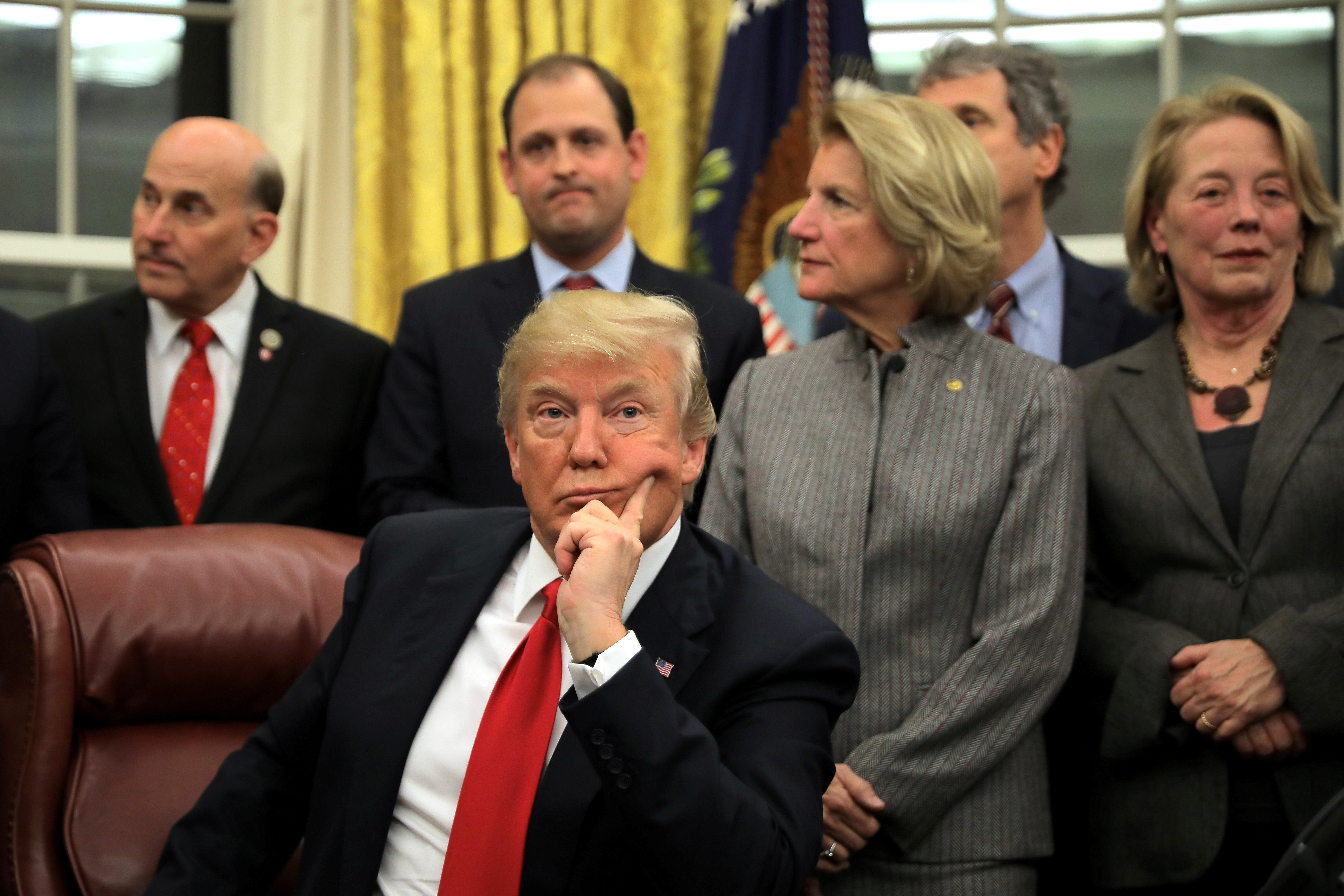 U.S. President Donald Trump attends a signing ceremony for the Interdict Act into law, to provide Customs and Border Protection agents with the latest screening technology on the fight against the opioid crisis on Jan. 10, 2018. REUTERS/Carlos Barria

Trump began his presidency by pledging to withhold a part of his salary to fight opioid abuse. He has also talked about instituting the death penalty for drug dealers who are linked with overdose deaths.

After almost 40 years since his brother’s untimely death, Trump told the Post that he can appreciate the reasons for it “much, much better” and that his presidency can seek to offer solutions for today’s drug problems.

“I guess you could say now I’m the chief of trying to solve it,” Trump said. “I don’t know that I’d be working, devoting the kind of time and energy and even the money we are allocating to it … I don’t know that I’d be doing that had I not had the experience with Fred.” (RELATED: White House Panicking Over Trump’s Plan To Call Opioids A National Emergency)

Although Trump has written about his brother’s drinking and early death before, in this interview with the Post he talked extensively about the circumstances of his brother’s life and death and how the Trump family affected Fred’s downward spiral.

“I do regret having put pressure on him,” Trump said. Being the front-man for the Trump business empire “was just something he was never going to want” to do. “It was just not his thing … I think the mistake that we made was we assumed that everybody would like it. That would be the biggest mistake … There was sort of a double pressure put on him,” Trump said, referring to himself and his father.

Jack O’Donnell, who ran a Trump casino before establishing a treatment center for addicts, told the Post that he believes the president is still wrestling with the legacy of his brother’s alcoholism and demise.

“It always felt like it was a dark family secret, and a subject [about] which he did not want to talk,” O’Donnell said. “There is generally a lot of shame around addiction, which is sad. I think the entire Trump family suffers a great deal of shame and unresolved trauma over Fred Jr.’s death.”