The arrests took place in seven different food processing facilities in towns across the state of Mississippi including Carthage, Pelahatcie, Sebastapol, Bay Springs, Morton, and Canton, the Associated Press reports.

Roughly 600 agents were involved in the operation, spreading out across the several plants owned by five different companies.

The Wednesday raid comes after the president said in July that ICE would begin cracking down on illegal immigrants that have been ordered to be deported. (RELATED: ICE Releases List Of Murderers And Rapists Protected Under Sanctuary City Policies)

“In what is believed to be the largest single-state immigration enforcement operation in our nation’s history, today at seven site,” Mike Hurst said to reporters on Wednesday. “ICE HSI (Homeland Security Investigation) special agents executed administrative and criminal search warrants resulting in the detention of approximately 680 illegal aliens.” 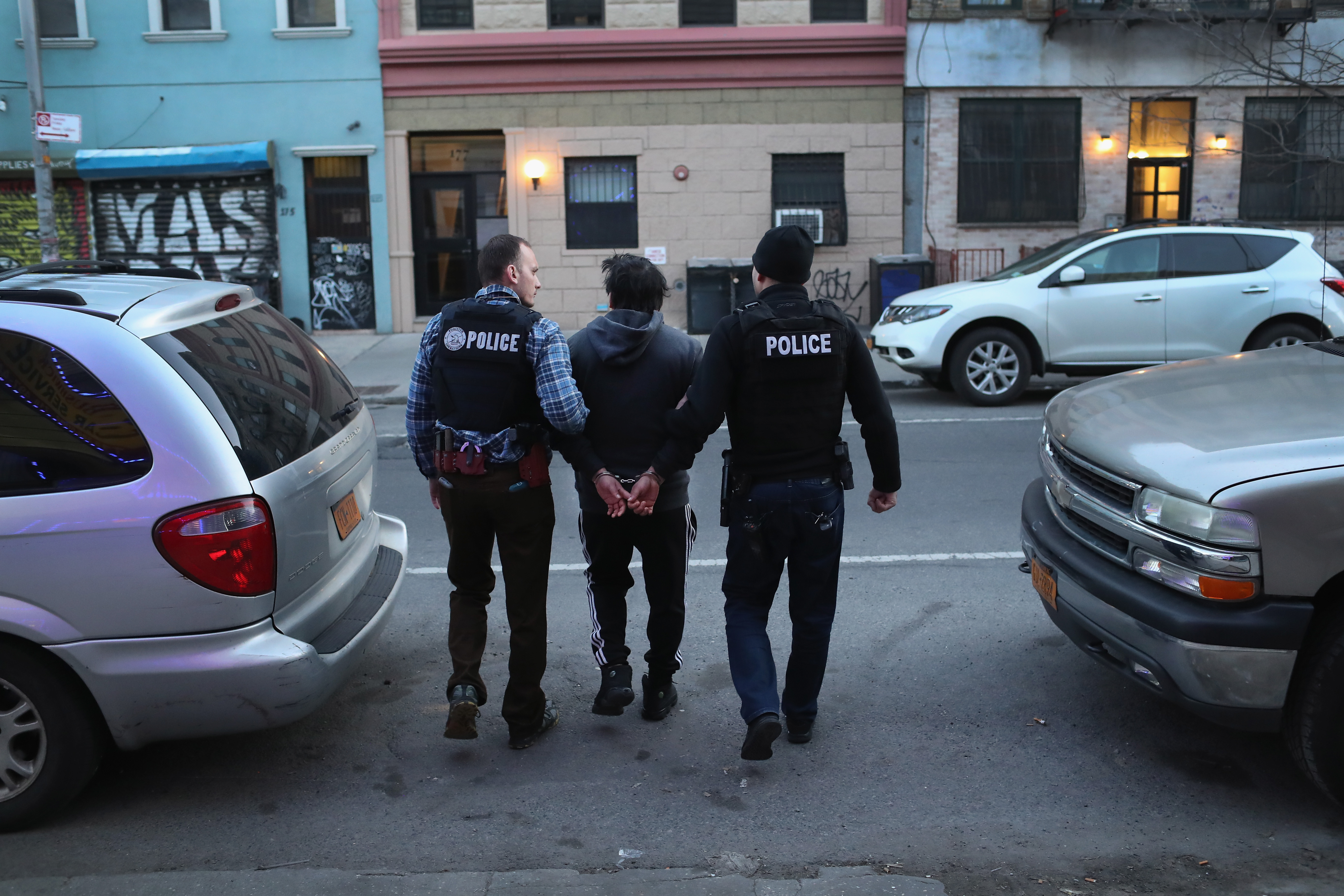 NEW YORK, NY – APRIL 11: U.S. Immigration and Customs Enforcement (ICE), officers arrest an undocumented Mexican immigrant during a raid in the Bushwick neighborhood of Brooklyn on April 11, 2018 in New York City. New York is considered a “sanctuary city” for undocumented immigrants, and ICE receives little or no cooperation from local law enforcement. ICE said that officers arrested 225 people for violation of immigration laws during the 6-day operation, the largest in New York City in recent years. (Photo by John Moore/Getty Images)

“We are first and foremost a nation of laws and the Rule of Law is the bedrock, the very foundation, of our great country,” Hurst added. “I heard someone say that a country without borders is not a country at all and while I agree with that, I would also add that without law there is no order. Without the enforcement of law, there is no justice.”

Detained aliens in Morton, 40 miles east of Jackson, were put into three buses, transferred to a military hangar, and were processed for immigration violations, according to the Associated Press.

“These are not new laws, nor is the enforcement of them new,” said acting ICE Director Matt Albence. “The arrests today were the result of a year-long criminal investigation. And the arrests and warrants that were executed today are just another step in that investigation.” 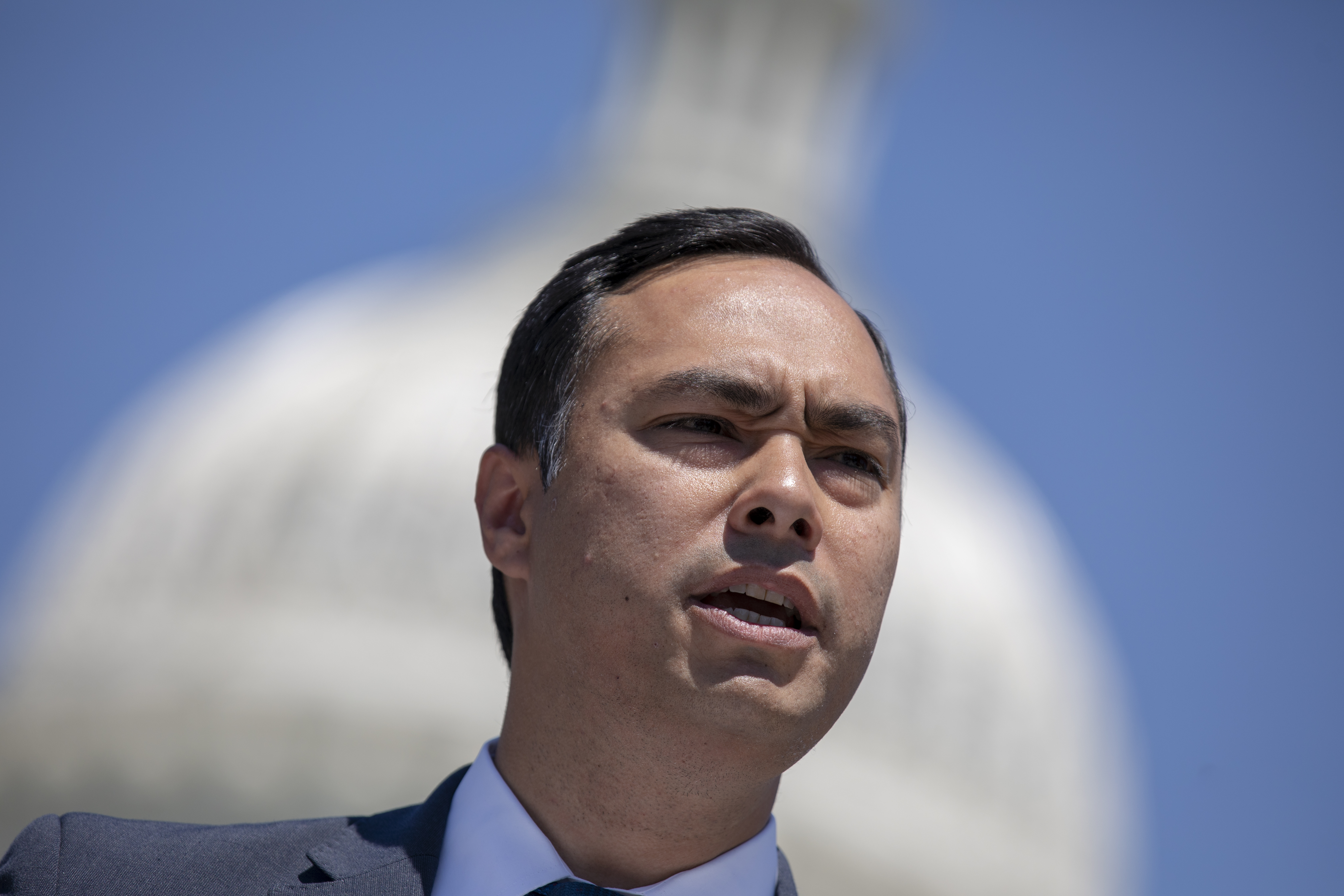 WASHINGTON, DC – JULY 10: Rep. Joaquin Castro (D-TX) speaks during a news conference regarding the separation of immigrant children at the U.S. Capitol on July 10, 2018 in Washington, DC. A court order issued June 26 set a deadline of July 10 to reunite the roughly 100 young children with their parents. (Photo by Alex Edelman/Getty Images)

Texas Rep. Joaquin Castro had some strong words about the recent arrests, saying, “Let’s be clear: ICE raids of this scale are not conducted for immigration enforcement, they’re to strike fear in our communities in a time when Latinos are already living in terror.”

Castro has come under scrutiny recently. He released the names and employment information Tuesday of San Antonio residents that have donated the maximum amount to President Donald Trump. Six of the donors he exposed also donated to him and his twin brother Julian Castro, who is currently running for the Democratic nominee for president.

This exchange is *chef kiss*

Rep. Castro: “Look I don’t want anyone to be harassed or —“

Willie Geist: “Well they will be because you put their names out there.”

Rep. Castro: “That was not my intention —“

Willie Geist: “But that’s what will happen.”
pic.twitter.com/yTOwgiOlVi

Castro’s twin, Julian, is polling at 1% in the Democratic primary, according to RealClearPolitics.