Uber, the world’s largest ride-hailing company, announced Thursday that it lost $5.2 billion in the second quarter, and experienced its slowest revenue growth ever disclosed.

The company reported the loss along with second-quarter results that included $3.1 billion in quarterly revenue, up only 14% from a year prior and its slowest reported growth ever, according to The New York Times.

“We think that 2019 will be out peak investment year,” Uber CEO Dara Khosrowshahi told The NYT. “We want to make sure that the kind of growth we have is healthy growth.”

$3.9 billion of the loss was due to stock-based compensation for Uber employees stemming from its initial public offering. Minus that, Uber lost $1.3 billion in the second quarter, which is almost twice the $878 million it lost Q2 2018. 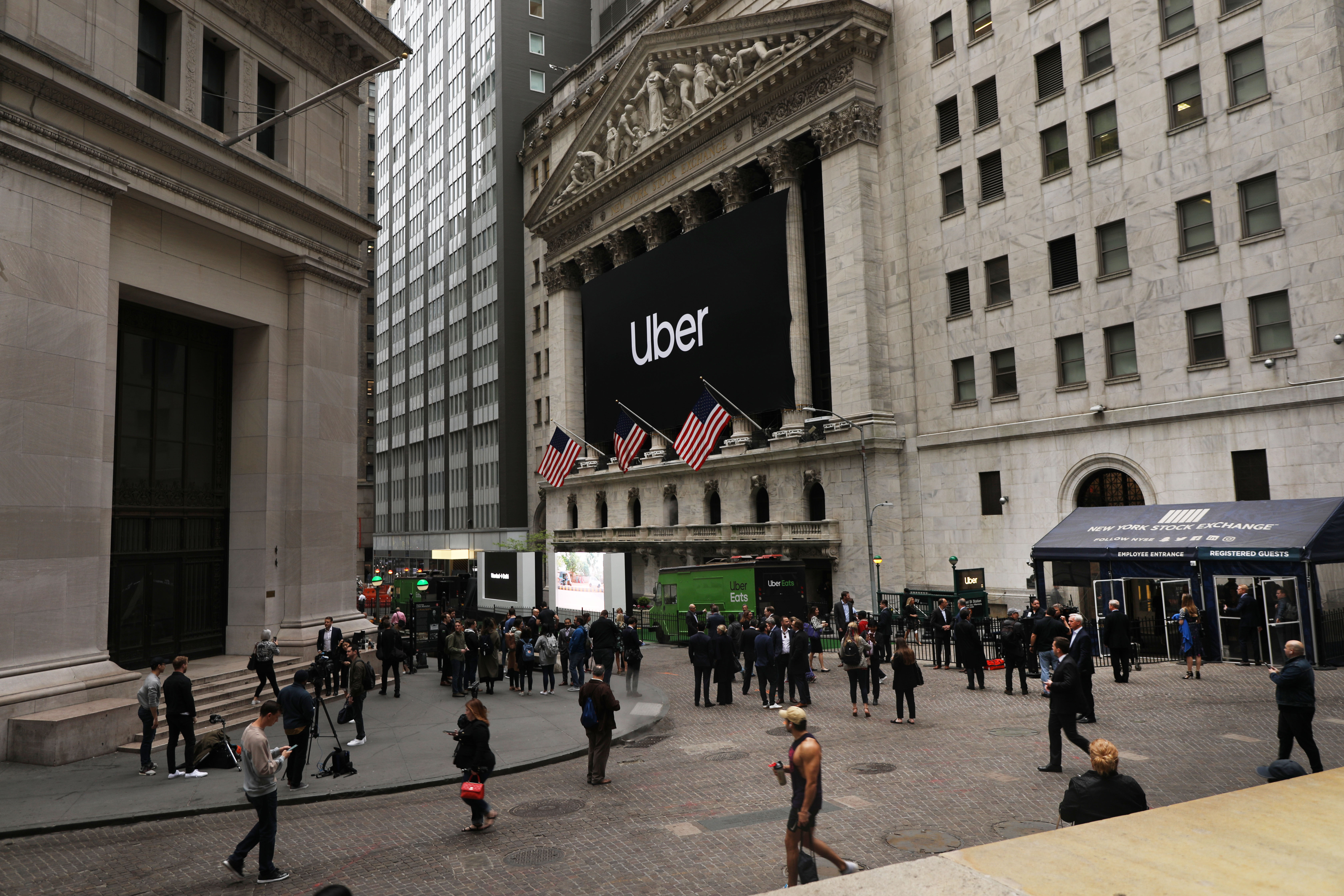 The Uber banner hangs outside of the New York Stock Exchange (NYSE) before the Opening Bell at the NYSE as the ride-hailing company Uber makes its highly anticipated initial public offering (IPO) on May 10, 2019 in New York City. (Photo by Spencer Platt/Getty Images)

There was some positive news, Khosrowshahi said, including a 31% increase in Uber’s bookings over 2018. The company also boasts more than 100,000 active riders, the first time it has hit the figure.

Khosrowshahi has faced scrutiny since Uber‘s public offering in May, which had been expected to hit $120 billion, ended up with a market capitalization of only $69 billion, according to The NYT.

“The competitive environment, which got worse in the second half of last year, is progressively improving now,” Khosrowshahi said.