The legislation would mandate FBI approval for civilians to purchase body armor, which includes bulletproof vests like one worn by the gunman in the Dayton, Ohio, mass shooting on Aug. 4, the New York Post reported.

“What we have learned is that a good number of those intent on mass shootings buy body armor,” Schumer said in a press conference. “They want to kill as many people as possible.” 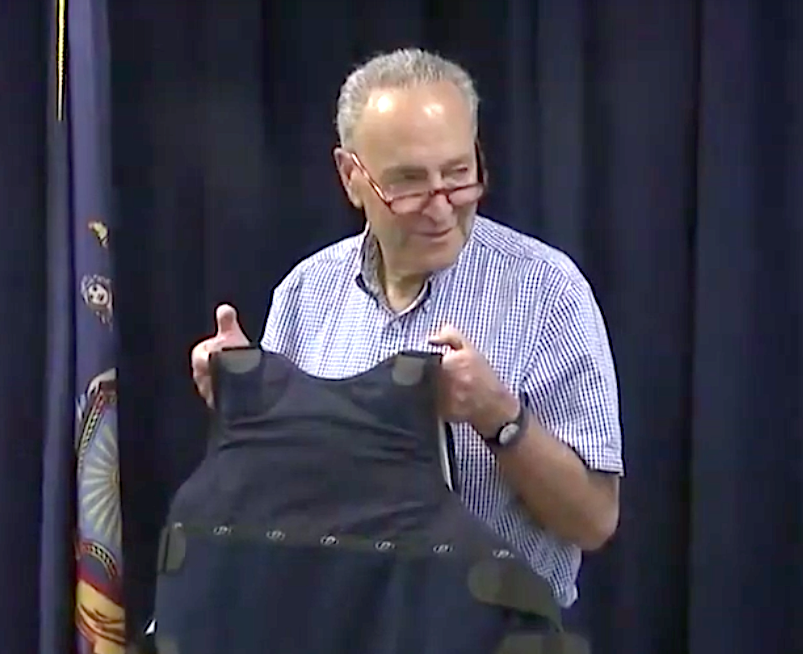 The legislation, which Schumer said he is drafting, would mean that anyone except law enforcement would have to pass an FBI background check similar to one passed for firearm purchases.

Dayton shooter Connor Betts, 24, was clad in body armor when he gunned down nine people before police killed him on Aug. 4, CNN reported. (RELATED: At Least 9 Dead And 26 Wounded In Dayton, Ohio, Mass Shooting)

Current law allows for everyone except convicted criminals to purchase bulletproof vests in person, online or by phone everywhere except Connecticut, which requires in-person purchases only.

Bulletproof vests can be purchased for $185, and a tactical mask can be added for $10, for anyone other than convicted criminals, according to Schumer.

Convicted criminals have been prohibited from buying body armor since a federal law was passed in 2002. Violations are punishable by up to three years in prison.