Goldsmiths, University of London is set to clear its shelves of all beef products and levy fees on single-use plastics in an effort to combat global warming.

Plastic water bottles and cups will be subject to a 10p ($0.12) fee in the university’s push to become carbon neutral by 2025. Administrators will also substantially increase solar panel construction to reach a goal of 100% clean energy, BBC reported Monday.

“Our house is on fire,” Goldsmiths Students’ Union President Joe Leam told BBC in reference to the planet’s climate. 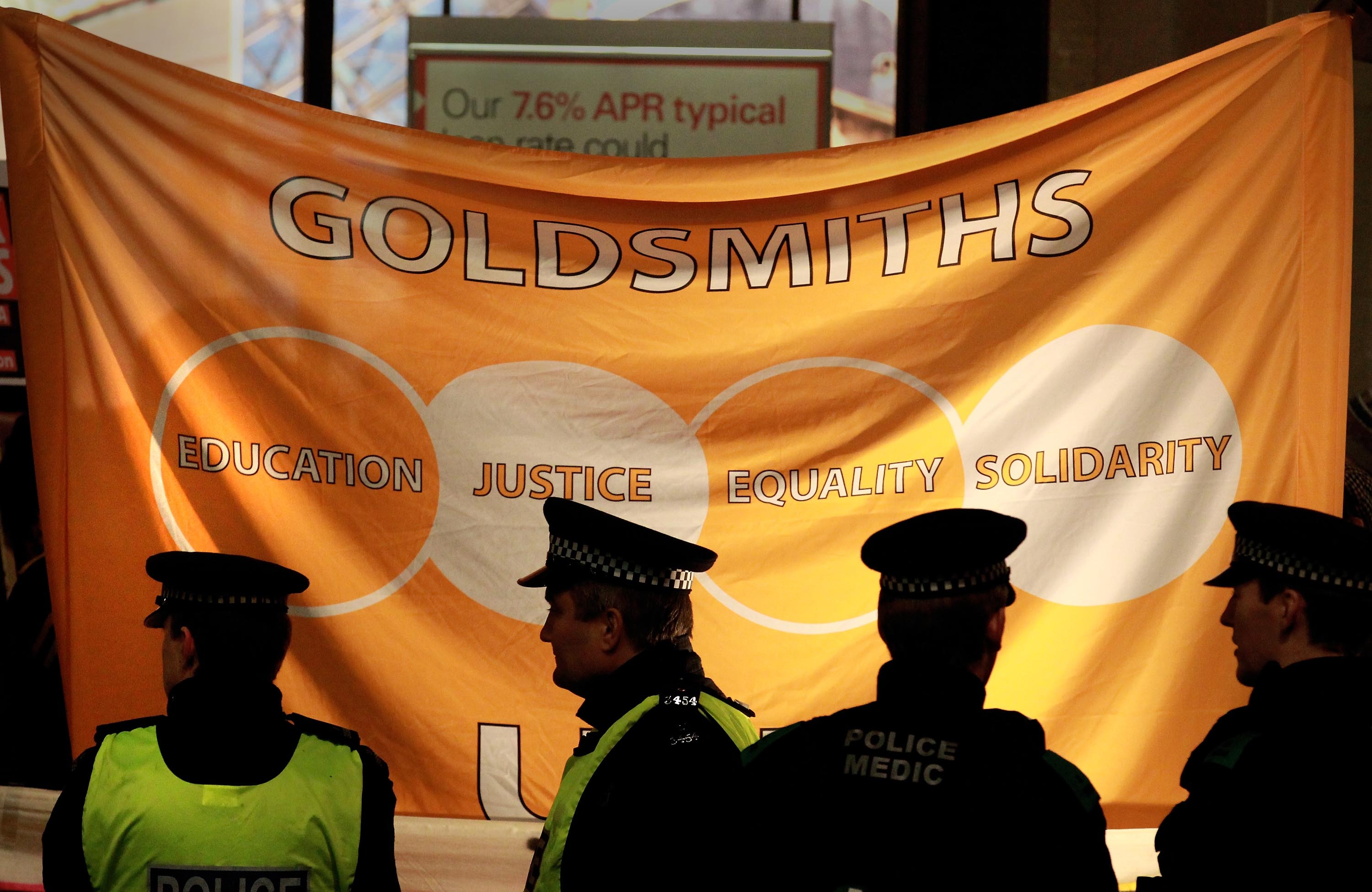 Police officers stand in front of a banner as students protest opposite The Department for Business on Dec. 13, 2010 in London, England. (Photo by Peter Macdiarmid/Getty Images)

“Though I have only just arrived at Goldsmiths, it is immediately obvious that our staff and students care passionately about the future of our environment and that they are determined to help deliver the step change we need to cut our carbon footprint drastically and as quickly as possible,” Goldsmiths head Frances Corner reportedly said.

“I truly believe we face a defining moment in global history and Goldsmiths now stands shoulder to shoulder with other organisations willing to call the alarm and take urgent action to cut carbon use,” she told BBC.

Goldsmiths has also been involved in large-scale recycling and food waste activities in previous years. The move Monday to nix beef has earned admiration from Greenpeace UK, a large environmentalist group, The Independent reported.

Democrats in the U.S. seem to echo rhetoric about a “climate emergency.”

“Millennials and Gen Z and all these folks that come after us are looking up, and we’re like, ‘The world is going to end in 12 years if we don’t address climate change, and your biggest issue is how are we gonna pay for it?'” New York Democratic Rep. Alexandria Ocasio-Cortez said in January.