Democratic Hawaii Rep. Tulsi Gabbard said Monday she will be taking two weeks leave from her presidential campaign to report for active duty, as she serves with the Hawaii Army National Guard.

Gabbard will be leaving for two weeks to do a  joint training exercise mission in Indonesia, saying she is not worried about how it will affect her presidential campaign and that she is looking forward to serving her country, CBS News reported.

“I’m stepping off of the campaign trail for a couple of weeks and putting on my army uniform to go on a joint training exercise mission in Indonesia,” Gabbard said. In 2017, the Hawaii congresswoman also took two weeks off to report for duty.

“I love our country. I love being able to serve our country in so many ways including as a soldier,” Gabbard continued. “And so while some people are telling me, like gosh this is a terrible time to leave the campaign, can’t you find a way out of it? You know that’s not what this is about.” (RELATED: Tulsi Gabbard Steals Show At Dem Debate In Gorgeous White Pantsuit) 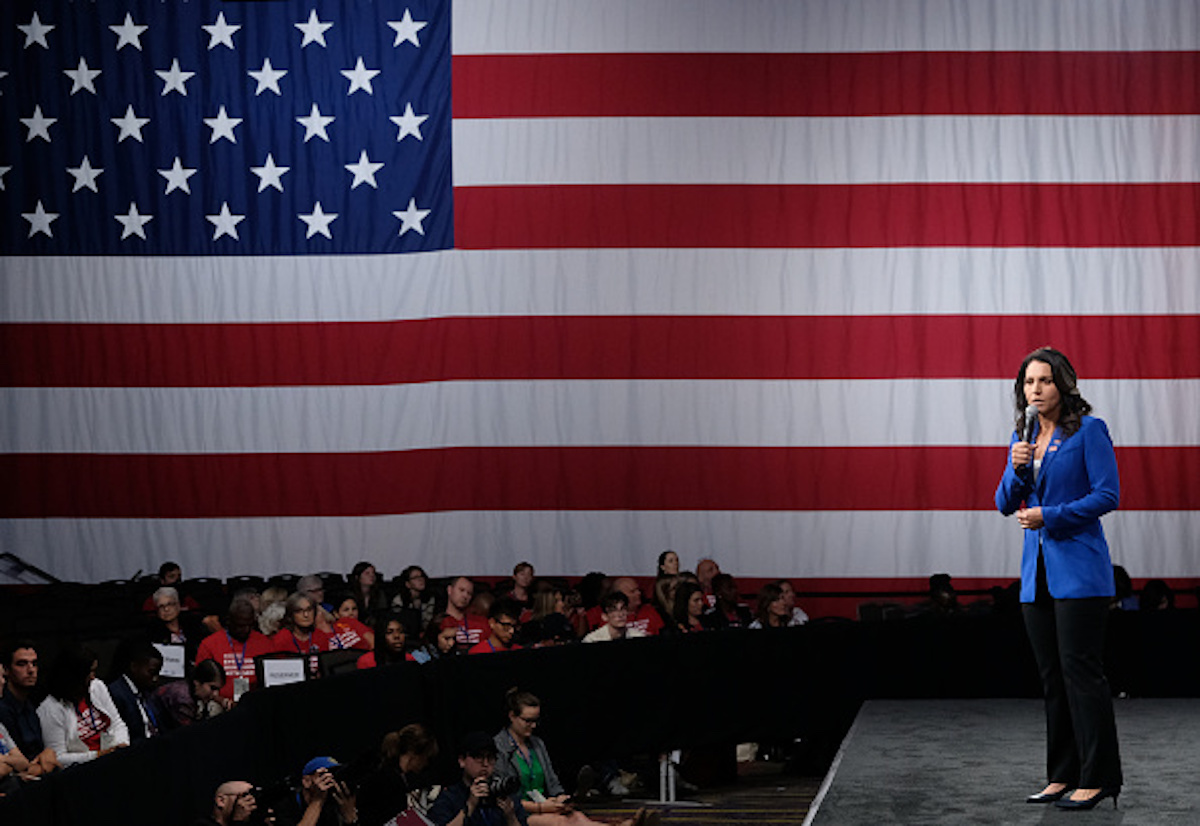 Gabbard has continued to criticize fellow 2020 Democratic presidential candidate Kamala Harris throughout the Democratic debates.  Gabbard said that Harris, instead of choosing to “make a difference” in her role as California’s attorney general, “did the exact opposite” by making decisions that “ended up hurting people.” (RELATED: Rep. Tulsi Gabbard Will Run For President In 2020)

Gabbard served in Iraq with the Hawaii Army National Guard between 2004 to 2005.