“Sen. Sanders is a member of a large club of politicians — of every ideology — who complain about their coverage,” executive editor Martin Baron said. “Contrary to the conspiracy theory the senator seems to favor, Jeff Bezos allows our newsroom to operate with full independence, as our reporters and editors can attest.”

Sanders insinuated that WaPo gave him unfavorable coverage because he is a longtime critic of Amazon, which Bezos founded, at a town hall in Wolfeboro, New Hampshire, Monday. (RELATED: Trump Says Kim Jong Un Sent Him A ‘Small Apology’ For Testing Short-Range Missiles)

“Anybody here know how much Amazon paid in taxes last year?” Sanders asked according to USA Today. 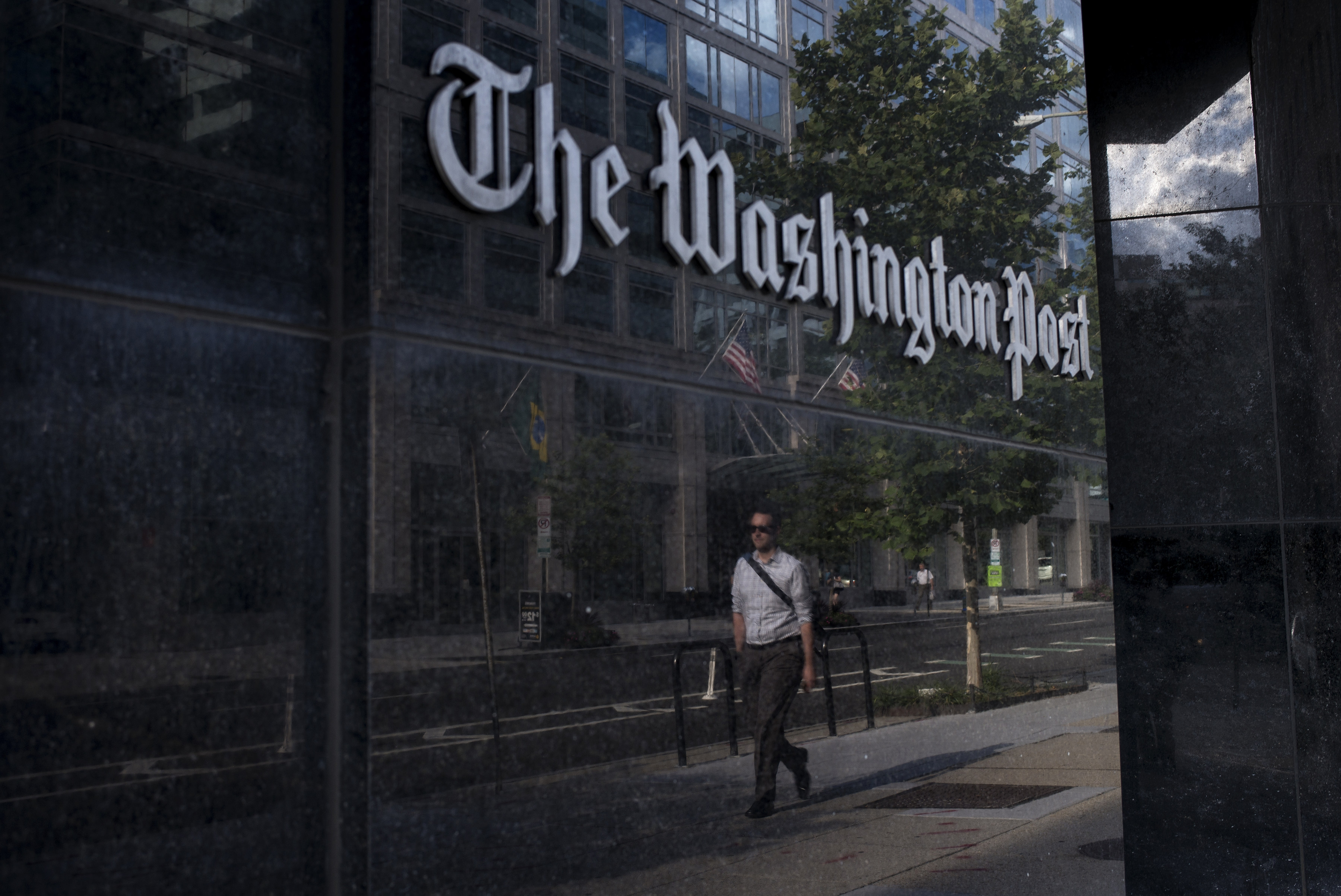 A man walks past The Washington Post on August 5, 2013 in Washington, DC after it was announced that Amazon.com founder and CEO Jeff Bezos had agreed to purchase the Post for USD 250 million. (BRENDAN SMIALOWSKI/AFP/Getty Images)

“Nothing,” responded the audience.

“I talk about that all of the time, and then I wonder why The Washington Post, which is owned by Jeff Bezos, who owns Amazon, doesn’t write particularly good articles about me. I don’t know why, but I guess maybe there’s a connection,” Sanders said.

Trump made similar accusations as far back as 2016.

“[E]very hour we’re getting calls from reporters from The Washington Post asking ridiculous questions. And I will tell you, this is owned as a toy by Jeff Bezos, who controls Amazon. Amazon is getting away with murder, tax-wise. He’s using The Washington Post for power so that the politicians in Washington don’t tax Amazon like they should be taxed,” Trump said on “Hannity” in May 2016.

Sanders’ critique comes after WaPo published a story about Sanders’ reported failure to pay staffers an annual salary equal to the $15 hourly wage that Sanders said should be the minimum for all workers. The story came out in July.

“Did you struggle with the demanding working conditions at Amazon? Please share your story below,” the site says above a questionnaire.