Caster Semenya, who was barred from an upcoming running championship in September for high testosterone levels, noted a lack of support and recognition in female running Wednesday.

The two-time women’s Olympic champion and 800-meter runner is from South Africa. A Swiss Federal Tribunal ruled Semenya’s testosterone was too high, reversing a previous decision in June. The runner has other concerns, mainly a lack of support from co-competitors, Reuters reported.

“Since I have been in sport I have never really felt very supported, I’ve never felt recognized mostly by women,” Semenya said Wednesday during a women’s conference in Johannesburg.

Semenya also said there have been “rude responses” from other women on the track.

“I think it comes more into the international stage when you see your own rivals come with this … what can I call it … these rude responses in terms of me competing against them,” the South African runner said. 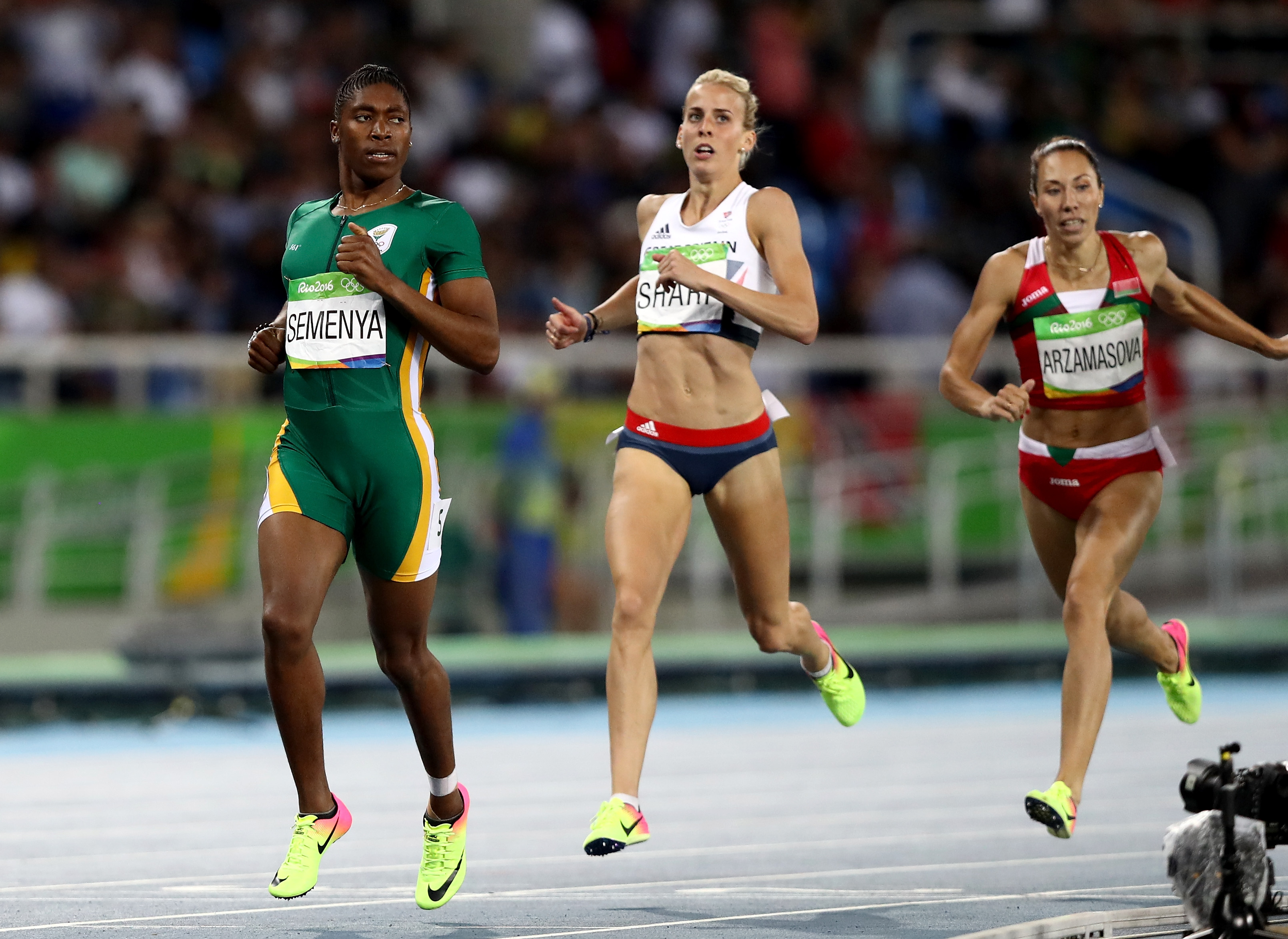 Caster Semenya of South Africa and Lynsey Sharp of Great Britain compete in the Women’s 800m Semifinals on Day 13 of the Rio 2016 Olympic Games at the Olympic Stadium on Aug. 18, 2016 in Rio de Janeiro, Brazil. (Photo by Ezra Shaw/Getty Images)

The International Association of Athletics Federations (IAAF) ruled in 2018 that testosterone levels exceeding 5nmol/L would not be permitted in female running for certain events. If runners want to compete, they must decrease their levels to a number below this cutoff, The Guardian reported.

Semenya sits above the testosterone cutoff. If the levels were lowered, Semenya could slow down by about seven seconds, according to some estimates. (RELATED: Women’s Olympic Champion Is ‘Biologically Male,’ IAAF Says)

“The IAAF divides competition into male and female classifications because male athletes have clear performance advantages in terms of size, strength and power, as a result (in particular) of increased lean body mass and increased serum hemoglobin, which in turn is due mainly to the fact that, starting from puberty, they produce 10‐30 times more testosterone than women. As noted above, the CAS has found that this difference justifies protecting female athletes from competition from male athletes,” the IAAF stated.

Semenya continues to show interest in competing in the sport.

“Whoever is going to stop me from running is going to have to drag me out of the track,” the runner said.