Dalia Al-Aqidi said Omar has largely refused to grant sit-down interviews to U.S. media outlets, while doing so with Al Jazeera, which is owned by the government of Qatar.

Al-Aqidi is a longtime journalist who has covered the White House and the Iraq war for Alhurra TV, a U.S.-based Arabic network, where the Chicago Tribune lauded her as the “most-watched TV reporter no one in America has seen.” She has also contributed stories to the U.S. government-run Voice of America and the Saudi-government-run Alarabiya in the past. She previously fled Hussein’s Iraq.

“I dared her to give me a 30 minute 1-on-1 interview. I believe we have things in common we can discuss — we’re both immigrants, women, and Muslims. And from what I’ve seen from her she only gives interviews to Al Jazeera,” Al-Aqidi told the Daily Caller News Foundation.

“Two hours later, CAIR started following me” on Twitter, she said, referring to the Council on American-Islamic Relations. “So I pointed out CAIR’s connection to the Muslim Brotherhood.”

Soon after, it was as if Al-Aqidi didn’t exist on Twitter. From her side, everything looked normal. She never received communications from Twitter notifying her of violating its terms of service, and she could log in and send tweets.

But no one could see them. When a user searches her name on Twitter, it never comes up in the autocomplete. If you type in her screen name “@dalia30,” it does not come up, with Twitter instead suggesting @dalia30900915. When you search for key words that she has tweeted, her own missives are missing from the search results. 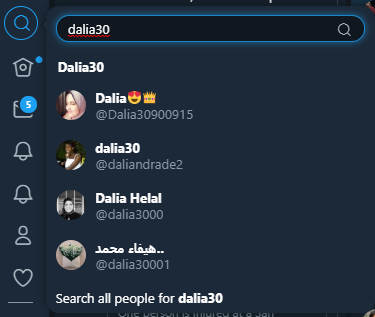 “I was tweeting and didn’t know anything was wrong until my friend texted me and said what’s wrong with your twitter. Because from my side, everything looked perfect. I can put my name on twitter and it comes up, but for everyone else it doesn’t. Nobody could see my tweets unless I replied. I asked twitter customer service and was ignored,” she said.

Known as a “shadow-ban,” the practice of Twitter secretly preventing others from seeing someone’s tweets, while misleading the user that this is not happening, is so common that a website, shadowban.eu, tests for it. It confirms that Al-Aqidi is shadow-banned.

“I feel like a kid in a detention center. And I’m very upset,” she said.

@IlhanMN I dare you to give me a 30 minute face to face interview. From one Muslim immigrant to another. If you have the courage to face someone other than your AlJazeera @ajmubasher friends. #DaringOmar4Interview

Katie Rosborough, a spokeswoman for Twitter, replied “we’re looking into this” to questions from the DCNF including what policies Al-Aqidi allegedly violated and why Twitter implements “shadow bans” that silence people without letting them realize that they’ve been silenced.

Two spokespeople for Omar did not return a request for comment.

Al-Aqidi said Omar’s refusal to engage with the U.S. media is what led to her demanding an interview over Twitter. “We can’t reach her, so I did it this way,” she said.

In July, emails to Omar’s spokesman, Jeremy Slevin, were greeted with an unusual automatic bounceback saying that reporters who want comment from Omar on an issue should not expect a response. “Thank you for your interest in covering Rep. Omar. Due to the high volume of requests right now, our office is unable to respond to each of them individually. If we are able to accommodate yours, we will be sure to get back to you. Thank you for understanding!”

“She’s been unwilling to address any of these questions” about ethical issues, Kevin Diaz, the editor of the local paper in Omar’s district, the Star Tribune, told PolitiFact. (RELATED: Ethics Complaint Against Ilhan Omar For Possible Perjury, Immigration Fraud)

“I feel like I’m suffocated. The only time I’ve felt that way was when I fled Iraq 31 years ago, and if that’s what Ilhan Omar is trying to implement here, then Americans should know. I’m supposed to be protected by the Constitution, but apparently Twitter doesn’t believe that,” Al-Aqidi said. 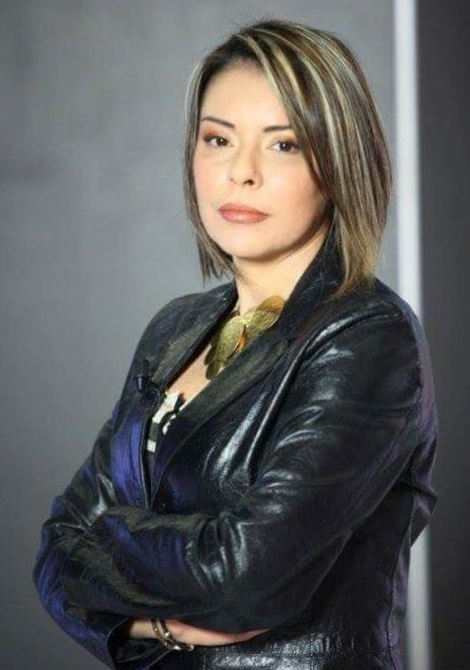 Twitter previously banned Laura Loomer after CAIR complained that she had accused Ilhan Omar of anti-Semitism.  CAIR told the Wall Street Journal it was rare for the group to ask Twitter to sanction users, and only did it because it believed Loomer was Islamophobic.

“The council doesn’t often step in to advocate against other users, says Executive Director Zahra Billoo, but did so in the case of Ms. Loomer based on her previous comments about Muslims,” the Journal wrote.

Al-Aqidi said Omar has become accustomed to hiding behind all criticism by calling people Islamophobic, and that she is hiding from an interview with her because that would not work.

In 2018, a Vice News investigation revealed that Twitter was shadow-banning several prominent Republicans. One of them, Rep. Matt Gaetz of Florida, filed a Federal Election Commission (FEC) complaint against Twitter, accusing the company of making an illegal in-kind donation to his opponents by suppressing his account.