Jeffrey Epstein is dead, but the woman accused of being his madam remains is still free, though she is facing a lawsuit from one of his alleged victims.

Anybody who has ever seen a picture of Jeffrey Epstein has probably also seen a picture of Ghislaine Maxwell. Maxwell’s association with Epstein became even more important after his apparent suicide in custody. Maxwell has been photographed with big names including presidents, members of the royal family, and other celebrities. She may also be a co-conspirator in one of the biggest sex scandals in American history. (RELATED: Jeffrey Epstein Found Dead After Apparent Suicide)

Maxwell has been accused by multiple women of facilitating and even taking part in Epstein’s alleged sexual assaults of minors. She was the subject of a defamation suit filed by Virginia Roberts Giuffre, one of Epstein’s alleged victims. Giuffre claims that Maxwell hired her as a masseuse when she was 15 to perform sexual favors for Epstein.

“She brought me there under the preclusion [sic] that I was going to be trained as a masseuse and that she instructed me to take off my clothes and to give oral sex to Jeffrey Epstein,” Giuffre testified about Maxwell.

One of the most disturbing allegations against Maxwell came from Maria Farmer, who alleges that she and her 15-year-old sister had been assaulted by Epstein in the 1990’s. Farmer filed a sworn affidavit claiming that Epstein and Maxwell flew the sisters out to Epstein’s New Mexico ranch, where both Epstein and Maxwell allegedly directed one of the sisters to “to take off all of her clothes and get on a massage table,” and then proceeded to assault her. (RELATED: Bill Barr Says Epstein’s Death ‘Raises Serious Questions’)

Maxwell was once again sued by one of Epstein’s alleged victims just days after his death. The lawsuit filed by Jennifer Araoz, alleging that Maxwell and three other female associates of Epstein “participated with and assisted Epstein in maintaining and protecting” Epstein’s sex-trafficking ring. Aaroz claims Epstein raped her in his Manhattan penthouse when she was just 14 years old.

A report from Vanity Fair published Tuesday shows just how much control over Epstein’s life the British socialite had.

On the weekends in the 1990s, Maxwell would have her Rollerblades FedExed to Epstein’s island in the Caribbean, and said she got her helicopter’s license so she could transport anyone she liked without pilots knowing who they were. Maxwell also said the island had been completely wired for video; the friend thought that she and Epstein were videotaping everyone on the island as an insurance policy, as blackmail.

The Vanity Fair story depicts a woman entranced, and perhaps in love with Epstein, who chillingly dismissed Epstein’s pedophilia.

“When I asked what she thought of the underage girls, she looked at me and said, ‘they’re nothing, these girls. They are trash,’” a woman told Vanity Fair.

Maxwell would also allegedly refer to the girls as her “slaves,” part of the way she and Epstein allegedly dehumanized the young girls who they would allegedly traffic.

It’s possible that Maxwell’s upbringing could have attracted her to Epstein, a handsome, smooth-talking sociopath. Maxwell’s father was Robert Maxwell, a former British member of parliament and media mogul who also died under mysterious circumstances. Robert Maxwell was never charged with a crime while he was alive, but shortly after his untimely 1991 death, discrepancies began to emerge in his finances and it was revealed that he had stolen hundreds of millions of pounds from his companies’ pension funds in order to prop up his businesses. Not long after that, she began her relationship with Epstein, although the exact timeline of their relationship remains relatively unknown.

Given her upbringing, it’s no surprise that Ghislaine Maxwell has friends in high places. Maxwell has been photographed with Presidents Bill Clinton and Donald Trump, as well as Prince Andrew among others. While Maxwell was never photographed with Epstein after the latter was forced to register as a sex offender in 2008, she clearly remained close to power. (RELATED: Alexander Acosta Claims He Was ‘Too Aggressive’ In Jeffrey Epstein Plea Deal)

Maxwell, however, has denied that Clinton ever visited Epstein’s private island, contrary to sworn testimony from Giuffre.

“This is the subject of defamation about Virginia and the lies she has told and one of the lies she told was that President Clinton was on the island where I was present. Absolutely, 1000 percent that is a flat out total fabrication and lie,” she said during a deposition. 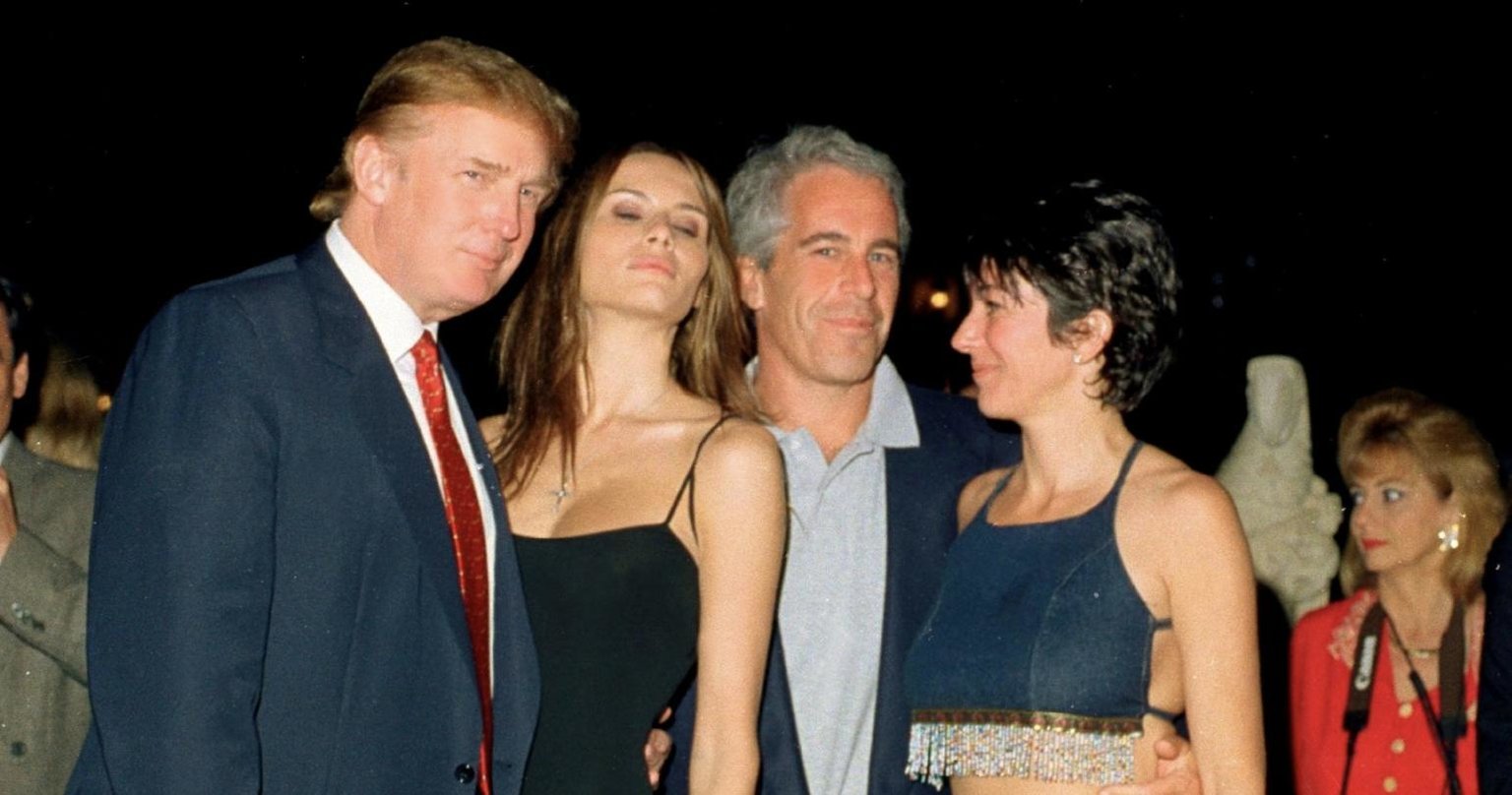 Donald Trump and his then-girlfriend, Melania, with the financier Jeffrey Epstein and the British socialite Ghislaine Maxwell at Trump’s Mar-a-Lago club in Palm Beach, Florida, on February 12, 2000. (Davidoff Studios/Getty Images)

Maxwell also was in the news just hours before Epstein’s alleged suicide, when documents related to Epstein were released, and implicated some major power players in the Democratic party, as well as a member of the British royal family. Unsealed documents released Friday night revealed that Giuffre had testified under oath that Epstein and Maxwell presented her for sex to Prince Andrew, prominent U.S. attorney Alan Dershowitz, and former Democratic New Mexico Governor and UN Ambassador Bill Richardson, and former Democratic Senate Majority Leader George Mitchell, who emerged as a front-runner for a Supreme Court opening before retiring following the 1994 elections. All named have denied any misconduct.

So, where is Ghislaine Maxwell?

Nobody seems to know, but everybody is wondering. Newser ran the headline, “Big Epstein Question: Where Is Ghislaine?,” an op-ed for the Washington Examiner asked “Where The Hell Is Ghislaine Maxwell?” while Rolling Stone noted that “With Jeffrey Epstein Dead, the Search Is on for Alleged Recruiter Ghislaine Maxwell.”

The Daily Mail reported Wednesday that Maxwell currently resides in a Massachusetts mansion with her 43-year-old boyfriend, although that has not been confirmed.

Wherever Maxwell is, she may be the last chance for Epstein’s alleged victims to finally receive justice, and the last chance to bring at least some closure to one of the biggest sex scandals in American history.