One thing about tragedies: They reveal people for who they really are. In the past two weeks, we’ve learned a lot about our media and political class. Our country endured two separate and horrifying mass shootings, one in El Paso, Texas, and the other in Dayton, Ohio. Between them, at least 31 people were murdered. Two massacres, back to back. It’s tempting to look for themes that connect them, but if there are any, they’re not political.

One gunman appeared to be a Trump voter. The other supported Sen. Elizabeth Warren. There’s no obvious ideological lesson here. But that hasn’t stopped the usual power-hungry politicians from trying to leverage human pain for political advantage. Here’s just a sampling of the commentary from the Democratic presidential field:

Rep. Beto O’Rourke: “You don’t get mass shootings like these, you don’t torch mosques, you don’t put kids in cages until you have a president who has given people permission to do that. And that is exactly what is happening in the United States of America today.” (RELATED: Seven Killed, 53 Injured In Chicago Shootings Over The Weekend)

Mayor Pete Buttigieg: “It is very clear that this kind of hate is being legitimized from on high.”

Warren: “White supremacy is a domestic terrorism threat in the same way that foreign terrorism threatens our people. And it is the responsibility of the president of the United States to help fight back against that, not to wink and nod and smile at it and let it get stronger in this country.”

Mayor Julian Castro: “This echoes the kind of language that our president encourages.”

Sen. Cory Booker: “I want to say with more moral clarity that Donald Trump is responsible for this.” 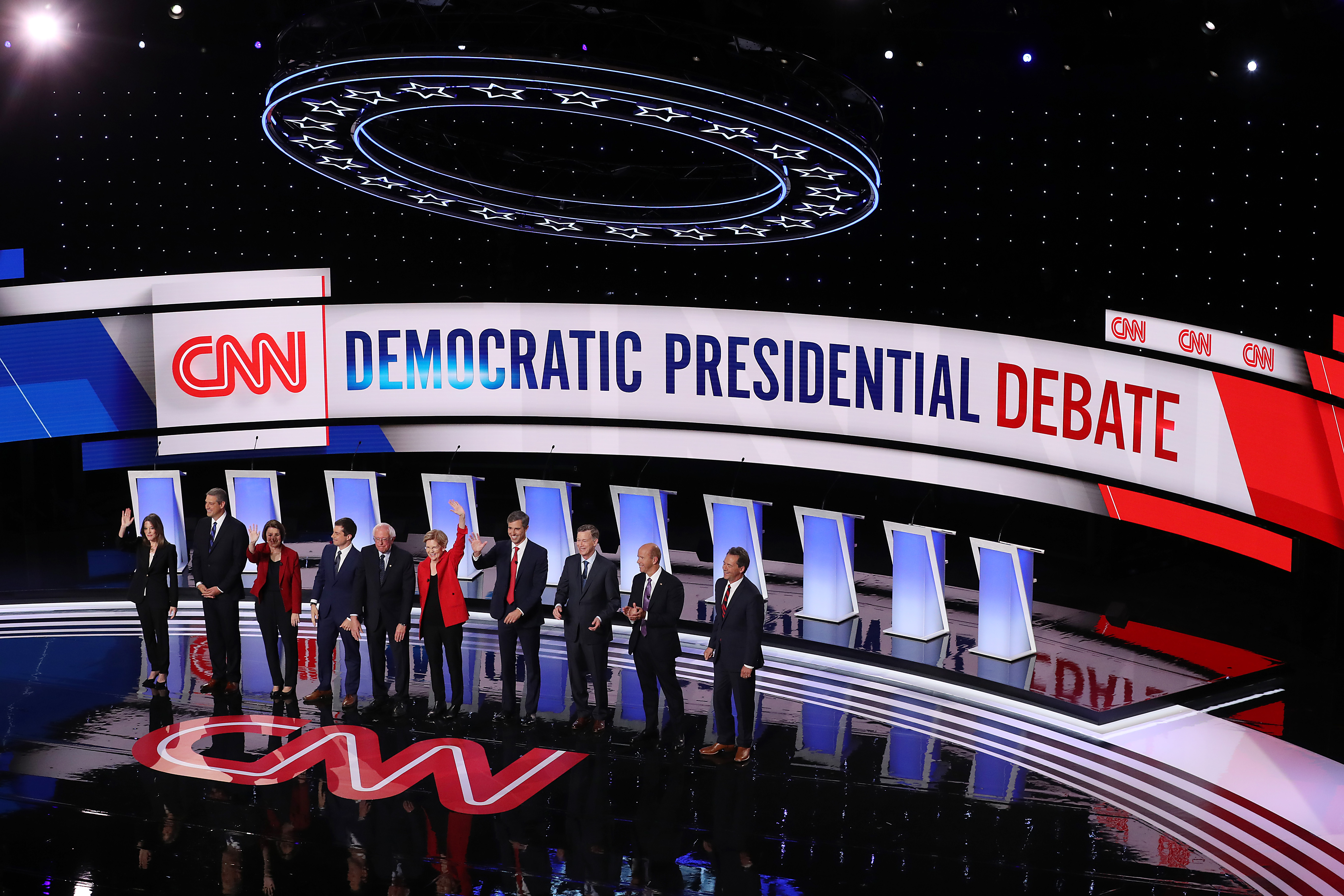 Thirty-one dead, and the only thing these politicians can think about is how to terrify Americans into voting for them. These are our political leaders. Their comments are disgusting. They’re also totally unimpressive, unequal to the task of fixing a society that on some days seems on the verge of collapse. Maybe that’s why they spend so much time trying to divert our attention from America’s actual problems.

Nobody really believes this is about Trump or about assault weapons. If only it were that simple. Our problems go far deeper. What’s the real diagnosis? Author James Howard Kunstler, one of our wisest cultural observers, summed it up this way: “This is exactly what you get in a culture where anything goes and nothing matters. Extract all the meaning and purpose from being here on earth, and erase as many boundaries as you can from custom and behavior, and watch what happens, especially among young men trained on video slaughter games.”

He’s right. Young men are the problem. Many of our boys are living in what Kunstler describes as an “abyss of missing social relations” with “no communities, no fathers, no mentors, no initiations into personal responsibility, no daily organizing principles, no instruction in useful trades, no productive activities, no opportunities for love and affection, and no way out.”

Our leaders are too cowardly to say so, but the signs are everywhere. Mass shootings are just the final manifestation. Suicide rates for young Americans are the highest ever measured. So are drug-related deaths. Fifteen percent of millennials still live with their parents. Fifty years ago, more than 80% of American adults ages 25 to 34 were already married and living with a spouse. Today, less than half of adults in that age range are married. A huge portion of American young people aren’t in any kind of relationship at all. It’s no wonder millions of young people feel helpless, miserable and alone. They lack friends or parents or religious organizations to give their lives purpose and moral coherence. They live in a suffocating culture they feel no control over: Local identity and local institutions are the weakest they’ve ever been in this country. (RELATED: Dayton, El Paso, And Other Mass Shootings Have This One Thing In Common) 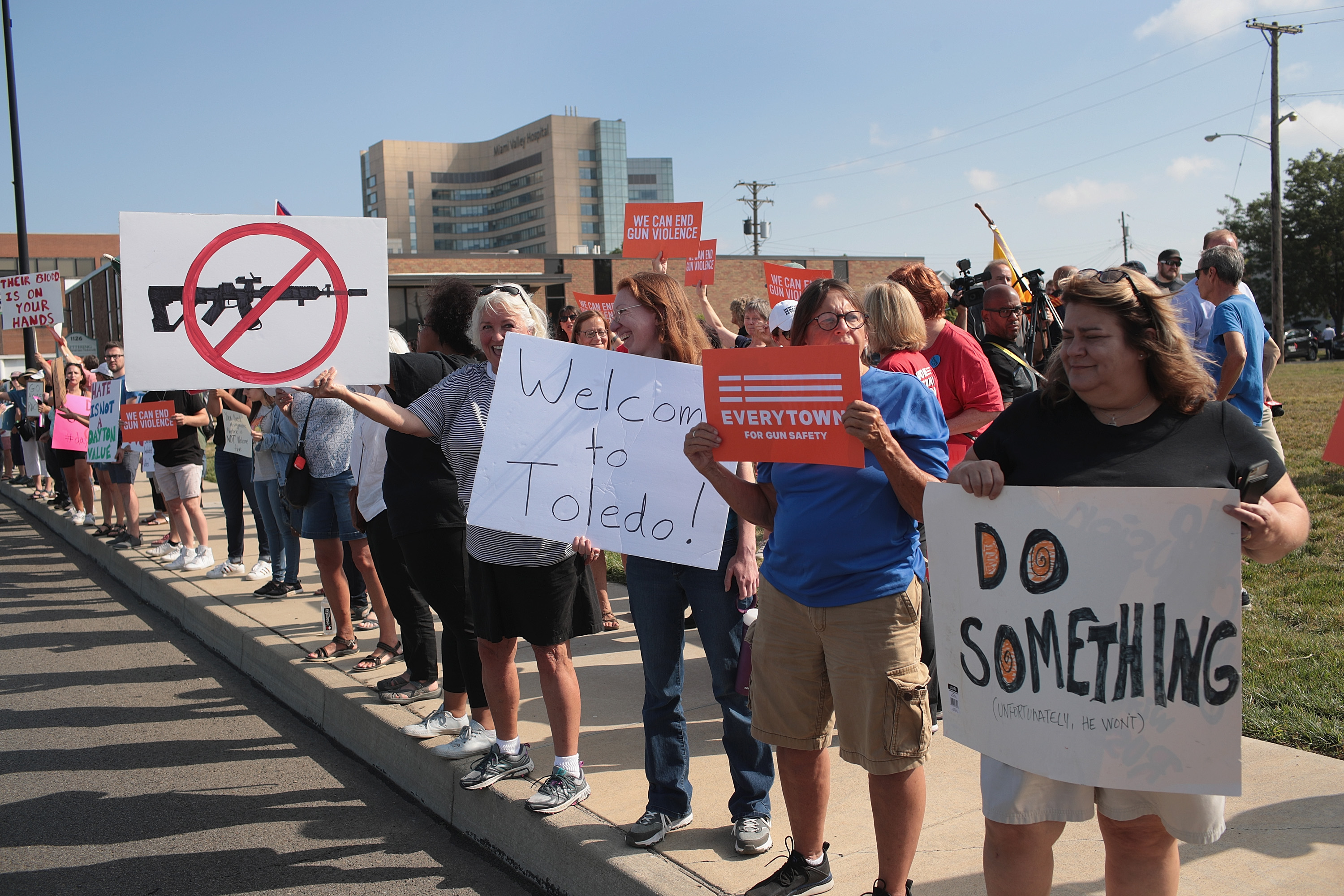 DAYTON, OHIO – AUGUST 07: Demonstrators line the street near Miami Valley Hospital in anticipation of a visit from President Donald Trump on August 07, 2019 in Dayton, Ohio. Trump was scheduled to visit the city to offer his support following Sunday’s mass shooting that left nine people dead and another 27 injured. The shooting happened less than 24 hours after a gunman in Texas opened fire at a shopping mall in El Paso killing 22 people. Trump is scheduled to visit El Paso later today. (Photo by Scott Olson/Getty Images)

Most people think our democracy is fake. The policies they live under, the jobs they hold and even their personal opinions are controlled by tech monopolists, media scolds and Washington bureaucrats. America is supposed to be a free country, but millions of young people look around and feel like they’re trapped in a stagnant dystopia. In such an environment, a few people will lash out in violence. Millions of others will simply fade away, from suicide or overdose or diabetes. This is the real crisis, the one that produced those horrifying scenes on TV over the weekend. Washington is happy to pretend it isn’t happening. But it is. You can’t ignore it forever.