Roughly one in five California state lawmakers was misidentified as a person who had been arrested when the American Civil Liberties Union used facial recognition software to screen their pictures against a massive database of available mugshots.

California Assemblyman Phil Ting, a Democrat, was one of 26 California legislators who was incorrectly matched, the Los Angeles Times reported Tuesday. Ting, who represents San Francisco, crafted a bill in May banning facial recognition software from being used on police body cameras.

“The software clearly is not ready for use in a law enforcement capacity,” Ting told reporters. “These mistakes, we can kind of chuckle at it, but if you get arrested and it’s on your record, it can be hard to get housing, get a job. It has real impacts.” (RELATED: San Francisco Bans Police From Using Facial Recognition AI To Help Identify Suspects) 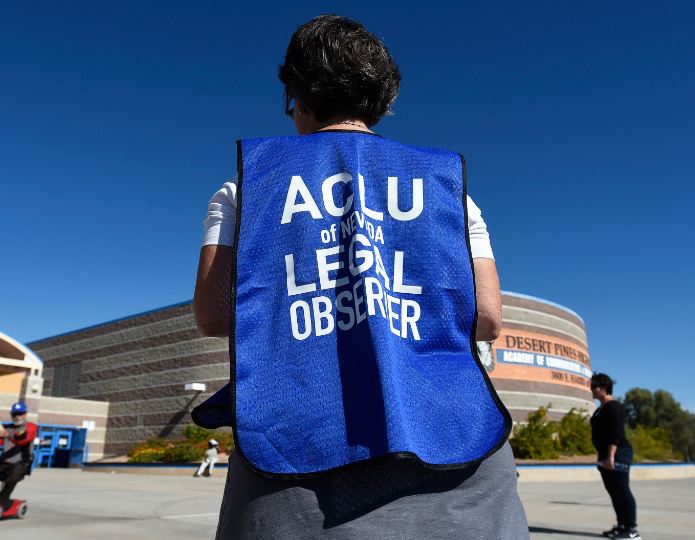 A member of the ACLU observes a polling station during voting in the 2016 presidential election at Desert Pines High School in Las Vegas, Nevada, U.S November 8, 2016. REUTERS/David Becker

San Francisco is already one step ahead of the rest of the state. The city voted in May to make the Bay Area the first major American city to block a tool police rely on to identify criminal suspects. Civil liberty groups worry the technology’s potential could push the U.S. in the direction of an overly oppressive surveillance state.

Critics of the ban argue San Francisco is effectively tossing the good out with the bad.

“It is ridiculous to deny the value of this technology in securing airports and border installations,” Jonathan Turley, a constitutional law expert at George Washington University, told reporters. “It is hard to deny that there is a public safety value to this technology.”

The technology is used in several cities across the country, but is not being deployed in San Francisco, despite local concerns. Police believe the decision hinders their job nonetheless. Authorities used a similar piece of technology to identify a person who shot and killed several people in 2018 at the Capital Gazette newsroom in Annapolis, Maryland.

The ACLU used Amazon’s facial recognition technology software, Rekognition, to make their conclusions. Amazon pushed back against the group’s methods. “The ACLU is once again knowingly misusing and misrepresenting Amazon Rekognition to make headlines,” a company representative told the Daily Caller News Foundation.

Such technology can be used to identify criminals and find missing and exploited children, provided it is used at the 99% confidence threshold, the representative said. A lower threshold is best used for broad purposes — finding photos of famous people in a crowd, etc.

The representative added: “We continue to advocate for federal legislation of facial recognition technology to ensure responsible use, and we’ve shared our specific suggestions for this both privately with policy makers and on our blog,”