John Fry, an investigative analyst at the IRS’s San Francisco office, was indicted Feb. 28 on charges that he unlawfully accessed and disclosed Suspicious Activity Reports (SARs) pertaining to Cohen and his businesses. He was also charged with misusing his government computer and illegally using a social security number. (RELATED: IRS Analyst Charged With Leaking Michael Cohen’s Financial Records)

He pleaded guilty to one count Wednesday, The Washington Post reported.

“And he was given that access in order to do his job as an investigative analyst. Fry thought that his politics were more important than his obligation to follow the law, and in that he was mistaken.” 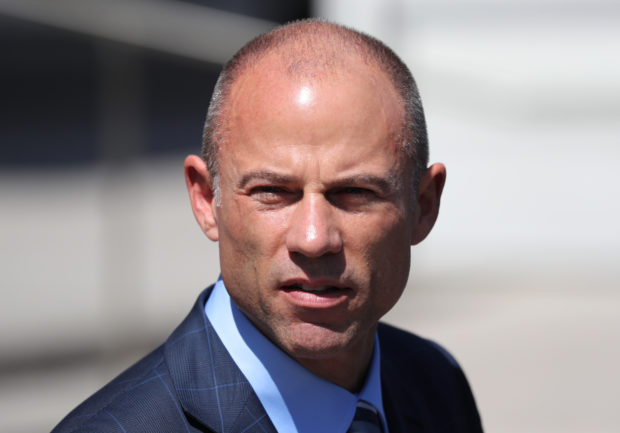 Michael Avenatti outside the U.S. District Court for the Central District of California in Los Angeles, California, April 20, 2018. REUTERS/Lucy Nicholson

Fry then “immediately” phoned Avenatti, who at the time was embroiled in a battle with Cohen over payments to Stormy Daniels. After their phone call, Fry conducted another search of IRS systems for Cohen records, prosecutors have said.

Avenatti provided the information to The Washington Post, which published a story based on the documents May 8, 2018. He also connected Fry to journalist Ronan Farrow, who published a story May 16, 2018. Farrow quoted Fry anonymously defending his leaks, claiming that he accessed the documents because he believed they had been removed from IRS systems as part of a cover up. That theory proved wrong, as the Cohen documents were removed from regular IRS systems because he was under criminal investigation at the time.

Fry faces up to five years in prison in the case, though he is likely to get far less jail time than that.

SARs of numerous Trump associates caught up in the Russia probe have been leaked to the media over the past several years. Natalie Mayflower Sours Edwards, a senior official at FinCEN, was arrested Oct. 17, 2018, and charged with leaking multiple SARs to BuzzFeed News.

Cohen is serving a three-year prison sentence for tax evasion, bank fraud, and making an illegal campaign contribution in the 2016 election.

Cohen acknowledged paying Daniels $130,000 in October 2016 to keep her from going to the press about an alleged affair she had with Donald Trump in 2006.