The New York Democrat, alongside Vermont Democratic Sen. Patrick Leahy, argued in the latter that programs with more direct links to public safety should be prioritized when allocating federal funds, and that a border wall was uncertain to diminish the crisis at the border, the Washington Times reports.

“Specifically, we ask you to consider supporting counter-violent extremism programs, domestic terrorism investigations at the FBI, gun violence research at the Centers for Disease Control and support services in schools and communities, such as school counselors,” the letter reads. (RELATED: Chuck Schumer Wants The FBI To Approve Bulletproof Vest Sales) 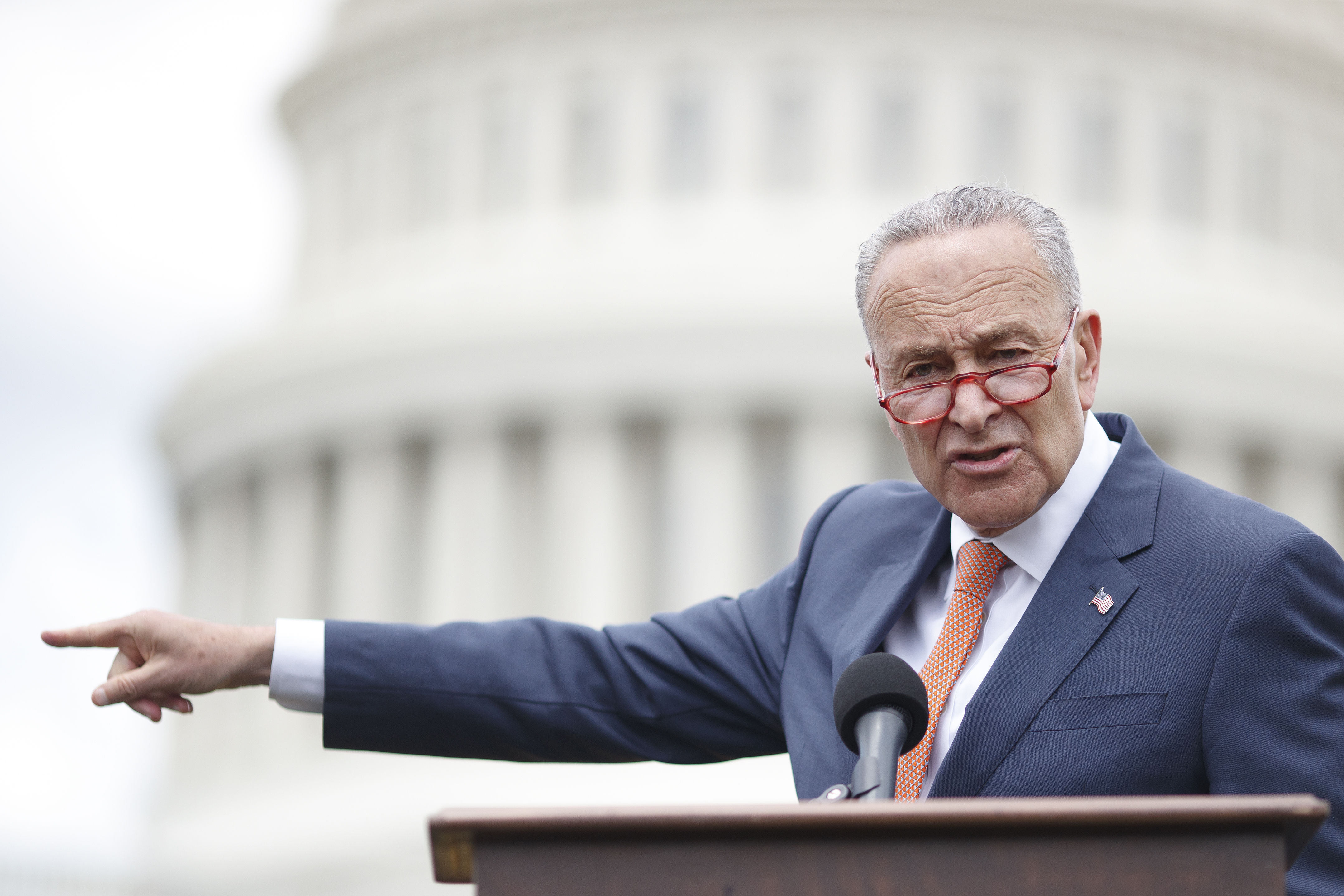 WASHINGTON, DC – JUNE 20: Senate Minority Leader Chuck Schumer (D-N.Y.) delivers remarks during a press conference with Democratic Lawmakers on gun violence along the east front of the U.S. Capitol on June 20, 2019 in Washington, DC. Republicans have blocked the Universal Background Checks bill in the Senate and Democrats are demanding a vote on the bill that would require background checks before almost all gun purchases, including private sales. (Photo by Tom Brenner/Getty Images)

Of the $8 billion requested for this year, only $1.375 billion was approved by Congress. The rest will reportedly come from Pentagon and Treasury Department funds, according to the Washington Times.

Schumer pointed out the fact that Trump only successfully secured $1.375 billion from Congress and that he lacked the needed support for his project.

“You did not have the support in Congress for an expensive and ineffective border wall then and you do not have it now,” Schumer wrote.

While Trump has shown some interest in further regulating firearms, including red-flag laws, expanding background checks, and banning bump stocks, it isn’t likely that he would sacrifice progress on constructing a border wall, the Washington Times says.

Before writing the letter, Schumer condemned Republican actions regarding white supremacist violence in a statement to the Hill.

“The dual scourges of gun violence and violent white supremacist extremism in this country are a national security threat plain and simple, and it’s time the Trump administration and Republicans in Congress start treating them as such,” he said.

“Now Republicans and this administration need to put their money where their mouth is when it comes to addressing gun violence and stopping the rise of domestic terrorism, especially stemming from white supremacy,” he continued.